About that stolen election in Honduras

The US is keen to keep the oligarchy in power 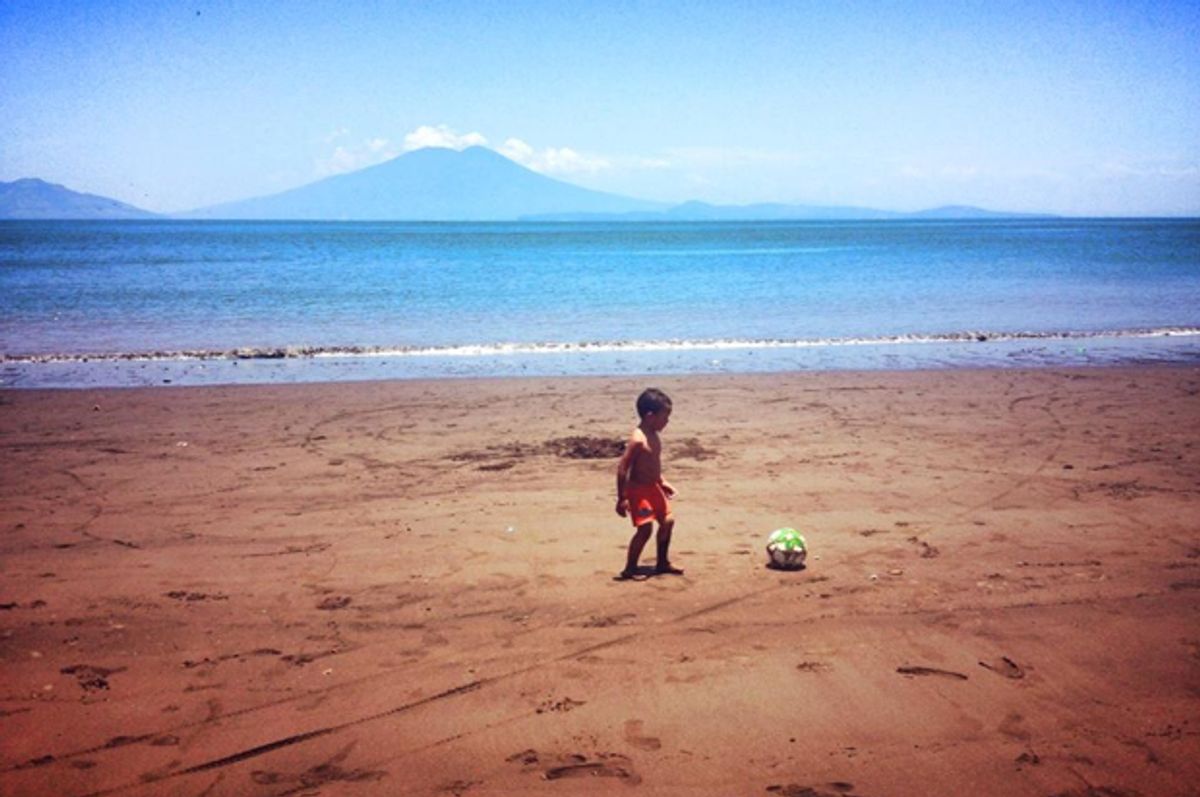 "The people are calling it a fraudulent and stolen election", said Dr. Luther Castillo Harry, when I asked him about the late November election in Honduras. Castillo Harry, who was the National Commissioner of Ministry of Health in the Honduras, looks despairingly at his native country. The institutions in his country have succumbed to bribery and coercion. He nods his head in pain, thinking about how a combination of the oligarchy and the United States has suffocated Honduras.

The current president, Juan Orlando Hernández, has destroyed whatever minimal legitimacy the state institutions once had. In 2012, as the head of the Honduran Congress, Hernández sacked four of the five Supreme Court justices and put in their place those loyal to him. This Court, friendly to Hernández then suggested that the term limits on presidential power were "inapplicable" to him. He could run for re-election in November 2017. When it became clear that he was not winning the popular vote, the Supreme Electoral Tribunal (TSE) shut down its system. Thirty-six hours later, when the vote count appeared, Hernández was in the lead. He has now been declared the winner.

Castillo Harry's despondency is not without basis. Things are so bad that even the Organization of American States, normally happy to toe the US line, has been outspoken in its condemnation of the stolen election. OAS asked Dr. Irfan Nooruddin of Georgetown University to look at the TSE data and at the dramatic vote swing that occurred over the 36-hour period of silence. His report, published December 17, shows that there are glaring irregularities in the process. "The pattern of votes," Dr. Nooruddin writes, "is suspicious." He shows that the irregularities cannot be explained "as pure chance." This is out-and-out rigging.

Based on Nooruddin"s report, the OAS Secretary General, Luis Almagro, offered a most detailed denunciation of the election. It is worth reading in full.

"Deliberate human intrusions in the computer system, intentional elimination of digital traces, the impossibility of knowing the number of opportunities in which the system was violated, pouches of votes open or lacking votes, the extreme statistical improbability with respect to participation levels within the same department, recently printed ballots and additional irregularities, added to the narrow difference of votes between the two most voted candidates, make it impossible to determine with the necessary certainty the winner."

This is as close to an invalidation of an election as one could get.

The person who "lost" the stolen election, Salvador Nasralla of La Alianza de Oposición contra la Dictadura, the opposition front, has called for a re-election. This is just what the OAS has also demanded: "a new call for general elections."

Hernández is not keen to call a new election. He has tried to use the full force of the military and police establishment to crush any protest. Hundreds of people have been injured and dozens killed. The numbers rise with each hour. Castillo Harry says that the same kind of repression used in the 1980s is now visible. In fact, Hernández's advisor for security comes from the CIA-created death squad, Battalion 316. Sections of the security forces loyal to Hernández have been entering people's homes at night, arresting them, disappearing them. "We have a large group of missing comrades," says Castillo Harry. They "have been captured and disappeared and are not yet reported as missing."

But matters are not entirely grave. Castillo Harry points to the sections of the security forces that have refused to comply with the President’s orders. Four hundred members of the elite COBRAS special unit of the police returned to their barracks. They would not fire on their fellow Hondurans. Castillo Harry says that the president personally called the barracks to urge them on. He promised higher salaries and better benefits for the military if they too did his bidding. That there have been these some "human rights mutinies" suggests that there is a fracture in the repressive forces. There is hope here.

The United States has fully backed Hernández in his campaign for re-election. Professor Dana Frank of the University of California Santa Cruz and a close observer of Honduras told me that Trump’s Chief of Staff John Kelley was close to Hernández when he was the head of Homeland Security. He called Hernández a "good guy," a "great friend" and said that Hernández was doing a "magnificent job." Stolen election or not, Frank says, "Everyone knows that the US wants Hernández in power no matter what."

Palmerola (Soto Cano) Air Base, in Comayagua, 50 miles northwest of the capital Tegucigalpa, is one of the few major US military bases in Latin America. It was set up in 1983 for the US to support its contra allies in Nicaragua and its allies in the Honduran military. It is said in Honduras that the US actively participated in the coup against President Zelaya in 2009 because his agenda included the closure of this base. It should be pointed out that the US has directly intervened in the Honduras several times to protect its interests: in 1903, 1907, 1911, 1912, 1919, 1920, 1924 and 1925. Since the 1980s, however, it has relied on friendly people in the Honduran military and in the Honduran oligarchy to do its bidding. No wonder then that the US is keen to keep the oligarchy in power rather than allow left-leaning Nasralla and his popular alliance to take office.

Castillo Harry is on tour of the United States to speak out about the stolen election. He is being joined by mayors of several cities in Honduras, including Mayor Jose Arnold Avelar Hernandez, who is a leading member of La Alianza de Oposición contra la Dictadura. They would like the people of the United States to ensure that the Trump administration not be allowed to validate the stolen election. Heide Fulton, the top US diplomat in Honduras, said that the US "is ready to work with whomever is the winner." The problem is that in a stolen election, the winner did not necessarily win.

Dario Euraque, who was in the cabinet of the deposed government of Zelaya, told me that there is "extreme anger, sadness and hope" in the country. Hope comes from the "mobilizations and creativity of the people despite the repression and isolation." These protests are indeed continuing. Frank agrees, "The current protests build on deep, brave commitments on the part of ordinary Hondurans." Castillo Harry says that these protests are "in the hands of the community based organizations." This element, he says, did not exist so robustly in 2009 to defend the government against the coup. Today, he says, there are more than 134 places around the country held by the resistance, with young people in the lead. Almost all those who have been killed are young activists.

"Only the people save the people," Castillo Harry says, repeating a slogan that has appeared in the protests. The walls of cities and towns in Honduras have been painted with the orchid, the national flower. Until 1969, the national flower of Honduras was the rose, although the rose is not native to the country. The orchid however is native to Honduras. There is a poetic sense that this protest is of people who want to take their country back. The stolen election is perhaps the last straw.

Vijay Prashad is the Chief Editor of LeftWord Books (leftword.com) and the Director of Tricontinental: Institute for Social Research. He is the author of 25 books, the most recent ones being "Red Star Over the Third World" (LeftWord, 2017) and "The Death of the Nation and the Future of the Arab Revolution" (University of California Press, 2016)His columns appear at AlterNet every Wednesday.