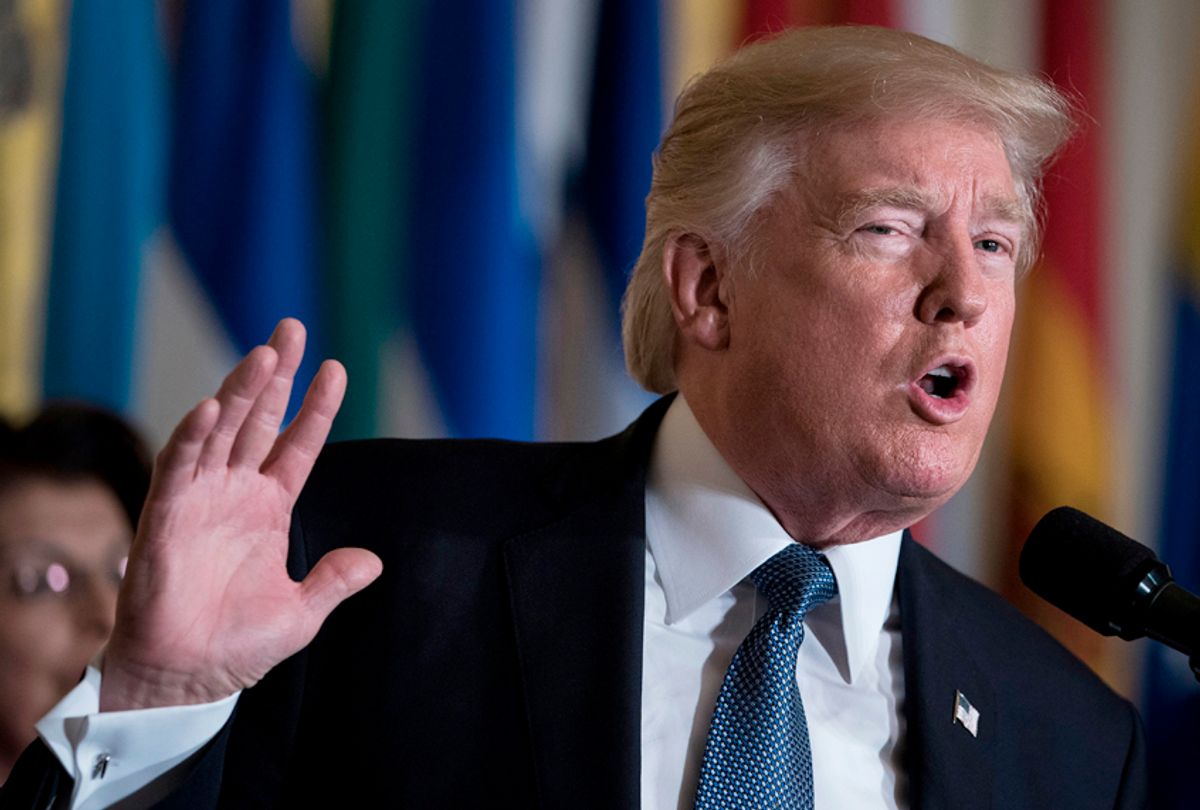 President Donald Trump is attracting considerable criticism for a recent interview in which he raised grave questions about whether he understands the proper limits of his own presidential power.

Trump also raised eyebrows by proclaiming that he can do whatever he wants with the Justice Department.

"What I’ve done is, I have absolute right to do what I want to do with the Justice Department," Trump told the Times after being asked about whether the Justice Department should reopen the Hillary Clinton email investigation. "But for purposes of hopefully thinking I’m going to be treated fairly, I’ve stayed uninvolved with this particular matter."

Trump also tried to pivot attention from accusations that his campaign colluded with Russia by cooking up similar claims against the Democrats.

Trump also misrepresented the argument made by Harvard law professor Alan Dershowitz, who merely argued that Trump would not have obstructed justice by firing former FBI Director James Comey even if his motive was to stop the investigation into Michael Flynn. "He said, No. 1, there is no collusion, No. 2, collusion is not a crime, but even if it was a crime, there was no collusion."

Trump also repeated his criticism of Attorney General Jeff Sessions for recusing himself from the investigation, claiming that Obama's attorney general Eric Holder "totally protected him" by contrast.

Not all of the criticism stemming from Trump's latest interview has been directed against the president himself. Many on Twitter have called out The New York Times for what they claimed was an insufficiently aggressive, or even implicitly favorable, approach toward the interview.