Trump: "We could use a little bit of that good, old global warming"

As the temperature drops, the president turns up the climate-change denial 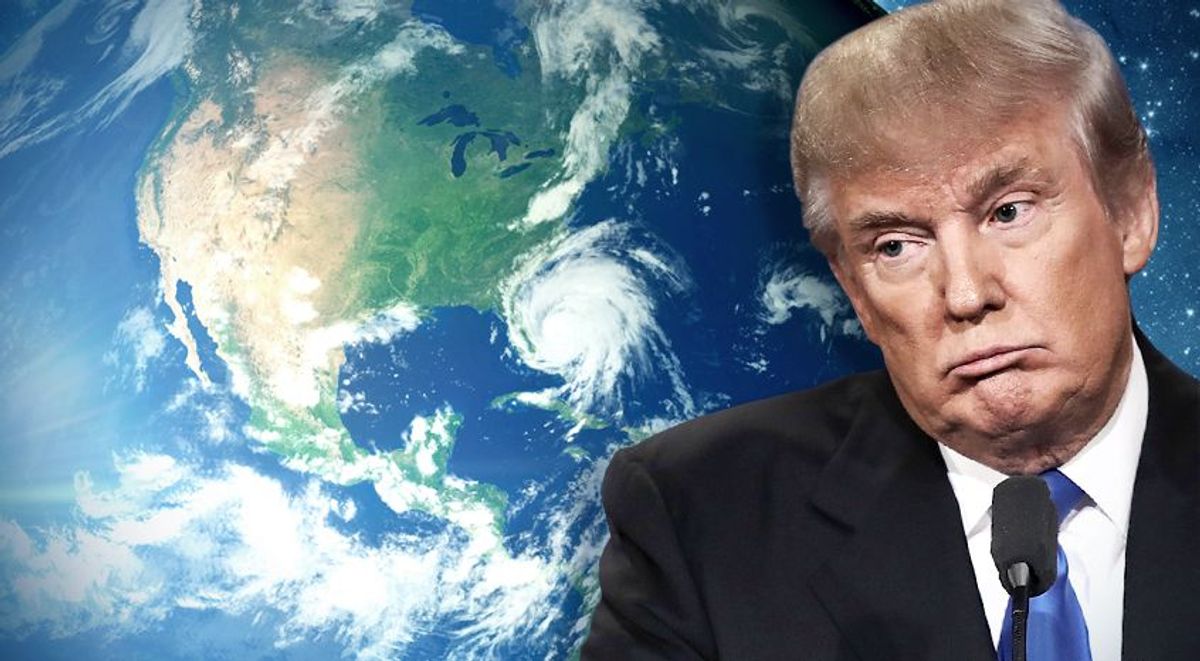 According to President Donald Trump, if one region of the world is experiencing a cold spell, it's iron-clad proof that global warming is made up.

On Thursday, he tweeted, "In the East, it could be the COLDEST New Year’s Eve on record. Perhaps we could use a little bit of that good old Global Warming that our Country, but not other countries, was going to pay TRILLIONS OF DOLLARS to protect against. Bundle up!"

But the country’s scientists, celebrities and well-informed citizens were quick to push back against Trump’s ridiculous claim.

At this point, Trump has become so predictable in his counter-science takes that The Washington Post’s weather reporting Twitter account knew exactly what he was going to say in response to the cold spell affecting much of the United States. The tweet it posted a day before Trump’s got it just right.

Trump’s tweet is reminiscent of the presentation on the Senate floor by Sen. James Inhofe, R-O.K., in February of 2015, in which he held a snowball in his hand as proof that global warming doesn’t exist.

Ironically enough, Trump’s Irish golf course was just recently granted permission to build a seawall, reported CNBC. The initial application used global warming and sea-level rise as reasons for the construction, but those references were absent from a newer application, according to The New York Times.

The Times, along with several Twitter users, was also quick to remind Trump that weather and climate are not the same thing and that the cold weather in the eastern U.S. is not indicative of cold temperatures across the rest of the earth.

"To use an analogy Mr. Trump might appreciate, weather is how much money you have in your pocket today, whereas climate is your net worth. A billionaire who has forgotten his wallet one day is not poor, anymore than a poor person who lands a windfall of several hundred dollars is suddenly rich. What matters is what happens over the long term," Kendra Pierre-Louis wrote.