We really shouldn't let Silicon Valley into our schools

There's no conclusive evidence that students benefit from having personal Chromebooks 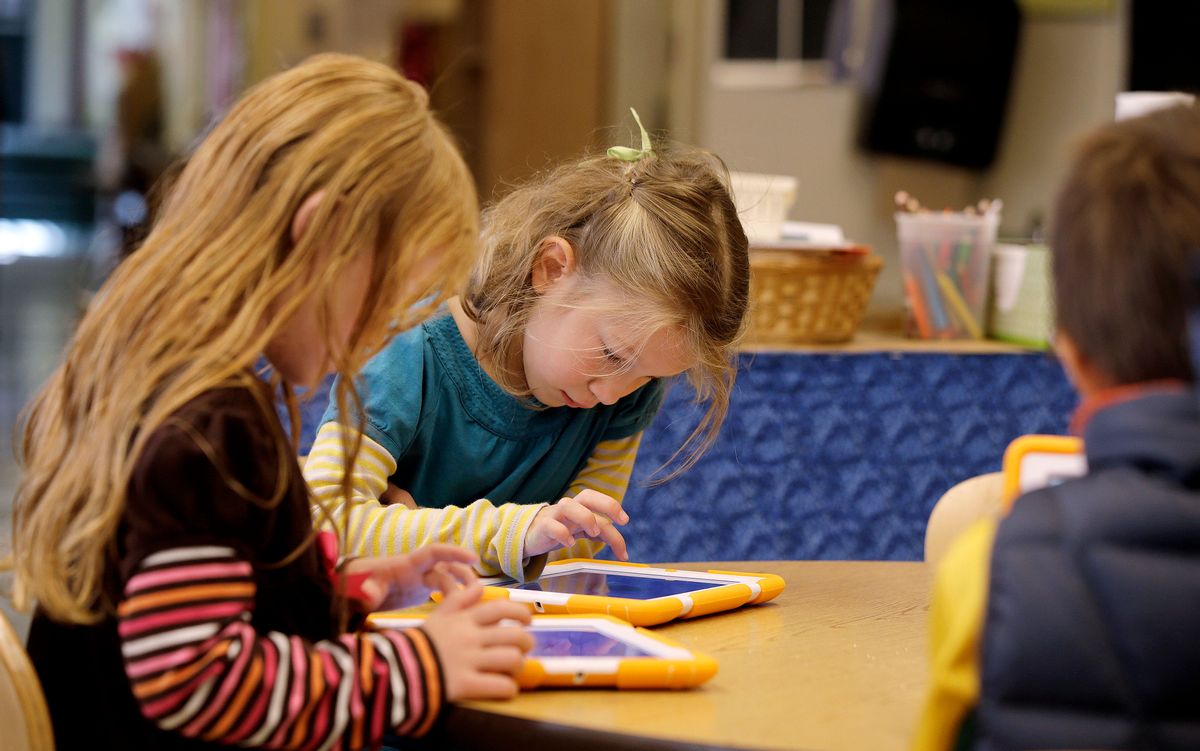 By 2020, technology in the classroom is predicted to be a $21 billion industry. Mark Zuckerberg and his wife Priscilla Chan have pledged to donate $45 billion in Facebook shares to bring their personalized learning to other educational spaces. Meanwhile, Bill Gates is committing $300 million to similar causes, and Netflix’s Reed Hastings wants to give $11 million to personalized math software.

But there is reason to second-guess this opportunistic philanthropy, especially with Betsy DeVos as an outspoken proponent of this so-called personalized learning, i.e. tech-enriched education. It’s becoming clear that company interests are intended to groom loyal customers, sometimes at the sake of effective tutelage. And while teachers have begun to criticize their new roles as entertainer, classroom silence has become a measure of an app’s success. These are just a few of the reasons Silicon Valley’s role is in serious need of examination.

Take Google as an example. Right now, the majority of public schools rely on Google’s Chromebooks. The laptops now host half the nation’s primary and secondary students, with over 30 million students using Google’s educational applications. At a cheap $30 per student and with a suite of free online applications, it may seem like an altruistic move on Google’s part. However, all of Google’s services remain free because of advertisements and the data the company tracks from users’ online meanderings. This has led many to argue that its benevolent image is only as good as the promise not to track student data. Otherwise, Google’s educational enterprise allows the company to benefit from its collection of adolescent data mines.

Technology’s presence in our lives is moving at a brisk speed, and no one can say for certain what its impact will be on kids. Research paints a contradictory picture, with some arguing that innovative apps are improving test scores, while many teachers find students' classroom attention dwindling, an issue that is already endemic to current schooling. Yet, what seems most profound is technology’s role in shifting both learning outcomes and style.

Jonathan Rochelle, director of Google’s education app program, said when asked about his own children’s education, “I cannot answer for them what they are going to do with the quadratic equation. I don’t know why they are learning it. And I don’t know why they can’t ask Google for the answer if the answer is right there.” Rochelle highlights how technology, and the internet in particular, are shifting student expectations. The answers are expected to come quick, and sustained critical inquiry is de-emphasized and replaced with Wikipedia research.

Recently, the New York Times explored the ways in which tech companies court these partnerships with school districts using tactics the outlet likens to the pharmaceutical industry’s courting of doctors, who sign million-dollar contracts after a series of high-profile dinners and business trips. Steak dinners, expensive conferences and all-out wooing is characteristic behavior of tech companies that vie for the opportunity to become a school district’s digital ambassador.

These district contracts are no small investment for an already unequal and underfunded public school system. The Times article covers the $205 million multi-year contract that Baltimore School District signed with Daly Computers to purchase HP’s now defunct Elitebook Revolve. At the same time, many school districts face a crisis of infrastructure, with water in some schools running brown and economic opportunity grossly divided.

Silicon Valley says it gives underserved students greater chance in the future workforce. Yet there are also many examples where classroom technology merely increases the economic disparity between rich and poor schools. Summit Public Schools, Mark Zuckerberg’s semi-successful charter network, is one example of the polarized choices school districts have when it comes to classroom technology. While Zuckerberg's charter boasts innovative software and wood-varnished desks, many other schools are finding themselves with devices that have quickly become obsolete amidst budget cuts.

So far, the model of “personalized-learning" is hard to reproduce successfully, especially once it loses its big funders. In Baltimore, parents are already complaining that their children’s Elitebook Revolve is missing pieces to the keyboard and experiencing battery failures. At the same time, the district superintendent was revealed to have made 65 out-of-state trips (estimated at $33,000) to tech conferences, where he was a sort of public school ambassador, while in the market for a contract.

While Bill Gates and Steve Jobs have admitted they strictly limit how much technology their own kids are exposed to, their brand ambassadors are trying to keep the attention of school superintendents, traveling great lengths and spending small fortunes to win district contracts. They know such loyalty is an intelligent investment. There is no doubt that technology in the classroom will continue to grow over the next decades, leaving education with the capacity for innovation as well as devastation. However, there is reason to practice patience before changing all rules of the classroom, and we should demand district figures and educators sign carefully.