Five sheriff's deputies were shot after responding to a domestic disturbance call in Douglas County, Colorado 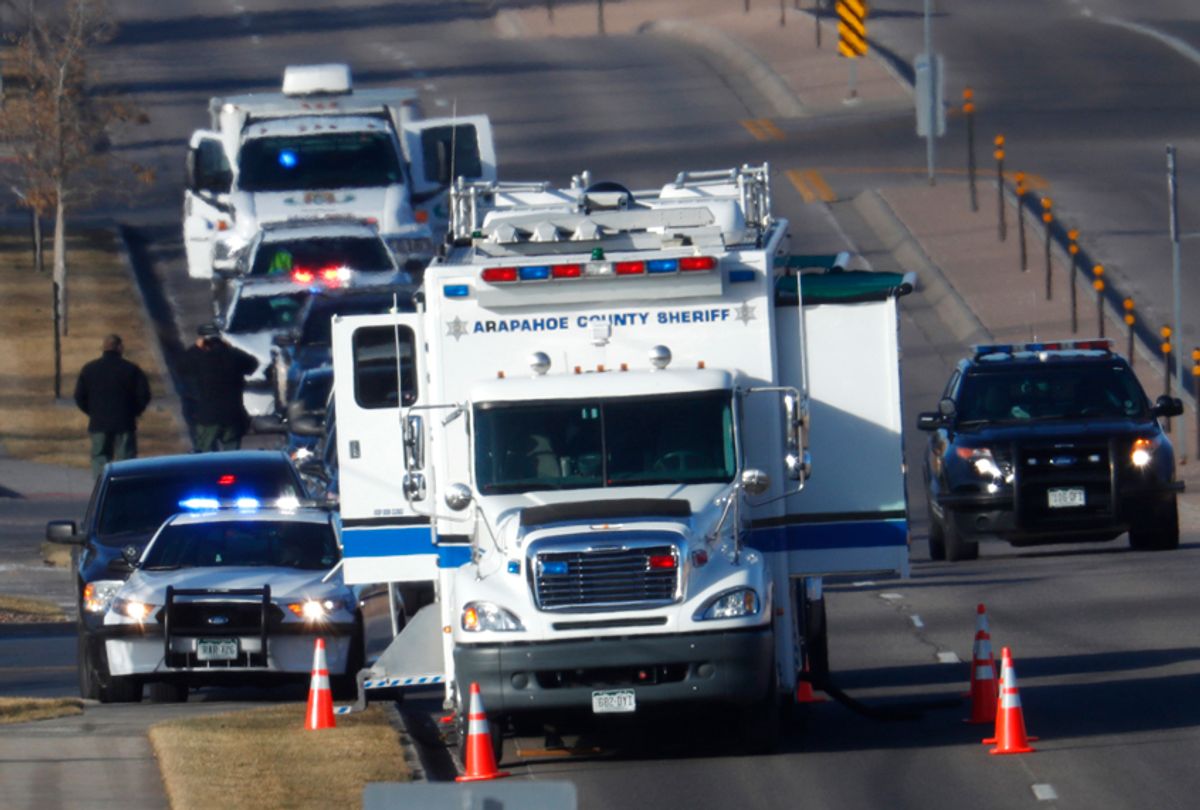 Following a domestic disturbance call in a suburb just south of Denver, Colorado, at least five sheriff's deputies were shot and one was killed when a gunman opened fire on Sunday, according to multiple news reports.

Two civilians were also shot and the gunman is believed to have been killed, and no longer deemed a threat, according to USA Today.

The incident occurred shortly after 5 a.m., local time, at the Copper Canyon Apartments in Douglas County, about 20 miles south of Denver, officials said. In a press conference on Sunday afternoon the incident was described as an "ambush."

The full conditions of both the sheriff's deputies and civilians is still currently unclear, though three of the injured were admitted to a local hospital with injuries that were not critical, The New York Times reported. A procession for the deceased officer was announced on the department's Twitter account and took place on Sunday afternoon.

President Donald Trump immediately weighed in on the incident and expressed his condolences.

"My deepest condolences to the victims of the terrible shooting in Douglas County @DCSheriff, and their families. We love our police and law enforcement - God Bless them all! #LESM" the president tweeted.

In the past, Trump has repeatedly been inconsistent with the mass acts of violence he chooses to weigh in on. He has used tragedies to exploit his political agenda and has called for crackdowns on immigration and to further push his travel ban.

A press conference was held on Sunday afternoon and it was revealed that the attack was like an "ambush" and that "Officers went down within seconds of each other."

This story is still developing and will be updated as more information becomes available.