In response to Trump's recent tweet on climate change, Scaramucci said he loves "the president's sense of humor" 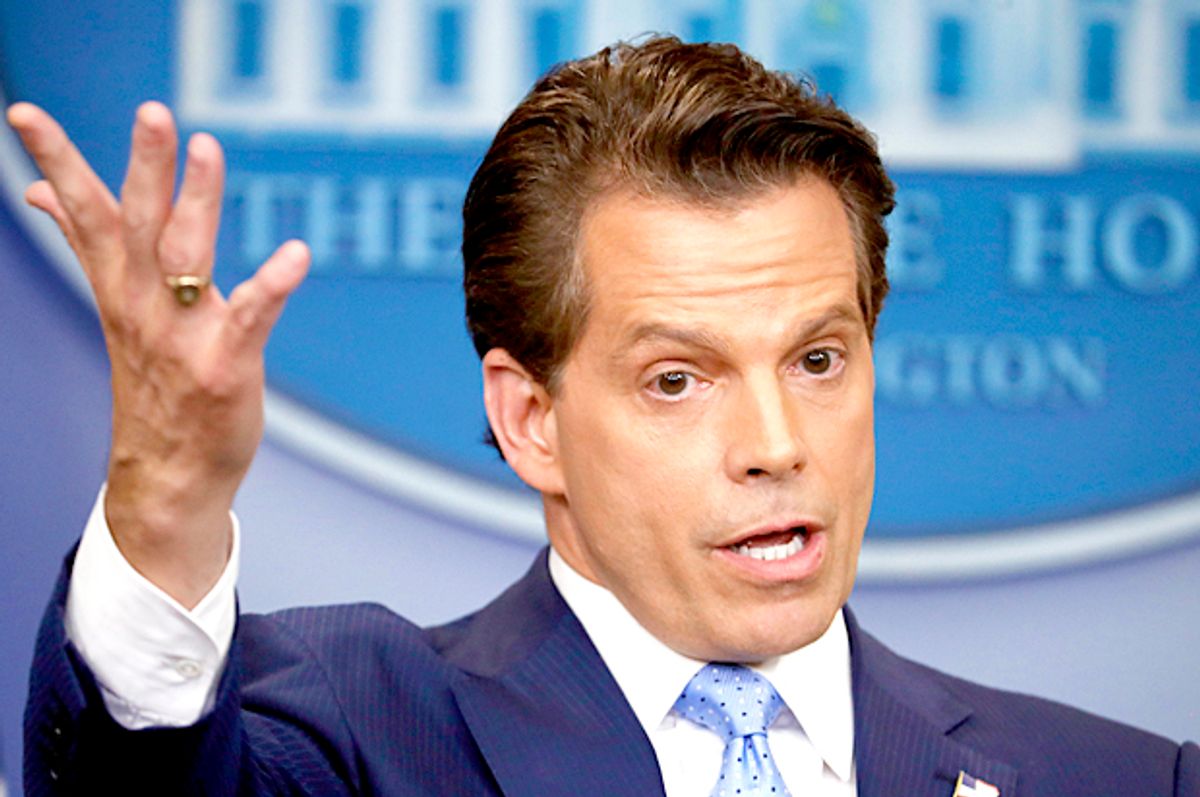 Trump's tweet was in reference to the frigid temperatures that have swept New York City and states across the East for the coming New Year's holiday. However, Trump didn't seem to understand that climate and weather are not the same thing, and that the extremely cold temperatures do not mean there are no threats posed by a warming climate.

"I think you guys should ask him directly if he's a climate change denier. I think you'll find you'll be surprised by that answer," Scaramucci said.

He added, "I love the President's sense of humor, but I also think he's saying something else."

Scaramucci explained that he believes the tweet was related to Trump's decision to withdraw the United States from the Paris climate agreement.

"I think what he's really saying in that tweet is that deal, the Paris Accord, there was something really wrong with that deal as it related to the United States," Scaramucci explained. "So he really didn't want to sign it and go along with the crowd. He's an entrepreneur. Entrepreneurs have the tendency to diverge from crowd thinking."

Trump has long denied the science behind climate change, and that the consequences primarily stem from human activity, such as carbon emissions. Since taking office in January the Trump administration has made drastic changes and rolled back several Obama-era environmental protections.

The president has neglected the advice of not only scientists, but also studies from within the government, such as the recent report from the Government Accountability Office, which detailed the economic strains levied on taxpayers as a result of climate change.