With conflicting messages from the IRS and state officials, taxpayers were left in limbo over new deduction rules 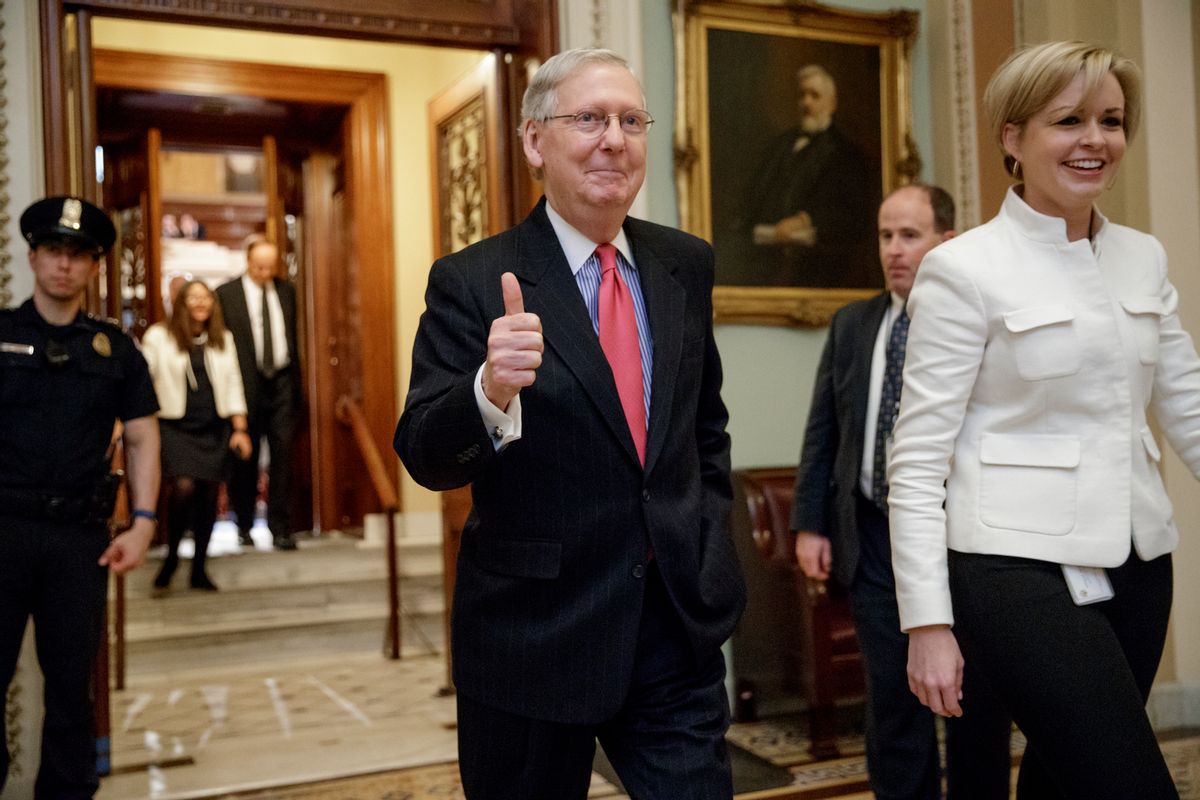 The new tax overhaul bill, which was concocted in secrecy and recently rushed into law by Congressional Republicans, has triggered widespread confusion for many states as some taxpayers have lined up to prepay their property taxes a year in advance due to the new law's changes to state and local deductions.

Republicans were eager to present President Donald Trump with a tax bill before the end of the year, and it became the first major piece of legislation passed under the Trump administration since taking office last January. However, less than a week after the bill was passed, it had already caused a massive headache as property owners were eager to prepay their 2018 taxes, and were met with conflicting messages from the Internal Revenue Service and state officials, Politico reported.

Tens of thousands lined up and waited to make prepayments, predominantly in states such as New Jersey, New York, Pennsylvania and Maryland.

"What the federal government did and the timing of their actions was, in our view, cruel and unusual," Steve Acquario, executive director of the New York State Association of Counties, told Politico. "They passed this tax bill at a time of year when government is very much in transition to the next fiscal year. There was great confusion this week."

In the past, all of those state and local taxes were eligible for deduction, and without limit.

But the IRS only confused matters on Wednesday with a statement that said the early payments "could be deducted on 2017 taxes only if they had already been assessed," Politico reported.

"If you want to make a prepayment, we’ll accept a prepayment. How it works out for them when they file taxes, I don’t have advice on that," Lydia Leszczynski, a tax collector in a New Jersey township with high property taxes. "They have a lot of questions. It’s not just do you accept 2018 — do you accept the whole year. It’s that 'what does it mean, can we do this?' We’re not tax professionals."

The news comes as Republicans and the Trump administration have repeatedly asserted that their tax plan would simplify the tax code. The town hall scrambles illustrate a prime example of why GOP lawmakers were sharply criticized for their secrecy in crafting the bill.