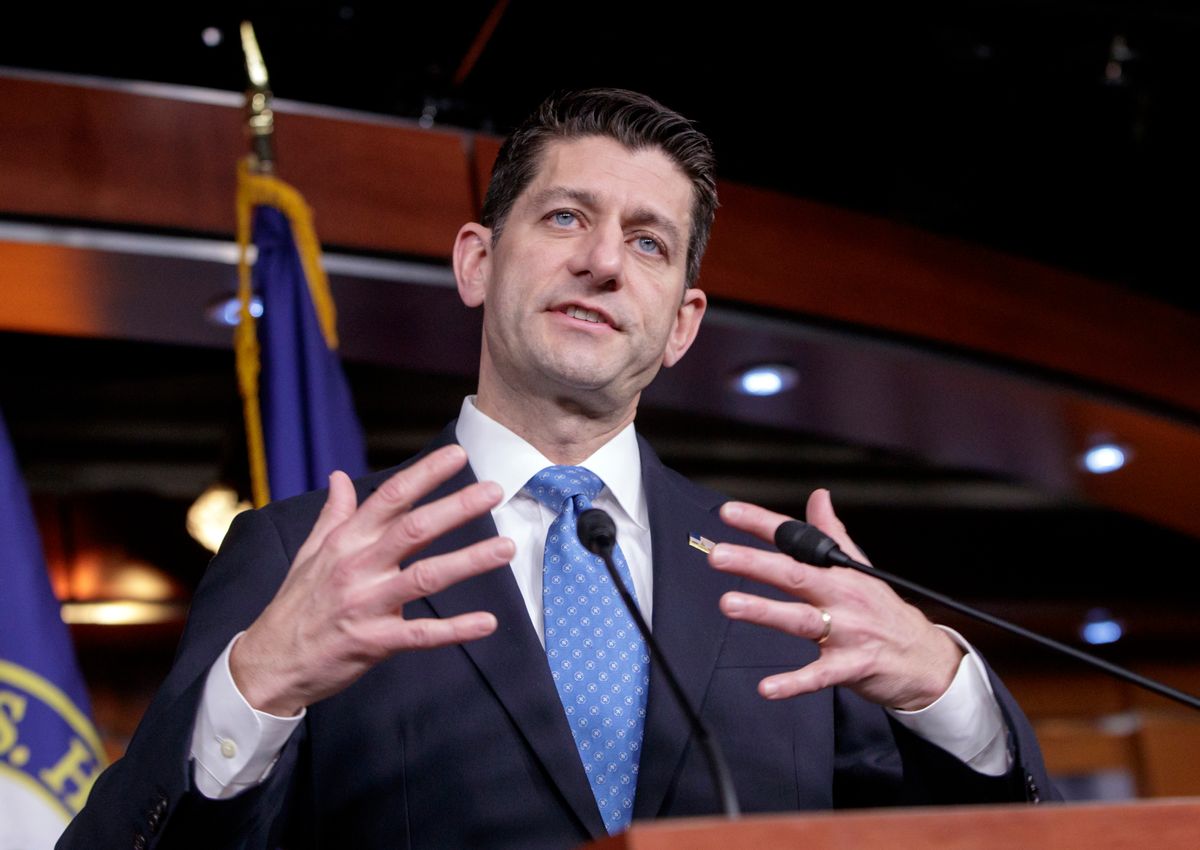 House Speaker Paul Ryan, R-Wis., has promised that the GOP tax plan will provide working class Americans with higher wages and more job opportunities, but the corporate executives — who stand to benefit most under the bill — have flatly said otherwise.

Making the media rounds on Wednesday morning following the passing of the House tax plan on Tuesday afternoon, Ryan talked about growing the economy and made some optimistic predictions.

"We're going to give people a big tax cut before Christmas, and most importantly this is going to help people get more jobs at better wages — and simplify the tax code — so we're very excited about this," Ryan said on CBS News.

Ryan was asked why he was so convinced corporations will plan to use tax cuts to increase wages when they have indicated otherwise. He answered by pivoting to the same talking points used by Sen. John Cornyn, R-Texas, about the imaginary family of four in America that will save money.

But Ryan said he believes there is "confusion" about what the tax plan actually does, and that "when you actually break down the components of this bill it pulls extremely well."

The problem here is that there isn't actually any confusion over what this plan does and how it negatively impacts working class earners. The components in the bill that Ryan referred to do not necessarily fit the lifestyle of Americans who are faced with economic hardship. There is no guarantee that corporations will use the tax cuts to increase wages. The money often directly goes to shareholders and stock buybacks.

When he was asked about the fact that taxes will eventually be raised on middle-class Americans, but that "we have no intention of allowing that to happen," Ryan added that it's due to "Senate rules that we have to comply with," but that "Congress has every intention of making sure that that does not happen."

On NBC, Ryan was grilled once more about corporations reaping the most benefits, as executives have already said the tax plan will not incentivize them to reinvest.

"I would compare the anecdote to just the surveys of businesses like the National Association of Manufacturers surveys which show the vast majority of businesses are going to do just what we say: reinvest in workers, reinvest in their factories, pay people more money, higher wages," Ryan explained.

NBC’s @SavannahGuthrie asks Speaker Ryan: “Are you living in a fantasy world?” pic.twitter.com/x0aqBKGU2I

Ryan's victory lap was, however, devoid of any substantive information about how the tax plan funnels money to top earners, and independent studies have already projected that the Trump administration's projected economic growth is based on pure optimism. Ryan eventually even said so himself.

When asked if the growth of the tax cut will equal the projected $1.6 trillion deficit increase, Ryan said, "Nobody knows the answer to that question."