Cornyn used talking points from a bank lobbyist to promote the bill, and then blamed Democrats for not helping out 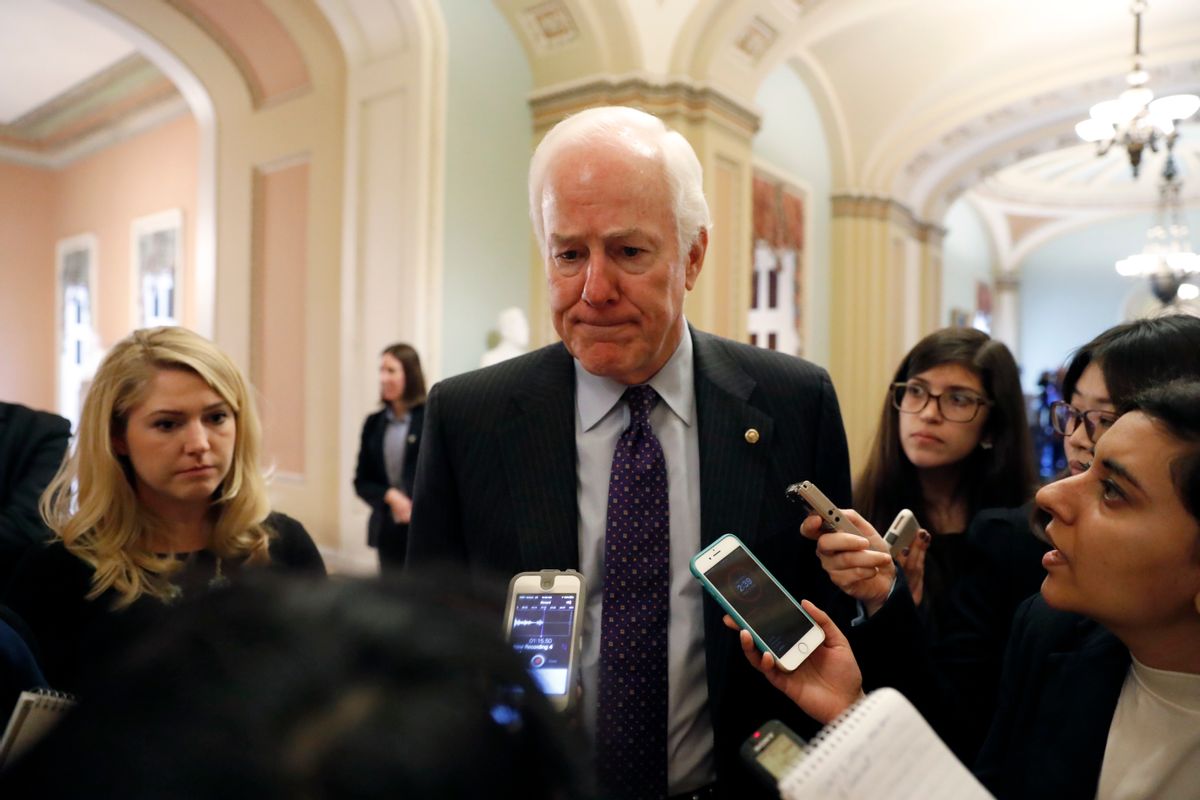 Sen. John Cornyn, R-Texas, is desperately attempting to sell the GOP tax plan on his Twitter account by promising that working class Americans will be major beneficiaries, as he promoted a column written by a registered bank lobbyist.

Republicans have been attempting to reconcile the two tax proposals passed by Congress in order to put the first major piece of legislation on President Donald Trump's desk. Despite wildly optimistic predictions for economic growth and little evidence to back it up, the Republican Party, along with the Trump administration, has insisted the new tax plan will benefit everyone.

In recent days, a new provision was inserted into the bill by Sen. Orrin Hatch, R-Utah, and it was soon revealed that more than a dozen GOP senators would personally benefit financially as a result of that provision.

Cornyn, the No. 2 Republican in the Senate, then took to Twitter to share how he believes the tax plan will upend burdens for many American households, creating a family that doesn't really represent the average American.

But just hours earlier, he had shared a Forbes column penned by a registered bank lobbyist "who has been working to influence the tax legislation and who has defended the provision," according to the International Business Times.

Cornyn also suggested that Democrats were the reason to blame for their own bill's shortcomings, despite Democrats having been shut out from the process entirely, similar to previous months of health care repeal efforts.

"Well, our Democratic colleagues simply refused to participate in the process. We probably could have made it better if they had," Cornyn said on ABC's "This Week" on Sunday.

He went on to say, "Well, the particular provision you're talking about, honestly, is just one piece of a 1,000-page bill which is going to grow the American economy. And, what we are seeing is that American corporations and businesses are not competitive in the global economy because we have the highest tax rate in the industrialized world."

Cornyn's assertion that the U.S. is the highest tax rate in the industrialized world is deliberately misleading because corporations hardly pay the current 39.6 percent rate. Under the Republican tax plan, the tax rate for corporations would be 20 percent.

The House passed the bill on Tuesday afternoon. It will next head to the Senate for a vote.