4 Reasons for a surprising change in racial incarceration trendlines

The makeup of prisons isn't what it used to be 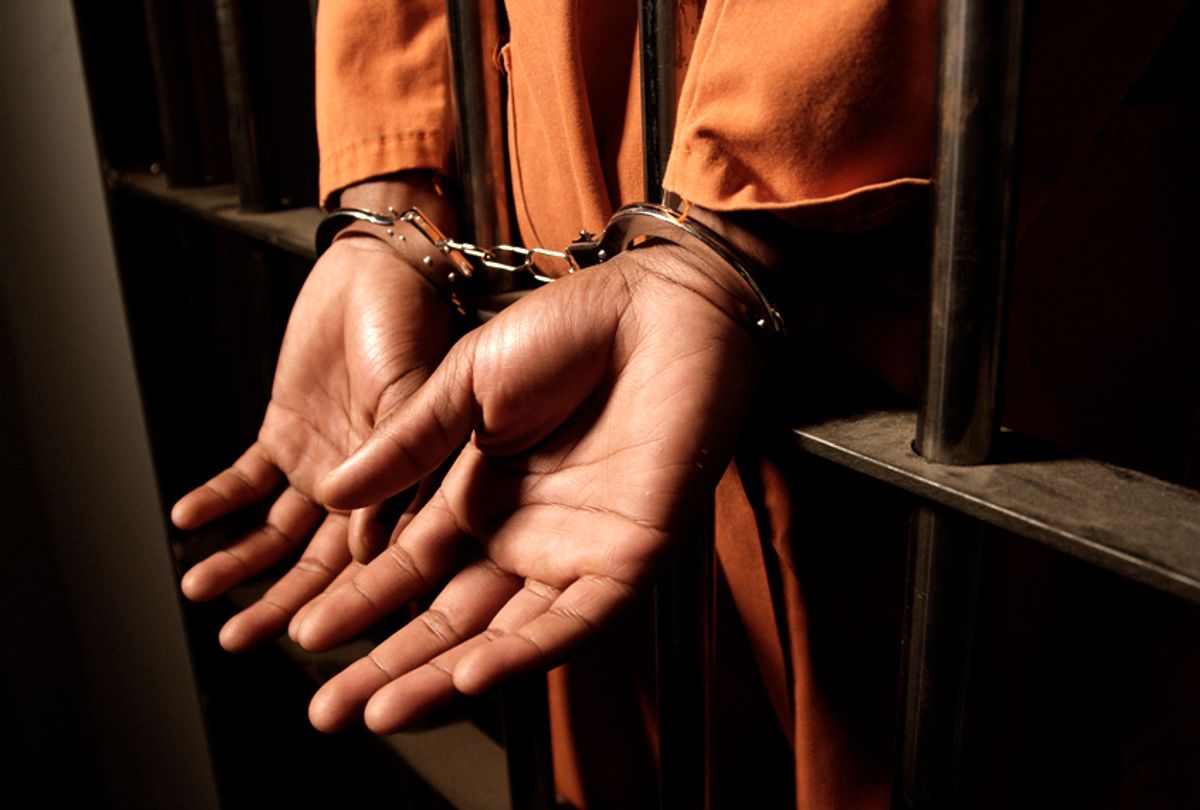 It's long been a given that racial disparities plague the nation's criminal justice system. That's still true — black people are incarcerated at a rate five times higher than that of white people — but the disparities are decreasing, and there are a number of interesting reasons behind the trend.

That's according to a report released this month by the Marshall Project, a non-profit news organization that covers the U.S. criminal justice system. Researchers reviewed annual reports from the federal Bureau of Justice Statistics and the FBI's Uniform Crime Reporting system and found that between 2000 and 2015, the incarceration rate for black men dropped by nearly a quarter (24 percent). During the same period, the white male incarceration rate bumped up slightly, the BJS numbers indicate.

When it comes to women, the numbers are even more striking. While the black female incarceration rate plummeted by nearly 50 percent in the first 15 years of this century, the white rate jumped by a whopping 53 percent.

When it comes to drugs, the NAACP reports, African Americans use drugs in proportion to their share of the population (12.5 percent), but account for 29 percent of all drug arrests and 33 percent of state drug prisoners. Black people still bear the heaviest burden of drug law enforcement.

"It's definitely optimistic news," Fordham University law professor and imprisonment trends expert John Pfaff told the Marshall Project. "But the racial disparity remains so vast that it's pretty hard to celebrate. How, exactly, do you talk about 'less horrific?'"

It behooves analysts and policy-makers alike to try to make sense of the changing complexion of the prison population, but that's no easy task.

"Our inability to explain it suggests how poorly we understand the mechanics behind incarceration in general," Pfaff said.

Still, the Marshall Project wanted some answers, so it did more research and interviewed more prison system experts. Here are four theories, not mutually exclusive, that try to provide them.

The black vs. white disparity in the prosecution of the war on drugs is notorious, and a central tenet of drug reform advocacy. But even though black Americans continue to suffer drug arrests, prosecutions, and imprisonment at a far greater rate than whites, something has been happening: According to BJS statistics, the black incarceration rate for drug offenses fell by 16 percent between 2000 and 2009; at the same time, the number of whites going to prison for drugs jumped by nearly 27 percent.

This could be because the drug crises of the day, methamphetamines and heroin and prescription opioid addiction, are problems mainly for white people. Back in the 1980s and 1990s, the drug crisis du jour was crack cocaine, and even though crack enjoyed popularity among all races, the war on crack was waged almost entirely in black communities. The war on crack drove black incarceration rates higher then, but now cops have other priorities.

The shift in drug war targeting could also explain the dramatic narrowing of the racial gap among women prisoners, because women prisoners are disproportionately imprisoned for drug crimes.

Declining socioeconomic prospects for white people may also be playing a role. Beginning around 2000, whites started going to prison more often for property offenses, with the rate jumping 21 percent by 2009. Meanwhile, the black incarceration rate for property crimes dropped 9 percent.

Analysts suggest that an overall decline in life prospects for white people in recent decades may have led to an increase in criminality among that population, especially for crimes of poverty, such as property crimes. A much-discussed study by economists Anne Case and Angus Deaton found that between 1998 and 2013, white Americans were experiencing spikes in rates of mortality, suicide, and alcohol and drug abuse. That's precisely when these racial shifts in imprisonment were happening.

And while African Americans also faced tough times, many whites were newer to the experience of poverty, which, in an explanation the Marshall Project says is "speculative," could explain why drug use rates, property crime, and incarceration rates are all up:

"Perhaps, says Marc Mauer, executive director of the Sentencing Project, whites are just newer to the experience of poverty, which could explain why their rates of drug use, property crime and incarceration have ticked up so suddenly."

3. Reform is more likely in the cities, where more black people live

Since the beginning of this century, criminal justice reform has begun to put the put brakes on the mass incarceration engine, but reforms haven't been uniform. They are much more likely to have occurred in more liberal states and big cities than in conservative, rural areas. And while people are still being arrested for drugs at sky-high rates — more than 1.5 million drug arrests in 2016, according to the FBI — those reforms mean that fewer of them are ending up in prison.

In big cities such as Los Angeles and Brooklyn, new prison admissions have plummeted thanks largely to sentencing and other criminal justice reforms. But in counties with fewer than 100,000 residents, the incarceration rate was going up even as crime went down. In fact, people from rural areas are 50 percent more likely to be sent to prison than city dwellers.

Even in liberal states, the impact of reforms varies geographically. After New York state repealed its draconian Rockefeller drug laws, the state reduced its prison population more than any other state in the country in the 2000s. But the shrinkage came almost entirely from the far more diverse New York City, not the whiter, more rural areas of the state.

4. Crime has been declining overall

Arrests for nearly all types of crime rose into the mid-1990s, then declined dramatically, affecting African Americans more significantly than whites since they were (and are) more likely to be arrested by police in the first place. In the first decade of the new century, arrests of black people for violent offenses dropped 22 percent; for whites, the decline was 11 percent. Since those offenses are likely to result in substantial prison sentences, this shift has likely contributed to the changing racial makeup of the prison population.

Whatever the reason for the shrinking racial disparities in the prison population, there is a long way to go between here and a racially just criminal justice system. If current trends continue, it would still take decades for the disparities to disappear.