Shhhh — there, there — draw the shades, sit down and let us make the viewing decisions for your broken brain 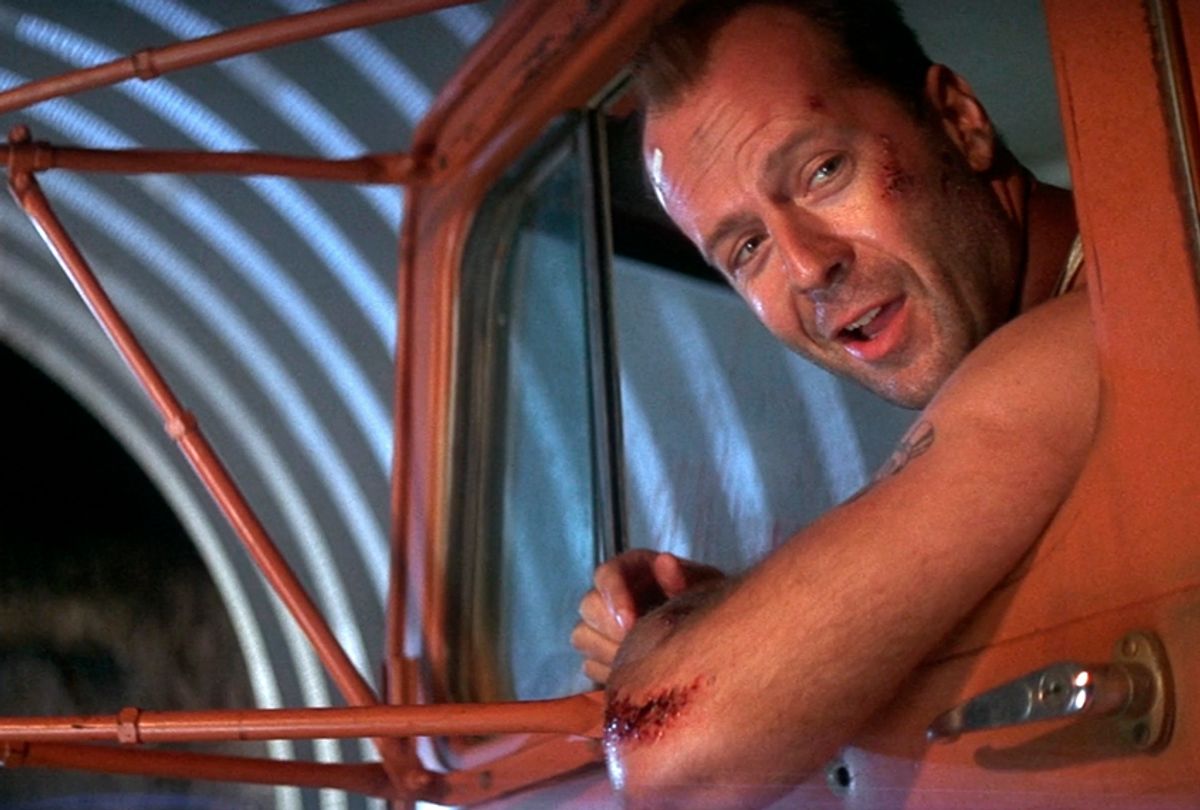 "I never meant me any harm. All I wanted was a good time," are the famous last words from John Self, the slovenly drunk protagonist of Martin Amis’s 1984 novel "Money." Maybe it’s because he’s my own personal namesake (twice over, in a way), but Self’s words always vibrate, shakily, somewhere in the back of my imploding skull on those long, dreadful mornings after I’ve had too much to drink.

For hardened drunks and more temperate revelers alike, few days impose their heavy hardness quite like the day after New Year’s Eve. The champagne has been uncorked and spilled, beer cans and bottles of rye have been drained, ceremonial shrimp rings have been devoured and now there's an inflating WWI-era German military zeppelin in your head. Your body is a joke, a mess of flesh and moistness of indeterminate provenance. If your skeleton knew what was good for it, it'd rip through the fat and thews of your carcass and hightail it out of there, in search of a more suitable, deserving host.

Hangover cures are dime a dozen. None of them work. Sure: Drink a Bloody Mary, or Bloody Caesar, or a warm, half-full bottle of beer with a stubbed-out cigarette floating in it. Eat something greasy. Whatever; it doesn’t matter. You’re in it for the long haul, reader.

There is, however, one thing to ease the howling torment: movies. Just something to put on, and half-watch, to ease you through the day and distract you from the clenching anxiety of what you did wrong the night before, who you insulted, where you left your scarf, and so on. Those realities can wait (guaranteed, they’ll come rushing horribly back once the fog clears).

For now, you should just soak in something to take your mind off it all. For that, here’s a selection of the best movies to watch in your sorry state, quasi-scientifically determined through a sad, pathetic, dehydrated lifetime of research.

The Ones that Are Howlingly Macho and Stupid
What is it about being hungover that makes everything funnier? It’s like the process of reducing your brain to a putrid mush releases some enzyme that makes everything seem inherently humorous. Or maybe drowning the natural instincts toward shame and embarrassment ends up lifting some veil between the mind and the world at large that lays bare a humorousness inherent in all things.

All I know is that nothing eases the pain — the pain of having had too much to drink, the pain of life itself — like a laugh. And when you’re flat on your back, bottomed-out, few things work the ol’ funny bone like a bro-ish action movie.

By now, I imagine we’re all pretty sick of hearing people say "Uh, well, actually 'Die Hard' is my favorite Christmas movie," smug in the presumed novelty of such an opinion. Well here’s a follow-up, sure to be just as annoying: 1995’s "Die Hard With a Vengeance" is a New Year’s Day movie.

No, it’s not set on New Year’s Day or anything. But the third "Die Hard" film distinguishes itself, by expanding beyond the single-character-sole-location premise of the first two entries in the series and by making Bruce Willis’s hardscrabble NYC police lieutenant John McClane insanely hungover.

Pushing the character beyond his regular surliness, "With a Vengeance" forces McClane (and his no-nonsense sidekick played by Sam Jackson) to run around New York City solving a series of distracting puzzles, all the while beating up terrorists and shaking them down for ibuprofen. Like all the best "Die Hard" movies, "With a Vengeance" is not only funny and taut and exciting, but it works to put the actual badness of your bad day in perspective.

If, for some reason, you don’t want to watch "Die Hard With a Vengeance," choose another key entry in the canon of funny-hungover actioners, like "Hard Boiled" (in which the protagonist is named after booze), "Roadhouse," "Cobra," "Commando," the original "Total Recall," "True Lies" . . . pretty much anything with Schwarzenegger in it, really. I’d also offer the dark-horse pick of "RoboCop 3." Oh, and "Taken," which is probably the satisfyingly thrilling action movie of this young millennium.

The Ones that Are Verdant-As-Hell
You know that part in "Hamlet" when Gertrude says to Hamlet, "Thou know’st ’tis common; all that lives must die, passing through nature to eternity"? That’s a pretty comforting thought to fall ass-backwards into when you feel like your head is about to crack into 17 pieces and you’re convinced your corporeal body is nothing but a pile of trash precariously zipped into a flesh suit.

Soon you will be dead. But probably not today. So you might as well reengage with the natural world which, in due time, will ferry you hence into the cool, inky abyss from which none return. And because you’re too hungover and lazy to actually go engage with nature, and because by leaving your house you risk exposing your gruesome flesh-husk of a self to the decent, waking world, you can always ease your tremors and self-loathing by watching stuff that visually immerses you in the natural world, or some CGI-augmented, color-corrected version of it.

My number-one pick here is Terrance Malick’s "The New World." That’s your big boy. The opening sequence alone, in which three English ships sail into the Americas, slicing through the unspoiled natural beauty of the landscape while James Horner’s lightly symphonic score swells, is enough to ease even the worst headache. From there, it’s two-plus hours of lush scenery, poetic meditation, haggard colonialists with bad hygiene and thematic reflection on man’s relationship with with the natural world. You may drift in and out of sleep, but that’s fine. You will basically feel like Enya.

If you’re a screeching pedant who doesn’t find the idea of a three-hour arty movie about Pocahontas especially tantalizing, you can settle with the first "Lord of the Rings" movie (or at least those Shire bits, with all the leafy trees and toodle-doo-do-doodle-doo flutes) or any episode of BBC’s "Planet Earth," if you consider that a movie, which of course it is not.

The One that Is "Boogie Nights"
There’s likely no film that approximates the rowdy hurly-burly of New Year’s Eve, and the long, bludgeoning hangover of New Year’s Day, with the fealty of “Boogie Nights.” Paul Thomas Anderson’s throwback porn-industry epic opens in intoxicating fashion, whooshing through an L.A. nightclub peopled by the film’s extensive cast of merry pornographers. It proceeds at a relentless clip, following teenage hardcore upstart Dirk Diggler (né Eddie Adams, tolerably played by Mark Wahlberg) as he heaves and thrusts through the heady world of adult filmmaking. The film’s first 90 minutes have all the makings of a modern New Year’s bash: pool parties, frozen margaritas, banal discussions about "Star Wars," a bit of cocaine, but not too much cocaine. Then, as the clock strikes midnight, and the ’70s turn into the ’80s, everything gets way, way dark.

Granted, watching Mark Wahlberg getting mercilessly beaten by a gang of thugs may not be particularly cheery New Year’s Day viewing. Ditto seeing Heather Graham cave in a guy’s skull with a roller skate. But there’s got to be something to learn there about taking a drubbing, licking your own wounds, something like that. At the very least, Julianne Moore’s puttering around in a pink negligee, coked out of her gourd, compulsively repeating the phrase, "Too many things. It’s too many things," offers a relatable portrait of post-orgy anxiety.

Bonus Pick: The NHL Winter Classic
The Buffalo Sabres are playing the New York Rangers, out of doors! Titans of the Empire State on ice! Who’s going to win? Who’s going to lose? Will the players look very cold indeed? The suspense is, quite literally, unbearable! Provided you're operating with sufficient agency to operate the remote at 1:00 p.m. ET (which, admittedly, is a lot to ask on January 1), it's a fine option.