An initiative to restore voting rights to ex-felons may be on Florida's ballot. Will Gov. Rick Scott stop it? 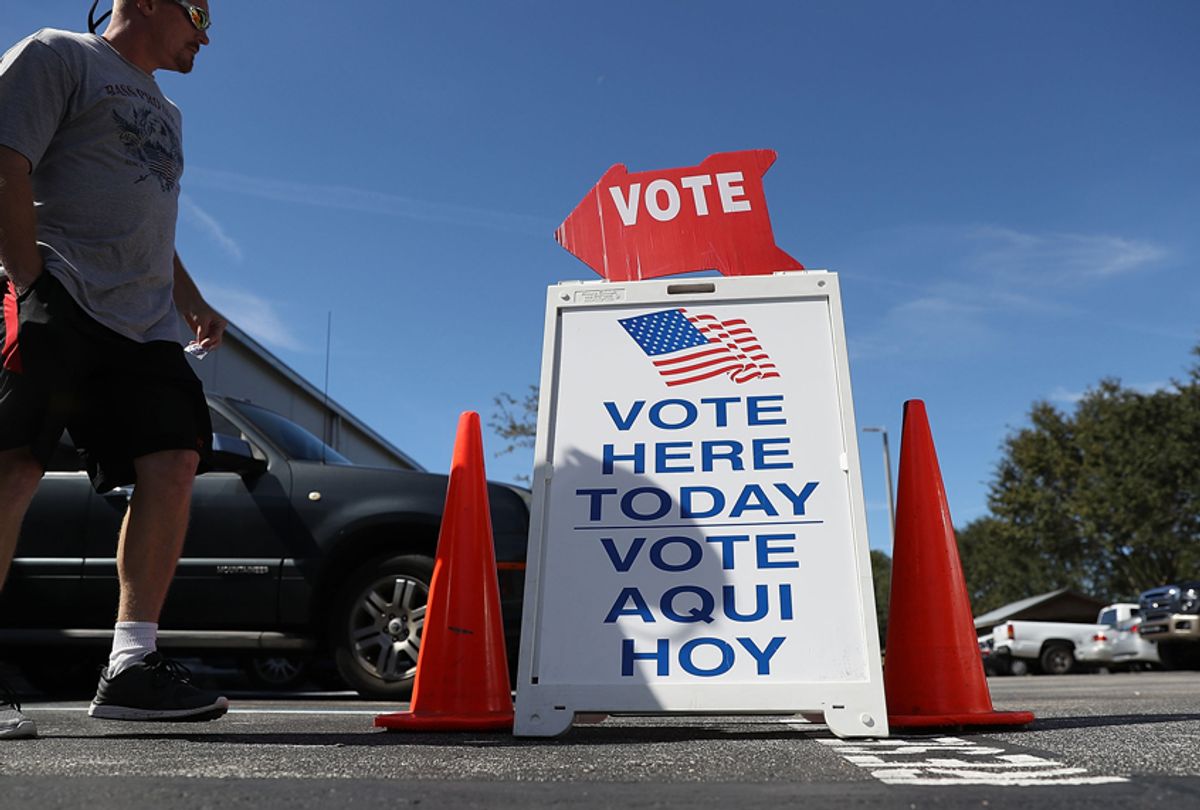 Of the states that swung to Donald Trump in 2016 after voting for Barack Obama in 2012, Florida, with its 29 votes in the Electoral College, was by far the biggest. It's also one of the most prominent examples of how voter suppression efforts are distorting the political system, usually to benefit Republicans who would struggle to win in a more representative democracy. Florida's law bans anyone convicted of a felony from voting, for the rest of their lives. This means that nearly 1.7  million Floridians — more than one in 10 voting-age adults — are permanently barred from the polls.

Hillary Clinton lost the Sunshine State by fewer than 120,000 votes, strongly suggesting that more inclusive voting rights law could -- and probably would -- have swung Florida in the other direction.

Now a group of grassroots activists with Floridians for a Fair Democracy and the Florida Rights Restoration Coalition is working to change the law. Activists have been circulating a statewide petition to create a ballot initiative in November 2018 that would restore the rights of those convicted of a felony to vote after they have completed their sentence. The campaign is on track for success, at least in getting the initiative on the ballot. With one month to go until the deadline, nearly 85 percent of the ballots necessary to succeed have been signed by Florida voters.

While Trump's narrow and implausible electoral victory has drawn attention to the issue of voter suppression, for many working on the campaign it's less about electoral politics and more about basic issues of fairness in the criminal justice system.

“These individuals have all done their time, they’ve paid their debt, and it’s the right thing to do," Jen Tolentino of Rock the Vote, which has been supporting the grassroots activists in Florida, told Salon. "Once somebody has served their time, they should have the ability to actually be reintroduced to our community and participate in a meaningful way.”

“If you have a car note or a mortgage payment, once you pay that last payment, you don’t expect to keep getting a bill in the mail," said Desmond Meade, who is leading the statewide campaign to re-enfranchise ex-felons. "These folks paid their debt years and years ago, yet they’re still being made to pay on the debt that they’ve already paid in full.”

Meade has a personal connection to this issue, as someone who was convicted of a felony more than a decade ago. After being released in 2004, Meade told Salon, he had a difficult period that included homelessness, drug addiction and suicidal impulses. Despite all those challenges, he made a point of going to college and then getting a law degree so he could dedicate his life to public service. But even though Meade went through the arduous process of trying to regain his right to vote by appealing to the governor for clemency, he was denied.

“My wife ran for office last election cycle," he added. "And in spite of all I’ve done to turn my life around, I was still not able to vote for her.”

Florida's permanent disenfranchisement of convicted felons "really was a Jim Crow law that was adopted in 1868,” explained Samuel Sinyangwe of StayWoke, which is also supporting the campaign.

Historians have documented that felon disenfranchisement laws were drafted in the years following the Civil War with the express intention of disqualifying black voters who had only recently won suffrage rights. Original versions of the laws would often specifically flag felonies that lawmakers believed black people were more likely to be convicted of, while excluding felonies seen as more likely to be committed by whites. That inequity persists today, with black people more likely to be arrested, convicted and harshly sentenced than white people who commit the same crimes.

These laws have never had anything to do with reducing crime, Sinyangwe pointed out.

“There is no evidence that taking away people’s right to vote disincentivizes people from committing crimes," he said, adding that it's "just not a consideration" on people's minds when they choose to break the law.

On the contrary, Sinyangwe argued that this is "part of a broader conversation about re-entry and restoration and rehabilitation of people" who have done their time. Preliminary research indicates a correlation between re-enfranchisement and lower recidivism, though more needs to be done to measure voting rights alone as a factor.

"While it is difficult to prove that restoration of the franchise directly reduces crime rates," Erika Wood of the Brennan Center wrote in a 2009 report, "allowing voting after release from incarceration affirms the returning community member’s value to the polity, encourages participation in civic life, and thus helps to rebuild the ties to fellow citizens that motivate law-abiding behavior."

Activists are optimistic, not just about the chances of getting the initiative on the ballot, but of winning the right to vote for ex-felons in November.

“A lot of folks know how easy it is in Florida to get a felony conviction, and a lot of folks realize, but by the grace of God, they weren’t one of the ones that got convicted or got caught," Meade said. He added that he has spoken to thousands of people “from Pensacola to Key West” and finds that most have a strong sense of "what redemption is all about."

There is not much public polling available on this issue, but what is out there backs up Meade's experience. A 2012 poll conducted by Christopher Uggen of the University of Minnesota found that four-fifths of Americans support restoring voting rights after a person has completed a sentence. Rasmussen Reports found similar numbers in 2014, with 65 percent of respondents agreeing that one should regain voting rights upon sentence completion.

The trend in most states has been toward liberalization. Florida is one of the few outliers with an across-the-board ban on ex-felons for what appear to be nakedly partisan reasons. The current governor, Republican Rick Scott, actually made it harder for ex-felons seeking clemency to do so, even though his more moderate Republican predecessor, Charlie Crist, had granted clemency to more than 150,000 petitioners.

If the initiative wins and the voters overrule Scott's efforts, Sinyangwe said, it will "demonstrate to the nation the power of the people to address these things when their political institutions refuse to," and may well encourage similar efforts in other states.

Meade, too, is optimistic. “Voting is the purest form of citizenship that there is," he said. "When you think about getting that ability back, it’s a tremendous feeling."