The senior Utah senator announced on Tuesday that he will not seek reelection in 2018, and it's all up to Romney 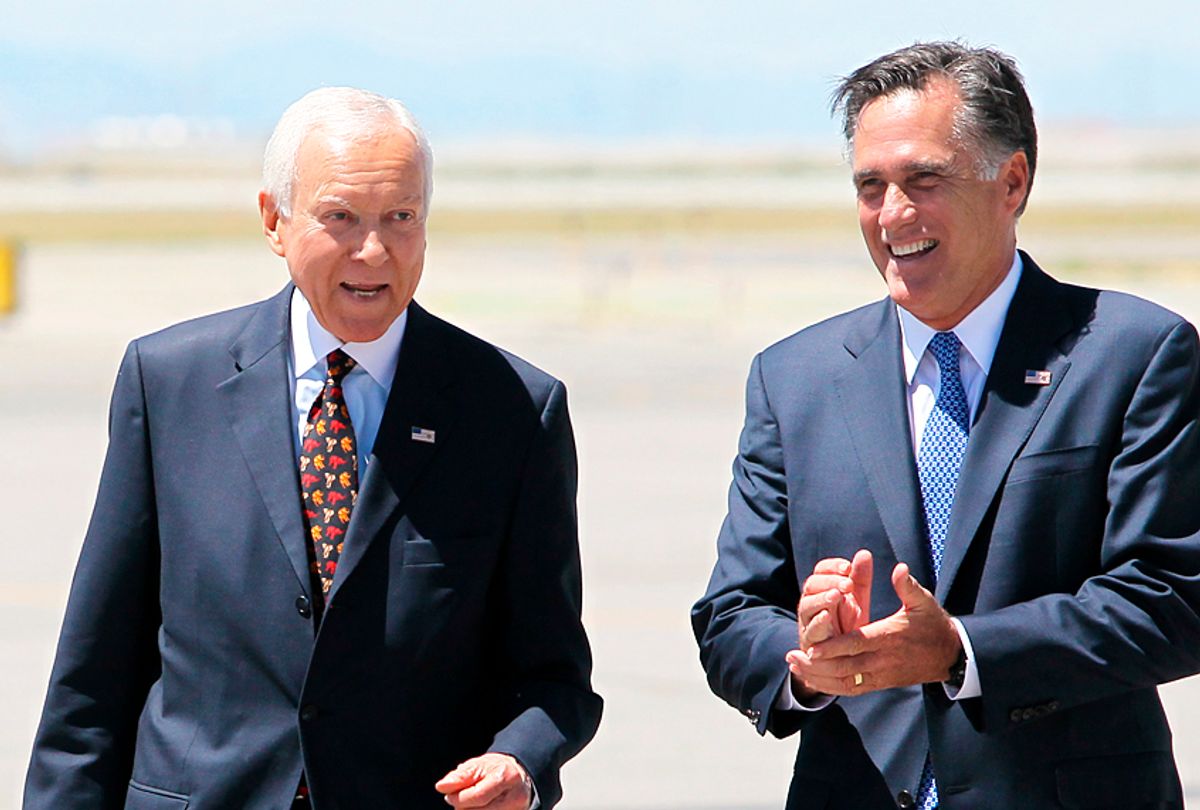 Sen. Orrin Hatch, R-Utah, has announced that he will not seek reelection in 2018.

"I was an amateur boxer in my youth, and I brought that fighting spirit with me to Washington. But every good fighter knows when to hang up the gloves. And for me, that time is soon approaching," Hatch explained in a video statement.

He added, "That's why, after much prayer and discussion with family and friends, I've decided to retire at the end of this term."

Hatch has received intense criticism for his perceived obsequiousness toward President Donald Trump after the 2016 presidential election, with the Salt Lake Tribune even republishing a Washington Post editorial by Dana Milbank calling for Mitt Romney to oppose Hatch in the primary for that reason.

"Hatch was preparing to retire, but Trump pushed him to go back on his promise not to seek another term. Trump obviously prefers the obsequious Hatch to Romney, who, though as conservative as Hatch, would be no puppet. That’s why Mitt must run," Milbank observed. That thought has been bouncing around Washington circles over the past few months, as Romney was denied a role in a Trump administration.

A source with NBC News also reported that Trump repeatedly urged Hatch to run for reelection in 2018, even though Hatch is already the longest-serving Republican in the history of the Senate.

It is unclear whether Trump will support Romney if he becomes the Utah Senate candidate in 2018, given that the 2012 Republican presidential nominee delivered a speech in March 2016 denouncing Trump's candidacy.

In addition to being Utah's senior senator, Hatch is also Senate pro tempore, which places him third in line from the presidency after Vice President Mike Pence and Speaker of the House Paul Ryan.