Table for one: The controversial art of dining solo

The stigma around solo dining is fading. Is this a hard-won victory for solitude, or a damaging form of isolation? 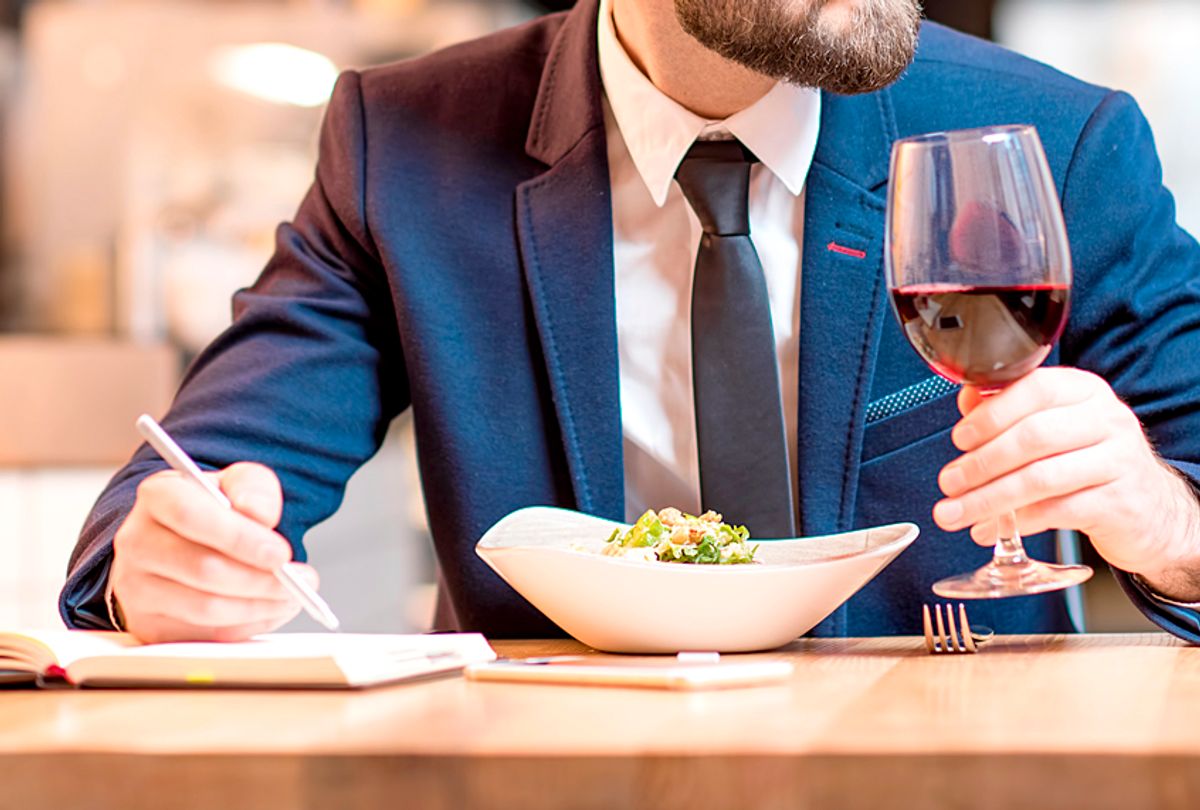 From 2014 to 2016, OpenTable saw a 62 percent increase in reservations for tables for one throughout the country. Is this because people like — or are even growing to prefer — dining alone, or is it purely circumstantial?

In this episode of "The Lonely Hour," food writer Jamie Feldmar talks about why she appreciates a restaurant meal with herself, echoing statements she made in a Serious Eats article she wrote entitled "In Defense of Eating Alone."

"Some of my best food memories revolve around shared meals, with many plates passed for many hours among many busy mouths," she wrote in 2014. "Foodways and folklore often revolve around the pleasure and ritual of eating with others, correctly noting the connection between sharing food and sharing love. But there's a different kind of pleasure that comes from paying undivided attention to what's going on on your plate or in your head. It's a quieter satisfaction, but in a world with so much noise, sometimes more deeply felt."

On the show, Feldmar shared some practical reasons why she likes to dine alone. "It makes it easier to get into crowded restaurant, and I can get whatever I want and not have to share it with anyone."

And on a philosophical level, she said, "It gives me a chance to reset. My life and my work are very social and filled with a lot of stimulus and human interaction. And I love people and I love having an active social life and professional life and they bleed into each other, but it can be can be overwhelming. I like spending a little bit of down time, a little bit of quiet time, in my own head, where I can focus on the things that I need to spend some time thinking about."

"The same way the human body needs to sleep every night to restore itself physically, I think the human brain needs alone time to restore itself mentally," she added. "And if you're someone like me who loves to eat, it's great to combine that alone time with the activity of eating." There's no shame in dining alone and there should be no stigma attached to it, in her eyes.

A videographer who goes by the name Keff challenged Feldmar on this episode of "The Lonely Hour." He thinks the stigma is there to prevent the long-term costs for human happiness and health that come with this kind of anti-socialization. "The more you eat alone, the more out of touch with humanity you become," he said.

Keff produced a short film underscoring his concerns about solo dining called "Party of One." In it, a Taiwanese immigrant who recently moved to New York City is perplexed by the culture of dining alone, and finds it sad. He comes from a place where eating together is a highly valued part of each day.

"I hear dining alone being presented as this empowering, liberating thing here in the States," Keff said. "It's seen as independence. And it can be, but I also wanted to take the devil's advocate point of view of that."

Then New York chef Amanda Cohen talks about why she not only reserved the bar seats at her Dirt Candy restaurant for solo diners the entire week of Valentine's Day, but also why she created a special tasting menu for them.

And finally, we discuss the most private of private dining situations, eating alone at home, with Samantha Rose Widder. She just finished a masters in food studies at New York University, where she completed a project that studied the emotions connected to this kind of solo meal taking.

Listen to the episode below.

The Lonely Hour is a podcast that explores the feeling of loneliness—and solitude, and other kinds of aloneness—at a time when it may become our next public health epidemic. The show is co-produced by Julia Bainbridge and The Listening Booth. Julia, the host and creator, is an editor and a James Beard Award-nominated writer. Listen to all of the episodes published on Salon so far here.