"2018 doesn't feel good": A look at the top political risks the world faces 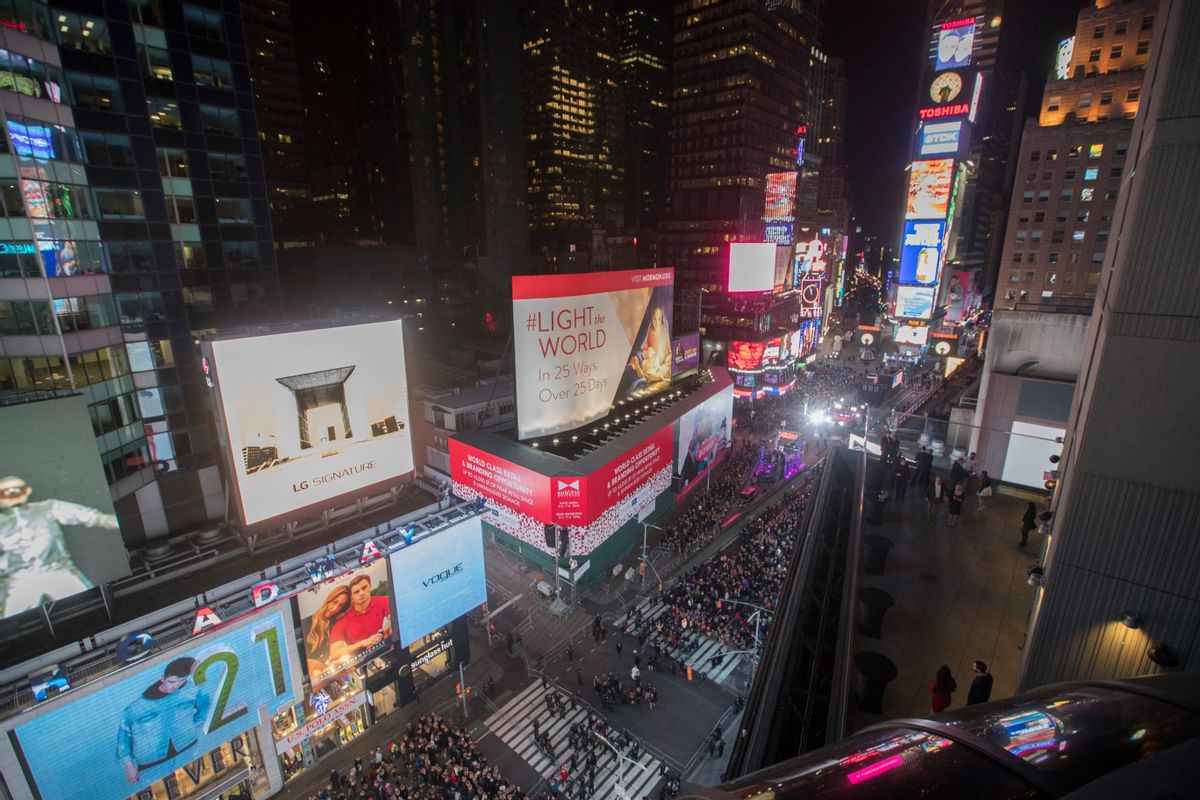 "LET'S BE HONEST: 2018 doesn't feel good," Eurasia Group stated in its report, published Tuesday. "Yes, markets are soaring and the economy isn't bad, but citizens are divided. Governments aren't doing much governing. And the global order is unraveling."

The report provided a forecast for 2018 and detailed the top 10 political risks the world could be faced with in the coming months.

"In the 20 years since we started Eurasia Group, the global environment has had its ups and downs. But if we had to pick one year for a big unexpected crisis — the geopolitical equivalent of the 2008 financial meltdown — it feels like 2018. Sorry." Eurasia Group wrote.

Of course, the global stir began with the election of President Donald Trump. His bombastic "America First" agenda "and the policies that flow from it have eroded the U.S.-led order and its guardrails, while no other country or set of countries stands ready or interested in rebuilding it . . . significantly increasing global risk. We now see more clearly a world without leadership," the group stated.

The Trump administration raises many questions regarding the outlook for the future and what exactly the U.S. stands for. Just two days into the new year, the president issued perhaps his most harrowing tweet yet: a direct threat of nuclear war against North Korea.

Along with a mixture of other variables, it comes as no surprise, then, that it has been predicted that in 2018 "the decline of U.S. influence in the world will accelerate."

Eurasia Group added, "The mix of soft power and economic and political liberalism faces a crisis of credibility. With little sense of strategic direction from the Trump White House, U.S. global power, used too aggressively by George W. Bush, then too timidly by Barack Obama, is sputtering to a stall."

The group issued a prediction of the top 10 risks that could occur in the year ahead. Here's a brief look.

As the U.S. enters the second year of the Trump presidency, "China is setting international standards with less resistance than ever before," Eurasia Group wrote. "Still, since 2008, we've seen a gradual erosion in global perceptions of the attractiveness of Western liberal democracies. There is now a viable alternative. For most of the West, China is not an appealing substitute. But for most everybody else, it is a plausible alternative. And with Xi ready and willing to offer that alternative and extend China's influence, that's the world's biggest risk this year."

As the U.S. remains engaged in several conflicts abroad, it's not a wild prediction that accidents will happen and trigger unintended consequences that can have serious implications. Whether one occurs on the Korean Peninsula, in Syria, the global war on terror or in the form of cyberattacks — "the risk of a major cyberattack has risen at a time when international mistrust and the erosion of common norms, standards, and architecture has made it more difficult to coordinate responses to attacks when they occur."

"Today, the big topic is data and, increasingly, the AI revolution, which empowers hierarchical organizations to control and sift that information. But this latest wave of innovation is taking place at a time of broader tensions within the internet and technology spaces that will play an important role for global markets in 2018."

Eurasia Group has predicted that Mexico will undergo a "tough year" that "will be a defining moment for the country's longer-term outlook." NAFTA renegotiations and a July 1 presidential election will be significant events for Mexico moving forward this year.

Perhaps the most predictable outlook is that tensions with Iran will seemingly get worse. It took Trump just hours into the new year to blast the nation and opportunistically express his support for anti-government Iranian protesters. "If the nuclear agreement fails, the world will enter a new and dangerous dynamic," Eurasia Group wrote.

6. "The erosion of institutions"

"The legitimacy of institutions depends on their credibility," and in recent years credibility of the U.S. media, for example, has dramatically decreased. "Much of the public now believes that reporting is habitually 'politicized,' feeding the growth of conspiracy theories and political movements that previous generations would have considered unacceptable," the Eurasia Group wrote.

Anti-establishment waves have spread across the globe and "have forced policymakers to shift toward a more mercantilist approach to global economic competition. Walls are going up." The 2016 U.S. election was perhaps the greatest example of how strongly the establishment has become resented. "Protectionism 2.0 will eventually inflict greater geopolitical damage than those who practice it expect."

The problems of the 2016 Brexit decision will continue into 2018 and continue to grow as "the country's troubles will come from both acrimonious Brexit negotiations and difficult domestic politics." Leadership under Prime Minister Theresa May has been shaky, and negotiations regarding the decision to withdraw from the European Union "could cost her the job."

Africa is facing rising threats of terrorism, and the U.S. has rapidly expanded its covert military operations across the continent. "The threat lies in security risks: militancy and terrorism. The dangers posed by Al Shabaab in East Africa and Al Qaeda in West Africa are not new, but they're set to intensify," Eurasia Group wrote. "Foreign investors may see their assets directly targeted. Tourist and energy installations will be especially at risk. This will put downward pressure on FDI into the continent, leaving development reliant on limited local capital."