Eric Marcus began his groundbreaking work of oral history in the late 1980s, at the height of the AIDS crisis 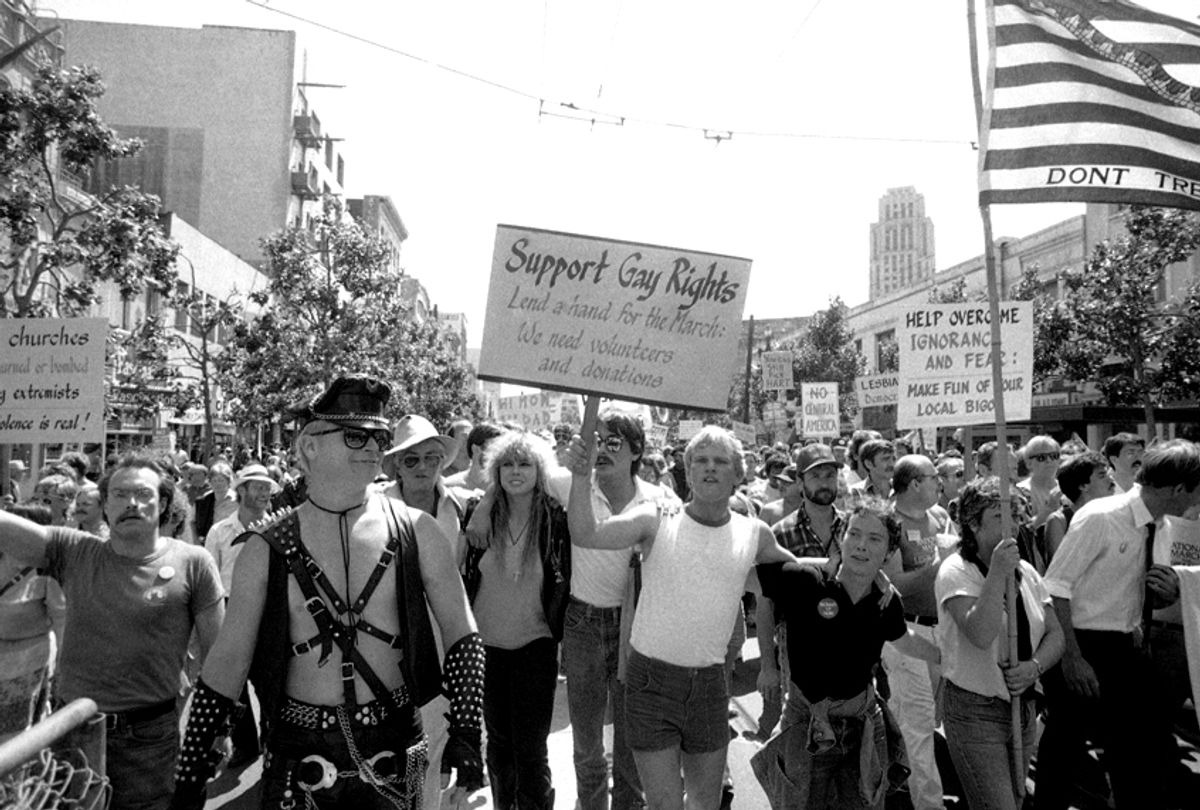 In the late '80s, author Eric Marcus set out to record the oral history of the gay civil rights movement in America.

“I had terrible anxiety over not being able to complete the project, or that something would happen to me on a flight from one place to another,” said Marcus. “Every time I had to fly somewhere, I made back up disks of all the material I had. I didn’t want my death — I cannot believe I thought of that — to kill the project. This had to be done. I felt such responsibility to these people, most of whom had never had their stories told, or they had been long forgotten.”

Before researching what would ultimately become his 1992 book “Making Gay History” (which was updated in 2002), Marcus didn't know that he came from proud and courageous people. “I was outraged that I didn’t know my history. We were not the fairies. We were not the cowering, fearful people I heard us described as. These were tough people, living through the most — unimaginable to me — difficult times.”

Marcus made a list of the people he had to interview first: the elderly and the people dying of AIDS. There was an urgency to his mission and deeply personal stakes.

One of his early trips brought him to Colorado, to find any living members of the Mattachine Society, which was founded in Los Angeles in 1950, as one of the earliest gay rights organizations in the United States. “They came up with this idea that gay people were an emergent culture,” Marcus said, “and that it was possible to change the way things were.”

The Mattachine Society had had a local chapter in Denver, and the owners of the local LGBTQ bookstore said Marcus should speak to Wendell Sayers, who attended meetings in the late '50s.

“I walked up to Wendell’s house,” said Marcus. “I have a vivid memory of him standing there with a beautiful smile. This was a man who clearly worked for what he had. He was the first black man to work for the Attorney General’s office in Denver. He was warm, he was engaging, and he was very eager to answer my questions. No one had asked.”

Sayers, who died in 1998, told Marcus the story of his father and mother driving him to the Mayo Clinic in Minnesota because his father had a suspicion that his son might be gay. At the time, hotels open to African Americans could be few and far between, so they slept in a tent they brought with them. “I was terrified,” Sayers told Marcus.“They had me in the hospital, in and out, for several days. They determined that I was homosexual and that there was nothing they could do about it.” The hospital told Wendell’s parents that he should be incarcerated.

“I had the opportunity to revisit this work,” said Marcus, “and I was completely take in by it again. Revisiting this material has been so life-affirming. If I did one thing in life, I recorded these stories, and I have the astounding privilege of sharing these memories of people who lived, who were important, whose stories might not have otherwise been told. And in sharing these stories I know that there are young people today, and young people for decades, maybe generations to come, who will know about their history. They won’t have to grow up the way I did, feeling as badly about themselves as I did, thinking I was alone.”