Trump is still involved in his business ventures all over the world. Is that constitutional?

Now, about that emoluments clause: Autocratic governments around the globe are pouring money into Trump's pocket 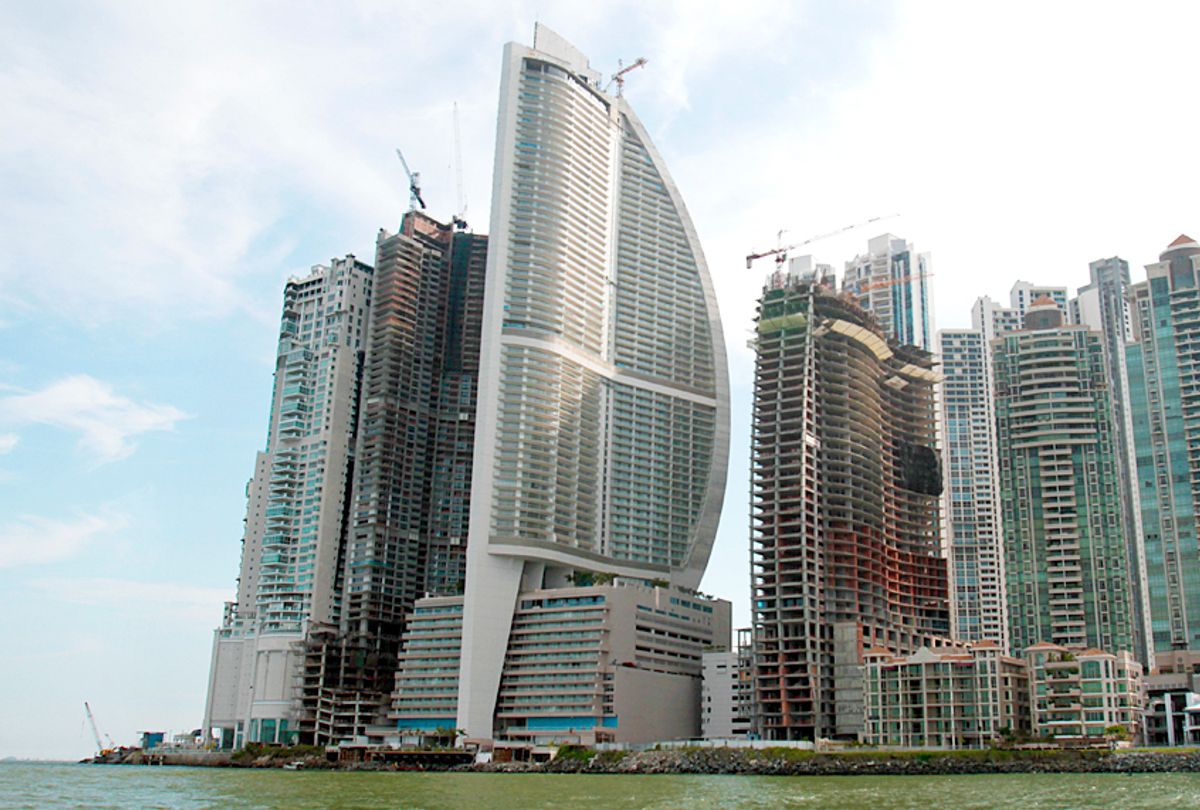 Over the holidays, a little Daily Beast story by Betsy Woodruff passed under the radar. She reported that Donald Trump is still personally involved in running his businesses. The media didn't pay much attention, but perhaps that's not surprising, considering that nobody in a million years actually believed Trump was going to leave his company solely in the hands of his two scions, Donald Jr. and Eric. After all, he's spent a third of his first term making personal promotional appearances at Trump properties. He's not exactly keeping it on the down-low that he's still got his hand in the business.

Still, they like to keep up the pretense that Trump isn't paying attention to Trump Organization details because he's so busy running the country. Woodruff published an email from the director of revenue management at the Trump Hotel in Washington, Jeng Chi Hung, written to an acquaintance on Sept. 12, 2017, which suggests that simply isn't true.

The company is interesting to work for being under the Trump umbrella. DJT is supposed to be out of the business and passed on to his sons, but he's definitely still involved . . . so it's interesting and unique in that way. I had a brief meeting with him a few weeks ago, and he was asking about banquet revenues and demographics. And, he asked if his presidency hurt the businesses. So, he seems self aware about things, at least more than he lets on. I am far left leaning politically, so working here has been somewhat of a challenge for me. But, it's all business.

This email may have passed unnoticed, but there's been quite a bit of coverage of the D.C. hotel, including the fact that all the visiting dignitaries insure that the president knows they're spending money that's going into his own pocket. (We don't know how much that money that might be, since he still refuses to turn over his tax returns.)

Trump's never really been committed to being a full-time president. At a press conference in January, Trump announced he had turned down a 2 billion-dollar deal just the week before. He said "I didn't have to turn it down because, as you know, I have a no-conflict situation because I'm president, which is — I didn't know about that until about three months ago, but it's a nice thing to have." He added:

He later told The New York Times, "In theory I could run my business perfectly and then run the country perfectly."

Trump's sons originally promised not to make any new "deals" in foreign countries, although the existing foreign deals would go forward as planned under their oversight. This was somehow supposed to ensure that the president wasn't subject to favors that might benefit his company at the expense of American foreign policy and national security. Trump promised he wouldn't care about his own personal fortune and that was that.

Everyone is aware by this time that that there is a constitutional prohibition against the president taking gifts from foreign dignitaries, often called the "emoluments clause." But until now it's been hard to make a case that Trump is violating it simply because prominent overseas visitors were picking up tabs at the Trump hotel. On Tuesday, McClatchy published a report that may change all that.

Their reporters gathered information from countries all over the world where existing Trump properties and "deals" exist and found that:

[G]overnments have donated public land, approved permits and eased environmental regulations for Trump-branded developments, creating a slew of potential conflicts as foreign leaders make investments that can be seen as gifts or attempts to gain access to the American president through his sprawling business empire.

The Trump Organization dismissed all this, but the money involved is huge and it puts Trump right in the crosshairs of the emoluments clause. McClatchy pulled together info culled from half a dozen different watchdog organizations that dug up financial details from governments that don't always make such information public. What they have found is probably the tip of the iceberg.

In countries from Indonesia to India to Panama to Uruguay to the Philippines,  governments are offering special favors. They are building special roads to Trump resorts and hotels, providing sewer and pipe projects, and offering trademarks for Trump-branded properties and consumer items, all of which will add up to millions more in profit for the Trump Organization.

President Trump has his whole family traveling all over the world taking meetings and fulfilling such "deals." If he's asking about the banquet revenues and the "demographics" for his hotels, you can bet he's getting information about his properties and brand profits, and he knows exactly who's being "loyal" and who isn't. Anyone who thinks that doesn't carry weight with Donald Trump hasn't been observing him very closely.

So far, no wily terrorist type has gotten it into his head that attacking a Trump-branded property overseas might provoke the mad tweeter into overreacting, but it's certainly possible someone will figure that out at some point. Trump's name is now synonymous with religious intolerance, xenophobia and racism all over the world. Having buildings and resorts with his name in sky-high letters -- in countries full of people who resent what he stands for -- presents a great temptation. That danger was always one of the main reasons he should have divested.

Trump has been tweeting away the last few days, causing one international incident after another, and no one is quite sure what's going on inside his head. He may be getting information from his lawyers or the intelligence community that's causing him anxiety. But for all we know, he's stressing about one of his businesses. That's something the citizens of this country should never have to worry about.