Once upon a time Fox ruled January with "American Idol." Its bet on "The Four" shows how much times have changed 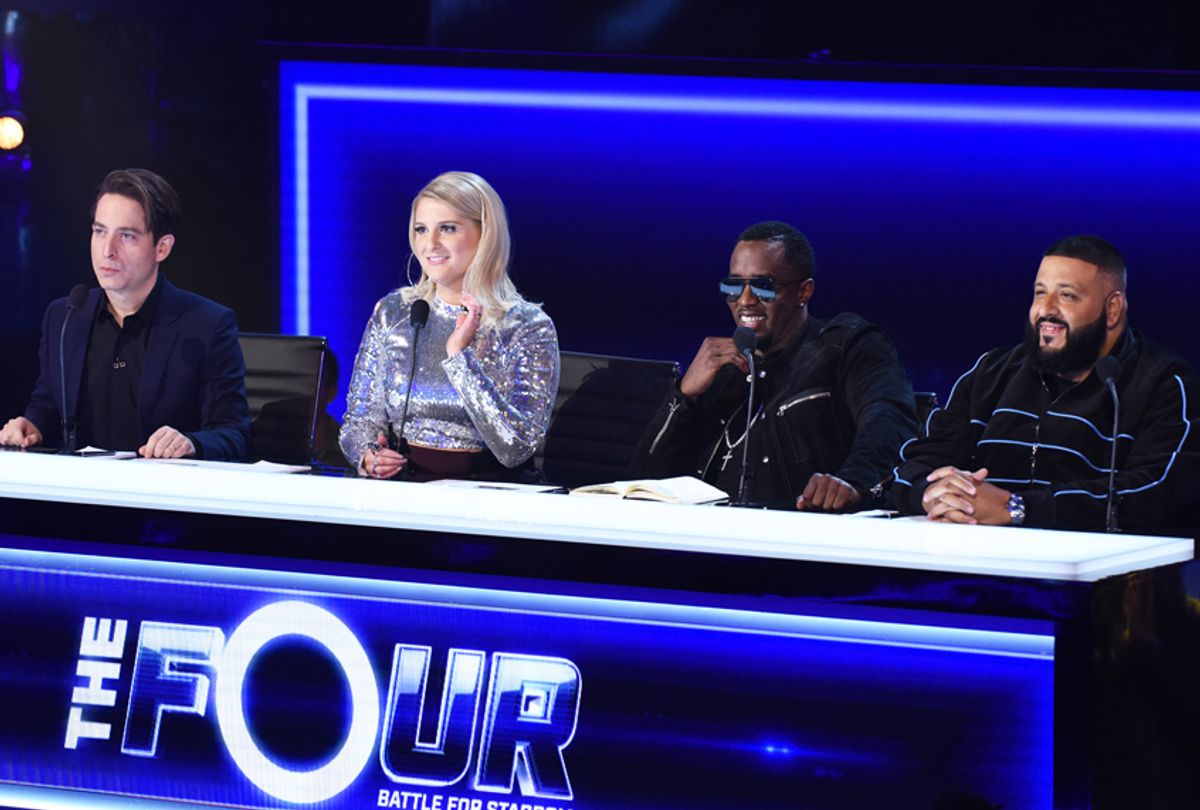 Not too long ago every broadcast network executive that didn’t work at Fox feared January’s arrival because of a two-word title that needed no introduction: “American Idol.”

At its apex, “Idol” attracted an audience so gigantic that it forced every other network to recalibrate their ratings expectations for their series, particularly new ones. Audience numbers for scripted dramas sharing the singing competition’s timeslot collapsed against the juggernaut. New comedies barely registered. One critic dubbed “Idol” television’s Death Star, and no reasonable person could disagree with that.

Just lending a smidge of context as we stare down the premiere of “The Four: Battle for Stardom,” Fox’s six-episode event series kicking off Thursday at 8 p.m.

The legacy of “American Idol” exists across television, film and the music industry. “Idol” winners Kelly Clarkson and Carrie Underwood are established top-40 hitmakers. Runners up Chris Daughtry and Adam Lambert are pop idols. Another, Jennifer Hudson, is an Oscar winner. And its host, Ryan Seacrest, has since partnered with Kelly Ripa on “Live with Kelly and Ryan” in addition to creating a media empire that includes syndicated radio programming and hosting any number of specials.

“Idol” proves an unspoken rule of the small screen, which is television makes its stars, not the other way around. When it began, Paula Abdul was the only judge whose name was familiar to audiences; most people had no idea who Randy Jackson or Simon Cowell were until the talent on the stage made us care.

“The Four,” conversely, launches on the might of its star power and little else. The judges are a “super team” consisting of DJ Khaled, pop star Meghan Trainor, record label executive Charlie Walk and Sean "Diddy" Combs, with one-named wonder Fergie as its host. Diddy is an ace salesman, which is why if he declares this show to be “disruptive” — even though it certainly look a lot like NBC’s “The Voice,” not to mention “American Idol,” the show that started it all (and is returning on another network, ABC) — one can understand why executives may be inclined to believe him.

On the other hand, there are a lot of “Idol” clones bopping around.

This does not scare Diddy, who executive produced "Making the Band" for several seasons on MTV, and added Da Band and Danity Kane to the musical firmament as part of that TV stint. Those bands may not have made a dent in our culture, but the exposure was pretty good for Diddy.

As the artist formerly known as Puffy explained to industry reporters gathered in Pasadena for the Television Critics Association Winter press tour, the main different with “The Four” is that it begins with a talent quartet the judges deem to be the best performers they could find. But their spots in the winners circle is not assured: they have to defend their positions. The combative nature of the competition isn't hidden backstage and off-camera. It's the point of the show.

"In the drop of a second, you could lose your seat,” he explained, going on to add, "It's kind of simple: It's like 'Game of Thrones'."

The winner receives career mentorship and support from the judges, all of whom will work to make that person into star, starting with being named an iHeartRadio “On The Verge” artist.

Essentially, then, the yet-to-be-named “Four” victor will become a wagon hitched to the Diddy train. That's not necessarily the worst position to be in. Indeed, the distinct formula of “The Four” acknowledges how much the starmaking process has changed since “Idol” launched in 2002.  That show's ratings decline late in its initial 15-season streak accelerated as social media became a more viable celebrity generator than reality television — that us, unless one’s last name happened to be Kardashian. YouTube, SoundCloud and other platforms are where singers are created these days.

The “Idol” tumble also coincided with a late-in-the-game injection of mega-celebrity juice, namely Jennifer Lopez, Harry Connick Jr. and Keith Urban. Those final seasons did much more for their respective profiles than it did for their winning contestants, and that’s the part the “super team” is leaning on. Diddy’s no dummy.

Having said all that, “The Four” is a six-episode January experiment, although if it works you can count on stumbling upon a lot more of it. But much of its success is riding on how much people want to spend time with Diddy and Fergie and the rest. We're going to be seeing much more of Khaled, by the way, since he's signed on as a new Weight Watchers spokesperson.

Provided this reality competition genre isn't already overly saturated, it could work. Or, people may choose to wait until February 26 to spend time with Blake Shelton, Adam Levine, Miley Cyrus and — oh, look there’s Jennifer Hudson again, joining the others on “The Voice.”

The bigger bet may be on ABC’s revival of “Idol” on March 11, with Seacrest returning as its host and Luke Bryan, Katy Perry and Lionel Richie serving as judges. But again, as “Idol” runner-up Clay Aiken pointed out to Salon last May, the excitement generated around these midseason returns may be more about the already famous people passing judgment from behind those exclusive tables, or in those swiveling chairs, as opposed to the unknowns taking their shot.

Referring to NBC's "The Voice," Aiken laments, “It’s about those damn chairs. It’s not about the singers . . .The point is to allow the kids onstage to be the stars.”

And it could be that this is our bag these days, that our idea of real entertainment is in marveling at the antics and pronouncements of fame’s gatekeepers as opposed to the dreamers knocking on its sparkling front door. We handed the keys of global power off to a reality celebrity deemed trustworthy because of his commanding television presence, after all. Allowing a guy who used to call himself Puffy and others name the next pop star has far lower stakes.

Besides, what else are we going to watch on Fox in January?  The network has to fill its airtime with something now that the Death Star has been diminished and warped off to another network.

Prepare to calibrate your tolerance and enjoyment of Sean Combs — and Fergie, for that matter — as TV personalities as opposed to witnessing the birth of a pop star. Regardless of what Diddy and the rest say, that is the true point of reality talent competitions in the age of fame worship.