Citing leaks to the press and improper handlings of the Steele dossier, GOP lawmakers call for Sessions to resign 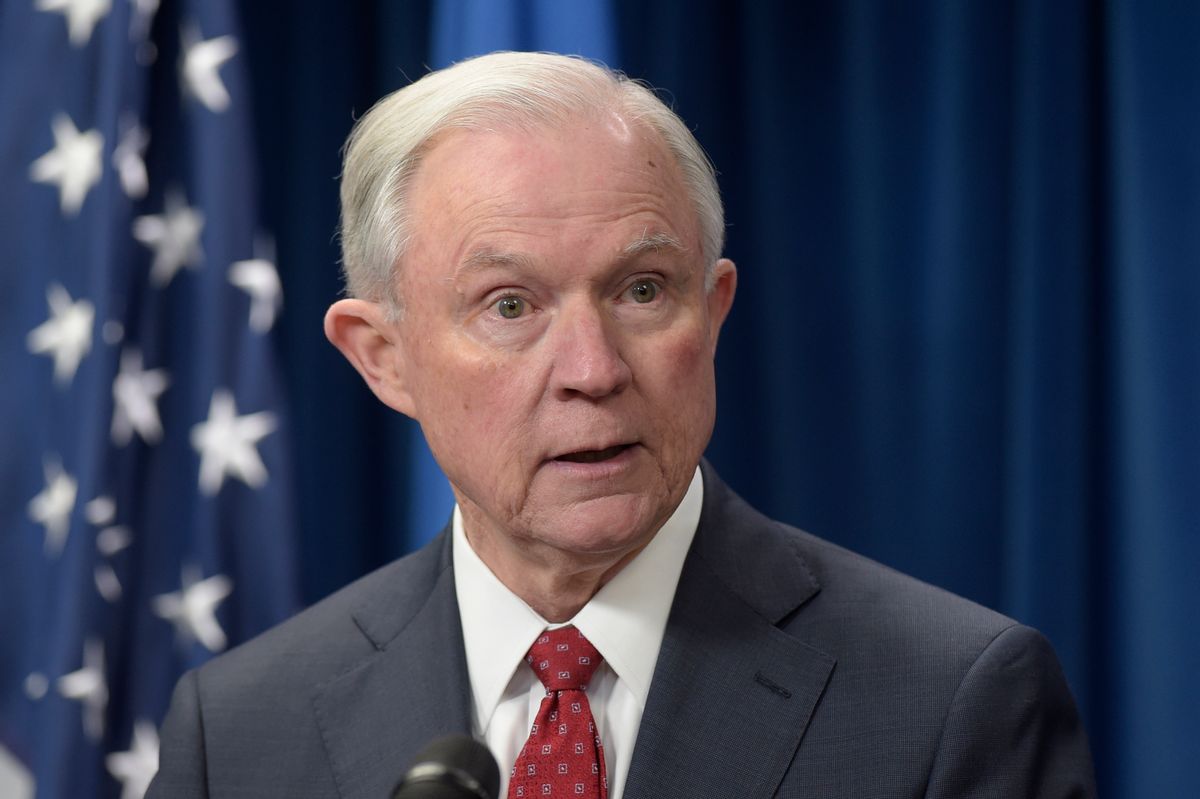 (FILE - In a Monday, March 6, 2017 file photo, Attorney General Jeff Sessions makes a statement on issues related to visas and travel, at the U.S. Customs and Border Protection office in Washington. On Wednesday, March 8, two days before Sessions gave dozens of the country's top federal prosecutors just hours to resign and clean out their desks, he gave those political appointees a pep talk during a conference call. (AP Photo/Susan Walsh, File)
--

Two House Freedom Caucus leaders are calling for Attorney General Jeff Sessions to resign from his post, in a Washington Examiner op-ed on Thursday, citing intelligence leaks to the press and the Justice Department's handling of the infamous dossier on President Donald Trump.

Reps. Mark Meadows of North Carolina and Jim Jordan of Ohio argued that "manufactured hysteria" regarding the Trump campaign's alleged ties to the Russian government "has frequently masked the substantial accomplishments of President Trump’s administration — some that qualify as historic."

The op-ed continued, "Yet, in spite of the constant headlines, rampant speculation, and overshadowing of accomplishments, a simple truth remains: There is no evidence of any collusion between the Trump campaign and the Russians."

Sure, there's no direct evidence so far that the two parties colluded in 2016, but there is a world of links that have been uncovered, thanks to a year's worth of aggressive journalism. Essential reporting has helped shine a light on previously unknown suspicious actions taken by some Trump campaign officials.

But the suggestion that Sessions should step down seems to be the latest example of the GOP's overt efforts to thwart or impede the investigation led by special counsel Robert Mueller. The move would also open the door for the investigation to be influenced by Sessions' replacement at the behest of the president, who has already received widespread condemnation for firing former FBI Director James Comey.

"Attorney General Jeff Sessions has recused himself from the Russia investigation, but it would appear he has no control at all of the premier law enforcement agency in the world," the lawmakers wrote. "It is time for Sessions to start managing in a spirit of transparency to bring all of this improper behavior to light and stop further violations."

They added, "When is it time for a new attorney general? Sadly, it seems the answer is now."

House Republicans have already attempted to impede the investigation by undercutting the FBI and the Justice Department, and a small group of lawmakers — deliberately excluding Democrats — have sought to find the agency's mishandling of the dossier compiled by former British spy Christopher Steele.

Those efforts have led House Democrats to contemplate potentially releasing a minority report, that would highlight the ways in which Republicans obstructed the House Intelligence Committee's investigation, as Salon previously reported.

As the Mueller investigation becomes further politicized, it sets the stage for various interpretations of any conclusions that are ultimately found in several different probes, rather than an agreeable set of facts that have been drawn from transparent and fair investigations.