The segment was supposed to be about marijuana, but it turned into Rohrabacher criticizing Cabrera 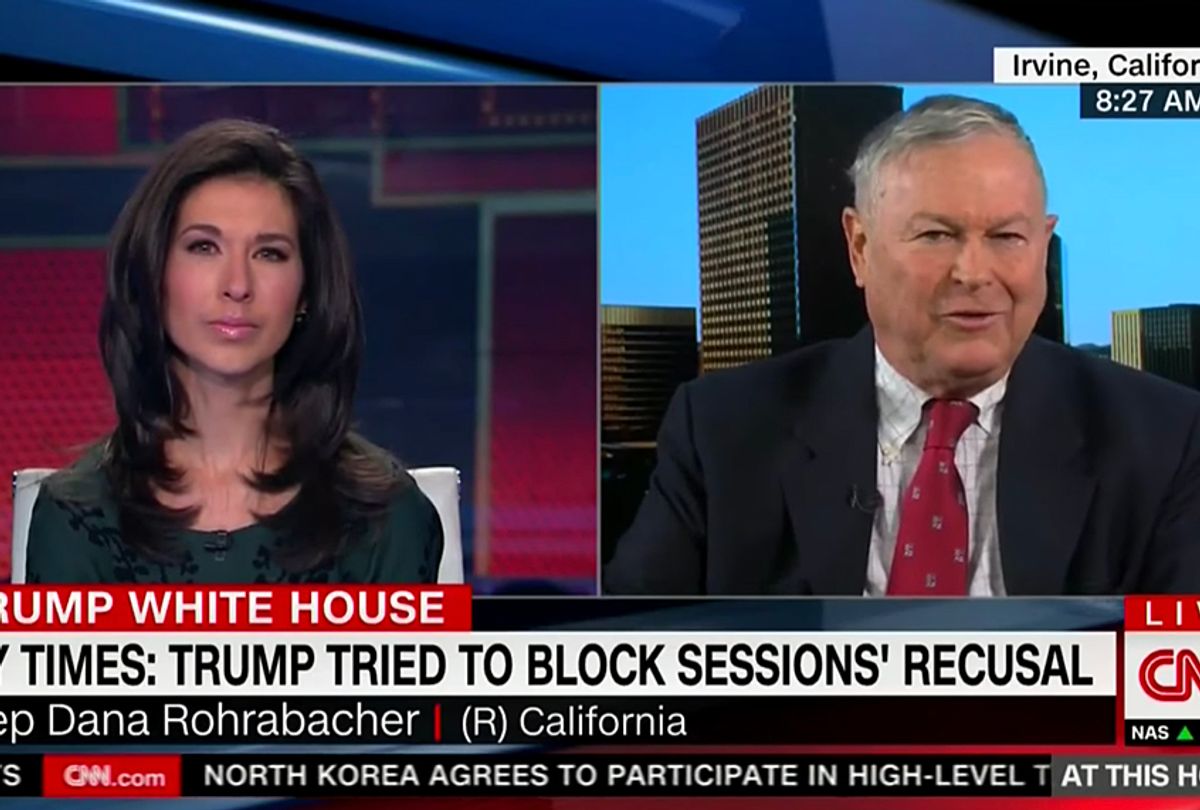 Congressman Dana Rohrabacher, R-Calif., made an appearance today on CNN to discuss his opposition to Jeff Sessions’ marijuana policy. Yet his appearance quickly devolved into a shouting match with Rohrabacher berating news anchor Ana Cabrera.

The conversation began with Cabrera asking Rohrabacher if he thought Sessions should resign. Rohrabacher answered by saying that the American people are getting a “taste” of what “people in Washington” have known for the last year — that Sessions “betrays the people who have faith in him.” Rohrabacher said Sessions “had no real reason to recuse himself.”

He didn’t answer Cabrera’s original question though, so she asked it again. Should Sessions resign?

Rohrabacher stumbled on his words, said he couldn’t make the call, and added that “the president has a legitimate right to say he was betrayed.”

“This issue was supposed to be about cannabis,” he said.

Cabrera reassured him that they’d get to the cannabis discussion shortly and asked about a recent report in the New York Times that suggested that Trump obstructed justice, since it was the news of the day.

What happened next was a demonstration of how patriarchy functions. Rohrabacher accused Cabrera of interrupting him, then interrupted her and unapologetically took over the discussion.

“Maybe somebody who is your guest should be able to say a few words,” Rohrabacher said to Cabrera. “Your last interviews had nobody on the other side of the issue coming in to have the discussion with CNN.

“Please, you might let me make my point before you interrupt me and try to refute me,” he said after Cabrera tried to add context. “This isn’t a news operation! This what is the president is upset about. He’s not getting a fair share from you and from the other media and things like this that will try to build into something sinister has happened.”

The sneering continued for a couple minutes until once again, Rohrabacher said to Cabrera, “it's also not good to interrupt people when they're trying to make a point when you're a news person.”

Cabrera apologized, and said, “I mean you no disrespect, sir.”