The CDC wants to prepare you for a nuclear detonation, but don't worry about it

On Jan. 16, the CDC will talk about “planning and preparation” efforts in case nuclear war happens 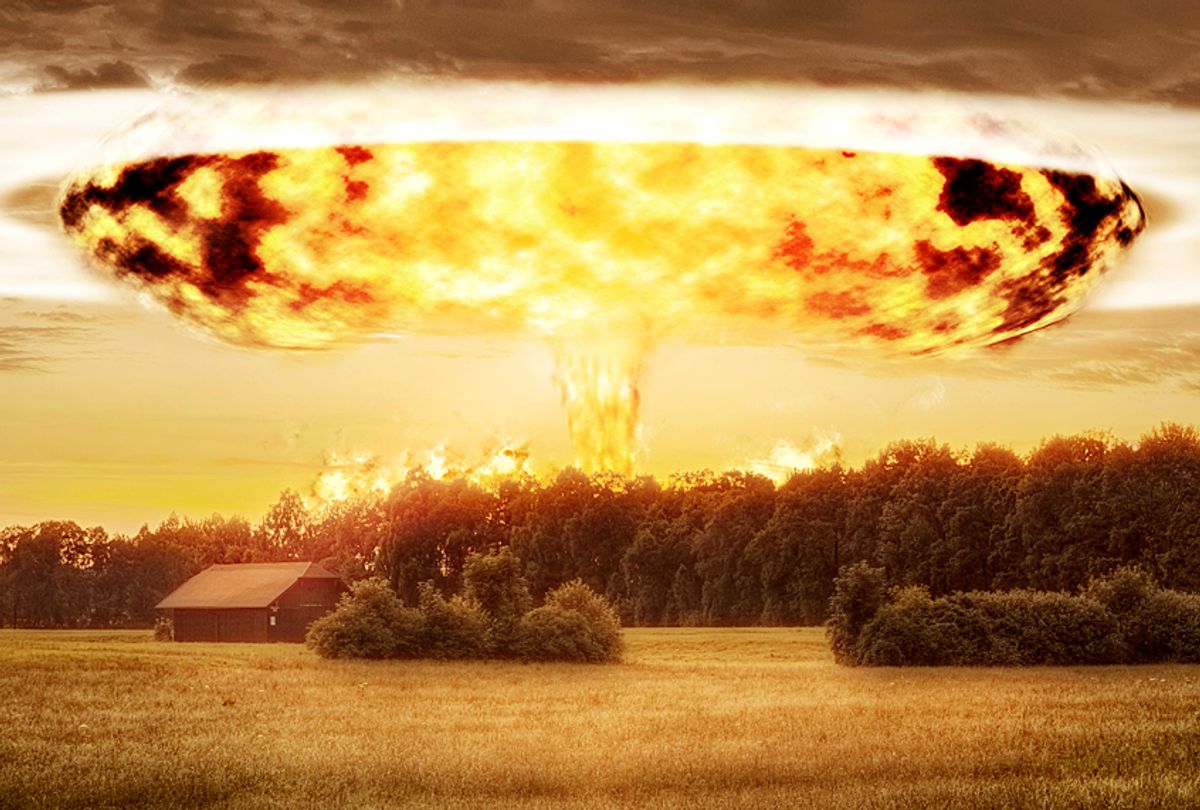 The Centers for Disease Control and Prevention is making plans to prepare people for the possibility of a nuclear detonation in the U.S., and it’s anything but comforting.

This month’s topic for the CDC’s monthly webcast, "Public Health Grand Rounds," is “Public Health Response to a Nuclear Detonation.”

“While a nuclear detonation is unlikely, it would have devastating results and there would be limited time to take critical protection steps. Despite the fear surrounding such an event, planning and preparation can lessen deaths and illness,” the meeting description states.

It’s hard for this not to induce a mild panic, especially considering the week we’ve experienced. On Jan. 2. Donald Trump again taunted Kim Jong-un on Twitter, telling him that his nuclear button is “bigger” and “works.”

“North Korean Leader Kim Jong Un just stated that the 'Nuclear Button is on his desk at all times.' Will someone from his depleted and food starved regime please inform him that I too have a Nuclear Button, but it is a much bigger & more powerful one than his, and my Button works!” Trump tweeted.

The fact that the president is so carelessly throwing around rhetoric about a nuclear war on Twitter, and seemingly trying to incite it, is concerning enough, so maybe the CDC is trying to send us a message.

The CDC said the meeting is “part of its mission" and told Salon the planning for it started in April.

“As part of its mission, CDC provides for the common defense of the country against all health threats. To fulfill that mission, Public Health Grand Rounds is part of CDC's longstanding and routine work, similar to work it does to prepare for other possible health emergencies with the goal of ensuring the public health community is prepared for all types of health threats. Planning for the Grand Rounds takes place regularly, and planning for this one began last April,” Kathy Harben, chief of news media at the CDC wrote in an email to Salon.

That may not be much help, considering Trump's rhetoric against North Korea began in March, as the rogue nation was ramping up its latest rounds of nuclear tests.

This isn’t the first time in the last few months that U.S. officials have taken steps to prepare for the possibility of a nuclear war. In December, the state of Hawaii announced it would start testing nuclear sirens for the first time since the end of the Cold War.