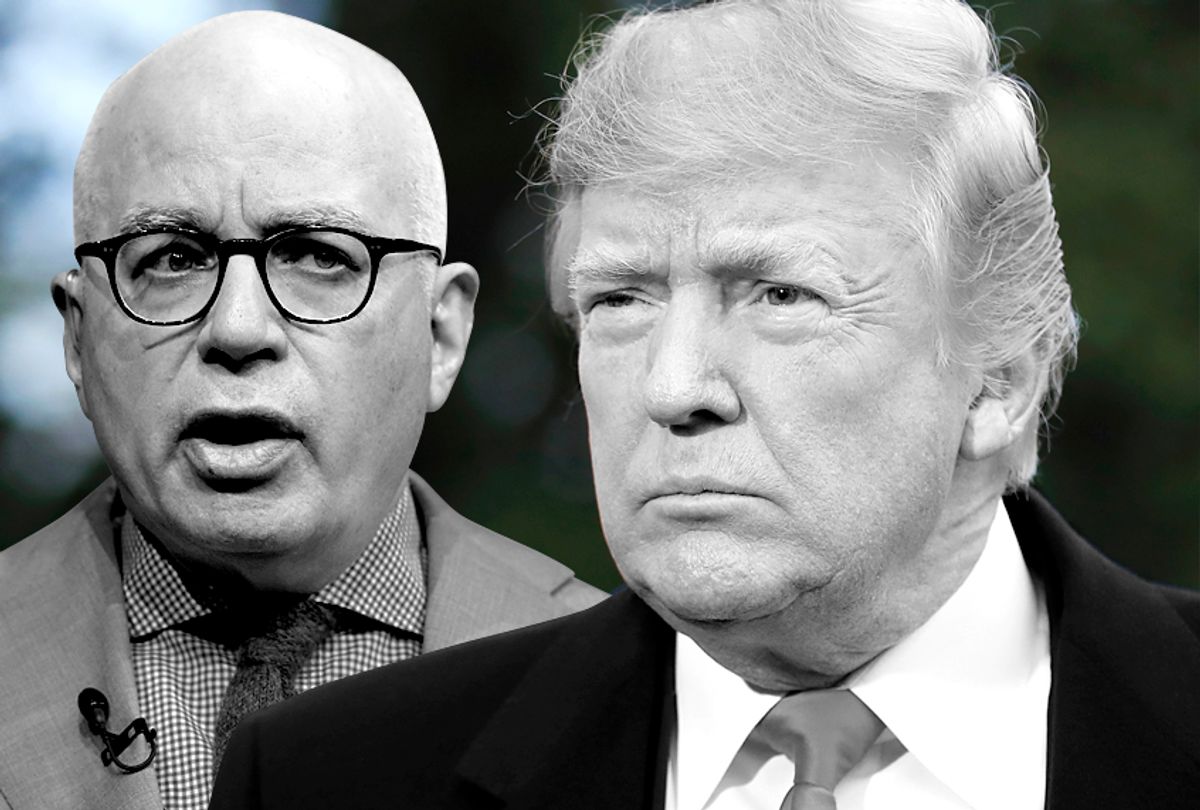 The wind howled, the windows rattled, the roof creaked, and outside, the snow fell, reaching depths of two and three feet, drifting even deeper. And this week we’ve been buried by another blizzard, the roll-out of the new Michael Wolff book on the Trump White House, “Fire and Fury,” published ahead of schedule Friday, and covered wall to wall by newspapers, cable news, talk radio, you name it.

But what have we learned, really, from Wolff’s insider gossip gleaned in the hallways and anterooms of the West Wing? That Trump is a “child?” That Trump has the attention span of a fruit fly? That his knowledge of policy can be measured by the thimbleful? That he can’t, or won’t, read anything longer than a haiku? That even his own cabinet ministers not only don’t respect him, but consider him a “moron,” or a “fool,” or an “idiot,” or “dumb as dirt?”

Not really. All of this has been reported over the past year, as Trump and his White House have careened from one self-inflicted disaster to another — from the calamitous executive order banning travel from Muslim nations, to the failed attempt to repeal Obamacare, to the failed ban on transgender citizens serving in the military, to the hurriedly cobbled together “win” that was supposed to cut taxes but ended up raising them for tens of millions of middle-class Americans.

The revelations of the Wolff book are being described as the same sort of “open secret” that sexual harassment and abuse were before allegations against Harvey Weinstein opened the floodgates this fall. The “secret” of Trump’s unfitness for office was known long before Trump frowned his way through his own inauguration last January. Who Trump is was on full display during the Republican party’s debates leading up to the 2016 primaries.

Do the words “clown car” ring any bells? Do you remember watching the Republican primary debates as they were featured on national television during prime time from August of 2015 through March of 2016? Trump himself harkened back to those days in his initial response to the Wolff book on Wednesday, when he lashed out at Steve Bannon, Wolff’s main on-the-record source. “Steve was a staffer who worked for me after I had already won the nomination by defeating seventeen candidates, often described as the most talented field ever assembled in the Republican party,” Trump said in a formal statement issued by the White House.

Remember Jim Gilmore? I didn’t either. He was the eminently forgettable former chairman of the Republican National Committee, who had also been a governor of Virginia before disappearing into the ether of ex-Republican-somebodies. Big Jim was allowed into the B-squad debate, held at 5 p.m., even though he didn’t meet the very low bar of achieving at least 1 percent in the polls leading up to the debates. The other sterling cast of characters who appeared in that time slot and were watched by an audience no one bothered to measure because it was so insignificant, were Rick Perry (the former Texas governor of the “ooops” I forgot my lines during the 2012 debates); Bobby “lemme bend over and slug back a sip of water” Jindal, the rising Republican wonder boy who gave the Republican response to one of Obama’s State of the Nation addresses and then dropped deservedly out of sight; Rick Santorum, the former Pennsylvania senator who authored the “Santorum amendment” promoting the teaching of Creationism; Lindsey Graham, the diminutive South Carolina Senator famous for being a friend of John McCain; Carly Fiorina, the former CEO of Hewlett Packard famous for taking the company into an unnecessary merger with Compaq that led to laying off 30,000 HP workers; and George Pataki, the former governor of New York, known for pretty much nothing at all.

The prime-time Republicans in Cleveland were 10 in number. Trump, of course, no introduction necessary; Jeb Bush, running on the platform of being George W. Bush’s younger brother; Scott Walker, the Wisconsin governor famous for destroying public-employee unions in that state; Mike Huckabee, former governor of Arkansas, player of the electric bass, and Fox News fundamentalist loon; Ben Carson, former neurosurgeon who decided to run for president because . . . well, we never really figured that one out; Ted Cruz, the Texas senator famous for leading the 2013 government shutdown in yet another a fruitless attempt to repeal the Affordable Care Act; Marco Rubio, the Florida senator who supported the invasion of Iraq and introduced one anti-abortion bill after another; Rand Paul, Kentucky senator famous for opposing the part of the Civil Rights Act of 1965 that prohibited segregation of lunch counters, hotels and other public accommodations; Chris Christie, the New Jersey governor who shut down the George Washington bridge in a fit of political pique; and John Kasich, the Ohio governor who apparently thought he deserved to be elected president simply because he was smarter than everybody else.

So this was the “most talented field ever assembled” by the Republican Party. There were 12 debates in all, held from August 2105 through March 2016. It was crowded up there on the stage at first, in prime time and during the 5 p.m. undercard. Candidates struggled to be heard. But one by one they were winnowed out, either by polling requirements to reach the debate stage or lack of funding for the various campaigns. Among the first to go were Gilmore, Graham, Perry and Walker, followed by Christie and Pataki and Santorum.

Hanging in there through it all, however, was Donald Trump, whose ignorance of issues and disdain for policy distinguished him from the rest of the weak field right from the beginning. He flubbed an early question about the so-called “nuclear triad,” but assured everyone that he loved “the nuclear.” He had no idea whatsoever about education issues, despite the fact he was the president of his own “Trump University.” And his knowledge of  health issues began and ended with pledging  to repeal Obamacare “on day one.”

His obsession was immigration, of course, promising to build a wall along the Mexican border and force that country to pay for it, and banning immigration by Muslim terrorists. But his real issues were the appearance and reputation of the other candidates. He memorably said of Fiorina, “Look at that face? Would anyone vote for that?” Rubio, who was judged to be insufficiently tall, was dubbed “Little Marco.” Cruz, who taunted Trump with his greater mastery of issues, became “Lyin’ Ted.” And Bush, who fumbled with a reason for running in the first place, became “Low Energy Jeb.” He won ovations for attacking the media, famously picking a fight with Megyn Kelly in an early debate, and riding that rhetorical bicycle for the rest of the run of them.

So what did we have up there over seven months of Republican Party primary debates? Infantile behavior? Check. Sophomoric name-calling? Check. Bash the media? Check. Nakedly overt misogyny? Check. Ignorance of issues? Check. Unreserved rejection of political norms? Check. Inability to focus? Check. Macho posturing? Check. Outright contempt for his fellow candidates? Check.

It wasn’t Trump’s ignorance and behavior that was surprising, however. What was remarkable was the entire “talented field” of Republican candidates itself. There were 17 Republicans who thought enough of themselves that they figured they could serve as president of the United States. You kept expecting one of them to confront Trump, voice dripping with disdain, and denounce him for the childish name calling. But not one of them did.

And now look where we are.