"The Chi": Finally, TV that does justice to Chicago's South Side 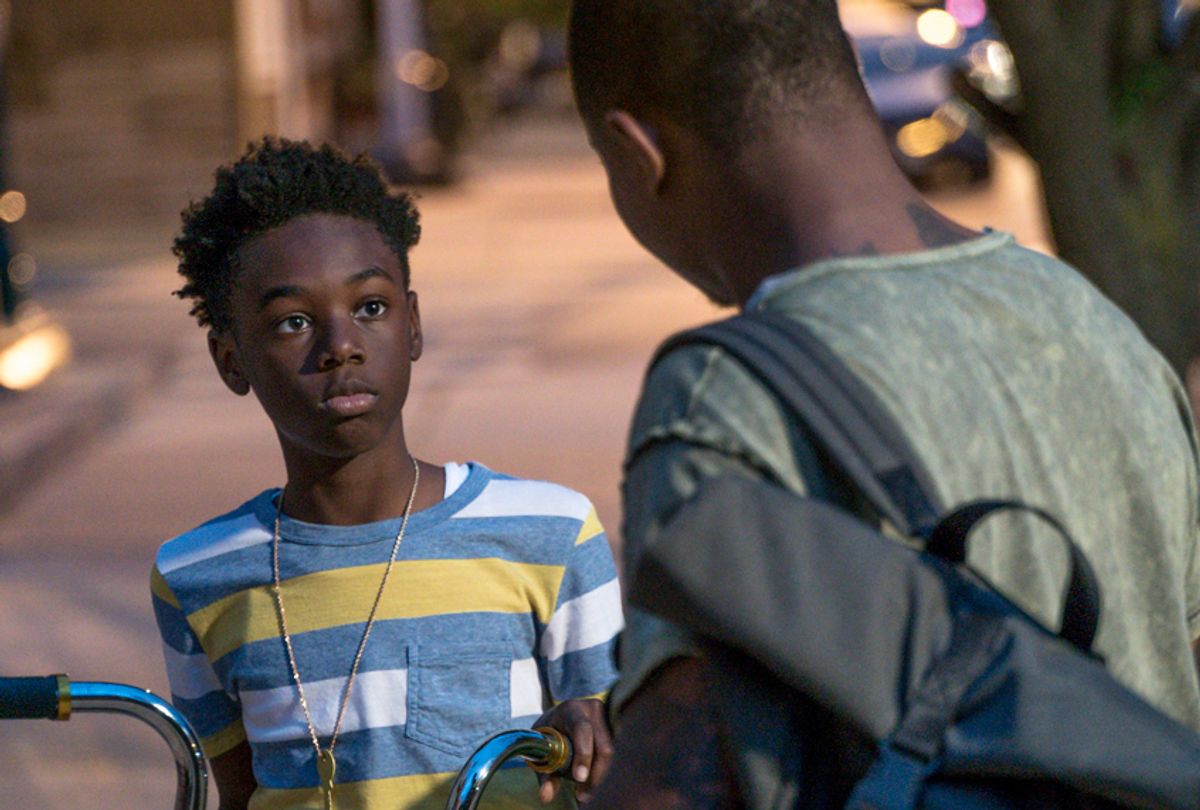 Chicago’s South Side has long been saddled with a reputation that can come across as comically out of proportion with the reality of it for those of us who grew up there. This was true long before the president used it as a campaign trail dog whistle and conservatives held it up as a symbol of urban violence run amok.

In the imaginations of people who have never set foot further south than downtown’s Loop — and that includes a large portion of the city’s white residents — the area is synonymous with housing projects, run-down neighborhoods and gang violence. Something to be survived, as opposed to a place where people barbecue in their back yards, operate businesses, help their neighbors, go to church, shop, and basically live their lives just like everybody else.

A person raised there might respond that, yes, those negative elements exist in their neighborhoods. But the South Side of Chicago, like any other place on the planet, is defined foremost by its people. “The Chi,” Lena Waithe’s Showtime series premiering Sunday at 10 p.m., captures this truth more than any other Chicago-based series on television even as it grapples with the broad scope of its tangle of narratives.

Within the first four episodes, Waithe and the producers create a bricolage of character arcs, narrative styles and dramatic genres that at times comes across as cumbersome or even frenetic. The resulting tale attempts to achieve a lot of things at once while tying everything together with a crime story developing as a subplot. In this sense its execution isn’t completely clean and can be somewhat confusing.

But its saving grace, the aspect that comes across with complete clarity, is the joy and sorrow and struggle channeled through these characters, all of whom live with and react to different circumstances presented to them within the same set of urban boundaries. One family can produce a striver (Jason Mitchell) and a smart, sensitive kid whose cockiness and streetwise sensibility leads him to make poor choices. Another allows tragedy to blind them with a wrath that spirals outward, and still another forces a handsome, carefree kid (Jacob Latimore) to contend with the duties of adulthood when circumstances drop responsibility at his feet.

Each of these people, even the most imperfect, breathes a distinctive culture into their neighborhood, and their kindness and creativity lends as much warmth and flavor to their community as the desperation and rage that painted the place its reputation for danger and bitterness. And that’s just part of the story we see in these first episodes.

“The Chi” may not be the first TV attempt to bring viewers into the streets, pulpits, living rooms and lives of a populace many are more comfortable judging from the outside. But it is the rare drama that begins by seating the audience inside the hearts and heads of the characters who live there.

Only then do the writers introduce a familiar catalyst, a pair of related crimes, to muddle any emotional clarity one may begin to attach to these characters. The crimes themselves shock, break our hearts even, and it’s simultaneously unfortunate and forgivable that this aspect of the plot so obviously lacks polish.

This show isn’t “The Wire,” though at times its careful consideration seems clearly influenced by that groundbreaking drama. Rather, if Waithe draws any lessons from the narrative style employed in that HBO series, it’s in laying out the reasons that the people in her series do what they do in a way that’s rational and understandable. In that way a down-on-his-luck drifter who would be conveniently expendable on another series (played with sensitivity by Ntare Guma Mbaho Mwine) becomes central to a story that ranges wide and wanders across a web of stories and emotions. The aforementioned crimes fray the fiber of the community’s web and hint at playing an auxiliary role in a burgeoning subplot related to corruption in the local police department. But the cops on that force don’t uniformly wear that same stain, particularly Detective Cruz (Armando Riesco), who commits himself to knowing the people on his beat where others would see them in the same light.

“The Chi” also leads viewers through the story from a child’s point of view, anchored by an energetic performance by Alex Hibbert, whose character Kevin unwittingly becomes a link between the tensions in the adult world and the innocent joys and annoyance of being school-aged. One scene tells it all, as Kevin darts from a real danger for fear of his life only to find himself captured by an amorous girl.

At times the leaps between these different subplots can feel a bit like whiplash, but the performances are rendered with such passion and heart as to ease the viewer’s way toward embracing the feelings these characters engender in us as opposed to being distracted by its all-in-one presentation.

But this only embodies the concurrent simplicity and difficulty of Waithe’s task in accurately depicting “The Chi.” All we’re asking the producers to do is show us the truth about a multifaceted place with all of its vitality, uniqueness, greatness and strife. All the drama's creators ask, in return, is to recognize that the place is built upon the fortitude of its people.