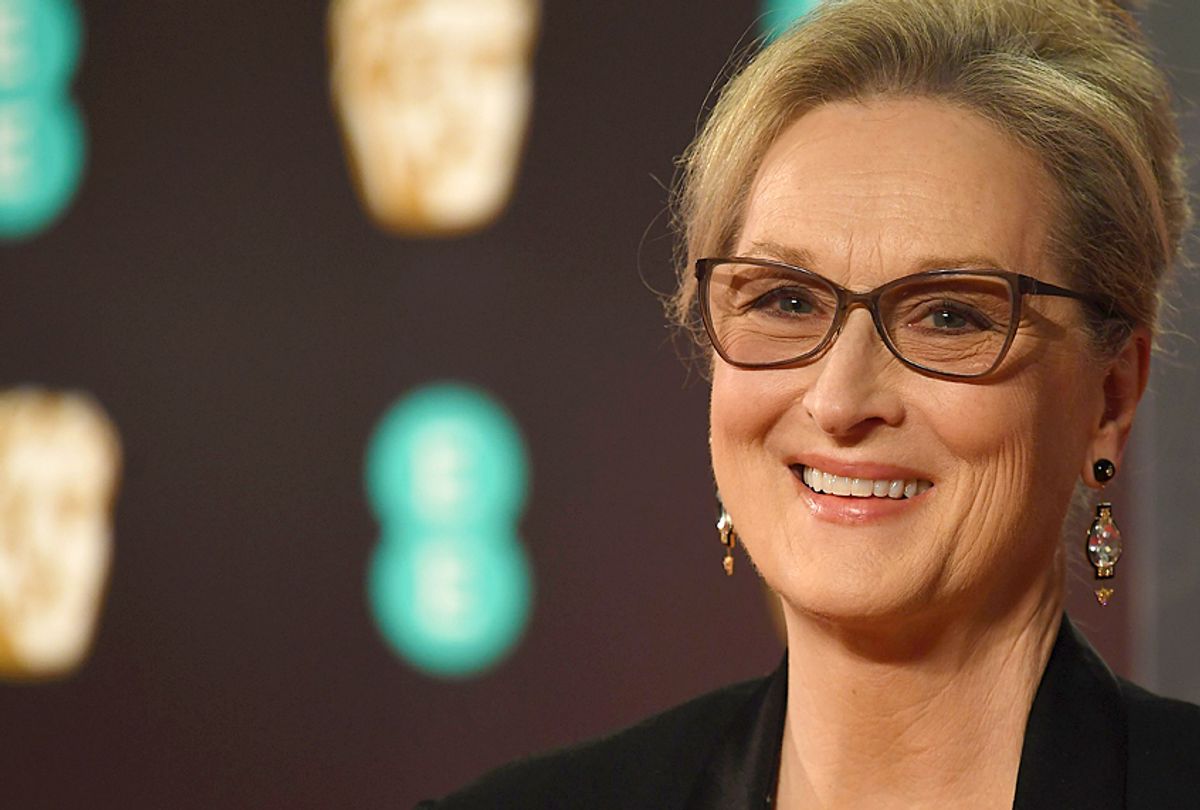 Among the actresses bringing activists as guests are Meryl Streep, Emma Watson, Michelle Williams and Amy Poehler, Laura Dern, Shailene Woodley and Susan Sarandon, according to the Associated Press. Streep will be joined on the red carpet by the director of the National Domestic Workers Alliance, Ai-jen Poo, while Williams will be joined with the #MeToo movement founder, Tarana Burke.

Watson's guest will be Marai Larasi, the executive director of Imkaan, a Black-feminist organization dedicated to addressing violence against women of color.

Poehler will be accompanied by Saru Jayaraman, president of Restaurant Opportunities Centers, an advocacy group for American food industry workers. Shailene Woodley, who was a prominent activist of halting the Dakota Access Pipeline near Native American grounds, will bring Suquamish Tribe member Calina Lawrence. Dern is expected to be joined by Monica Ramirez, an advocate for gender equality and worker-led movements against sexual violence, while Sarandon will bring political commentator, Rosa Clemente, the AP reported.

The advocates will walk with the actresses on the red carpet on Sunday evening "in a show of support for victims of sexual harassment and assault," a collective statement on Burke's Facebook page read. The guests were inspired by the overwhelming support from Hollywood women following the announcement of the "Time's Up" campaign, as Salon has previously reported.

"As longtime organizers, activists and advocates for racial and gender justice," Burke's statement read, "it gives us enormous pride to stand with the members of the TIMES UP campaign who have stood up and spoken out in this groundbreaking historical moment."

The statement continued, "We have each dedicated our lives to doing work that supports the least visible, most marginalized women in our diverse contexts. We do this work as participants in movements that seek to affirm the dignity and humanity of every person."

The news follows several months of women coming forward with stories of sexual abuse throughout Hollywood, the media and even the halls of U.S. Congress.

The statement went on, "This past year was a powerful one in the fight for gender equity and against sexual violence against women - from the Women’s March to the re-emergence of ‘me too’ as a viral hashtag that brought more than ten years of survivor-centered work to the mainstream."

Several stars and users on Twitter stood in solidarity with the activists, and thanked the actresses for their advocacy for women's rights.