Time's Up: How the celeb-led anti-harassment movement breaks from Hollywood convention 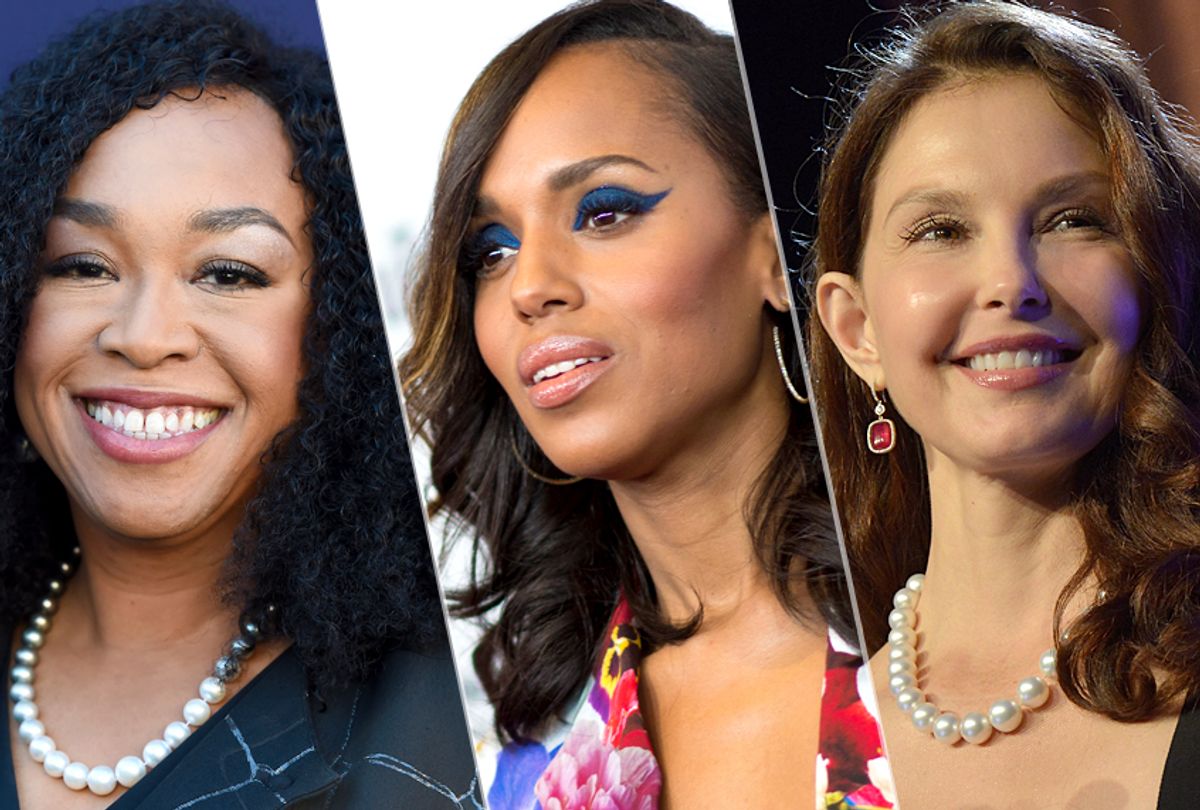 Over 300 notable women Hollywood actors, writers and directors have responded to the flood of #MeToo stories and accusations — precipitated by the allegations of sexual abuse levied against producer Harvey Weinstein — by joining together to fight sexual harassment the workplace in a new coordinated initiative.

Commendably, and somewhat surprisingly, this new effort, which has been in the works since September of 2017, is geared towards addressing the issue not only on the sets and in the conference rooms of the entertainment industry, but in the offices, factories and fields in which most American women actually labor.

Yesterday, the organizers 0f the effort, called "Time's Up," announced their intentions Monday in an open letter in the form of a full-page ad in the New York Times. The advert called for "a significant increase of women in positions of leadership and power across all industries," and announced a legal defense fund to support women and men victims of sexual misconduct at work. So far, Time's Up has raised over $14 million of its $15 million goal.

From Tracee Ellis Ross, to Eva Longoria, to Halle Berry, to Reese Witherspoon, many celebrity women posted the letter to their social media pages proudly affirming their support and signatures.

Those goals, those milestones, are welcome and notable. But of almost equal interest is the provenance of Time's Up's message. The letter of solidarity offered by Time's Up is less a work of Hollywood PR crafting than a follow-up and response to a similar letter released by Alianza Nacional de Campesinas (the National Farmworker Women's Alliance).

That earlier letter was signed by over 700,000 women farmworkers in November and was addressed to women in Hollywood and elsewhere who've come forward with their experiences of sexual harassment at work. The letter said that "Even though we work in different environments, we share a common experience of being preyed upon by individuals who have the power to hire, fire, blacklist and threaten our economic, physical and emotional security."

It was a reminder to the very visible women speaking out against Weinstein, James Toback and others — a group which includes Gwyneth Paltrow, Angelina Jolie, Rose McGowan, Lupita Nyong'o and more — that not all women had the ears and eyes of the media pointed towards them, that not every victim or perpetrator was a bold name, that not every #MeToo story would find headlines and some measure of justice or address. In it, the women of Alianza Nacional de Campesinas said they believed and stood with the women of Hollywood, seeing themselves as equals no matter how society would have it.

The letter from Time's Up acknowledged exactly the privileges of wealth and visibility that the entertainment industry affords many of its players and even its victims of sexual misconduct. Yes, it made clear that the women behind it were from Hollywood. But in a rare move for the industry, the ad turned attention back to the public, amplifying the experiences of women from less glamorous and high-profile industries.

To every woman employed in agriculture who has had to fend off unwanted sexual advances from her boss, every housekeeper who has tried to escape an assaultive guest, every janitor trapped nightly in a building with a predatory supervisor, every waitress grabbed by a customer and expected to take it with a smile, every garment and factory worker forced to trade sexual acts for more shifts, every domestic worker or home health aide forcibly touched by a client, every immigrant woman silenced by the threat of her undocumented status being reported in retaliation for speaking up and to women in every industry who are subjected to indignities and offensive behavior that they are expected to tolerate in order to make a living: We stand with you.

Hollywood stars often involve themselves in cartable causes, but rarely do we see them engaging in peer-to-peer communications while doing so. Times Up responds to and speaks with Alianza Nacional de Campesinas on terms set not by the entertainers, but by the farmworkers.

Now, yes, part of Time's Up involves celebrity advocacy efforts that feel more symbolic than active, like actors wearing all black to the Golden Globes. Yet Time's Up  still seems geared for accountability. While the daily media coverage of survivors from Hollywood is important, the women behind this initiative say they want to "want to lift up the voices, power, and strength of women working in low-wage industries where the lack of financial stability makes them vulnerable to high rates of gender-based violence and exploitation." It's an enlightened position that walks further toward true social justice than we most things we see coming out of the industry.

Aside from calling for equal pay, opportunities, and benefits for women — which Time's Up sees as essential for upending the unequal work environments that foster abuse and harassment — the group is also seeking "greater representation of women of color, immigrant women, and lesbian, bisexual, and transgender women whose experiences are significantly worse than their white, cisgender, straight peers." It's a drumbeat we've heard more and more often from women in the industry, but here it is spelled out perhaps more clearly, more poignantly.

The letter also "fervently urge[s]" the media to spend as much time covering the accusations from victims from all industries as it does on those coming from Hollywood. It's refreshing and valuable to see the primary beneficiaries of the media's obsession with centering the dialogue around workplace misconduct on Hollywood offering a corrective to it.

The organizers of Time's Up say they hope the legal defense fund and other partnerships and efforts can help victims and survivors without resources fight against sexual harassment and abuse in the workplace and ensure that there are consequences for all perpetrators, both for those with famous names and for those without. Overall, it's an important and admirable initiative during a time when dialogue has led to little action, especially for women outside of Hollywood.

Those behind Time's Up seem to understand that, while the national conversation about sexual harassment in the workplace was ignited in Hollywood, for there to be any degree of real progress, accountability and justice, the conversation cannot stay there or exist just in headlines and PR-vetted apologies.

Yet it's a familiar look for anyone concerned about social justice in this country. Here, as almost always, the oppressed are forced to topple the systems that oppress them. After basking in what's right about Time's Up, one is left wondering about the men who could be supporting it with their voices, about the men who created the systems that allowed predators to thrive in the first place, about the men in positions of legal, corporate and legislative power who could help enact change. As Roxane Gay wrote in the New York Times, "It’s time for men to start answering for themselves because women cannot possibly solve this problem they had no hand in creating."

But the group isn't waiting on them to activate. As it says, time is up for men who ignore or contribute to workplace misconduct. Now, will they step up, too?