"I've wasted enough of my viewers' time": A fiery exchange between Jake Tapper and Stephen Miller 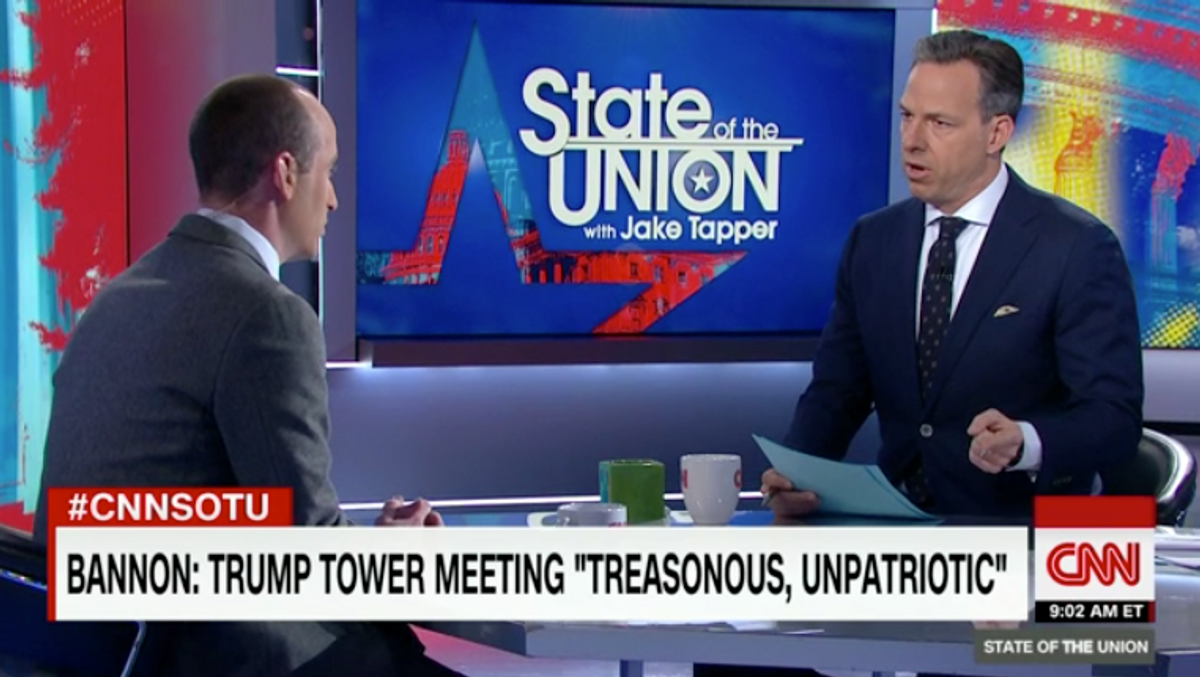 Fireworks ensued during an interview between CNN's Jake Tapper and White House senior policy adviser Stephen Miller, on Sunday morning, as the two could hardly even agree on a topic to discuss in length.

Ultimately, the interview ended quite abruptly, as Miller continued to talk over Tapper and refused to let him control the conversation.

"I think I've wasted enough of my viewers' time," Tapper told Miller. The CNN host then turned to the camera to transition his show to the next segment, and Miller continued to ramble.

Prior to that, the two managed to briefly discuss the feud between President Donald Trump and his former chief strategist Steve Bannon. In recent days the president has slammed his former ally over Twitter and branded him, like he so frequently does with his critics, as "Sloppy Steve."

Miller repeatedly insisted that Bannon's role in the White House "has been greatly exaggerated."

The rift between Trump and Bannon began as a result of excerpts that were published from an explosive new book authored by Michael Wolff, which Trump has referred to as "fake," and Miller played the same tune.

"The book is best understood as a work of very poorly written fiction," Miller said. "And I also will say, the author is a garbage author of a garbage book."

Tapper turned the discussion to Trump's recent outbursts about his own mental health, after he mocked concerns of instability on Twitter and dubbed himself a "very stable genius."

Though despite widespread concern, Miller explained that the person he knew, was "a man who is a political genius."

Tapper told Miller, "There's one viewer that you care about right now," implying he was only looking to please his boss. But it turns out Tapper was essentially correct. Shortly after the segment ended the president tweeted his support for Miller, and said Tapper, "got destroyed."