NRATV host: People who kill themselves with guns don't count 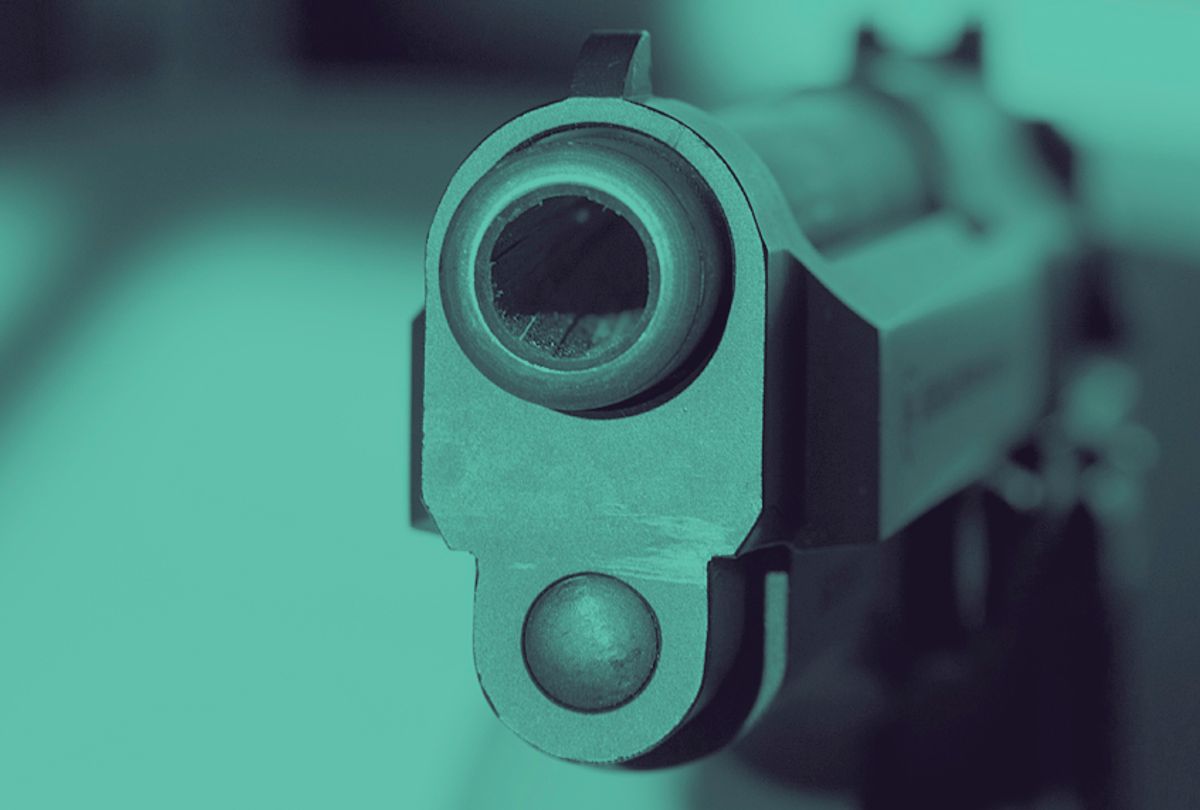 In counting down top-three fake news stories about guns from 2017, NRATV host Grant Stinchfield asserted that suicides by firearms shouldn't be counted as "gun deaths," even though they very clearly are deaths by gun. Fancy that.

"The final fake news of the year comes in the form of a statistic, the overused 30,000 gun deaths a year," Stinchfield said. "The left never mentions that two-thirds of those include suicides. Yet it is a number thrown around like confetti. And it’s deceptive to say the least. From The Washington Post to The New York Times, they all use it to wage war on gun ownership.

According to the Centers for Disease Control and Prevention, there were 36, 252 gun-related deaths in 2015, and while nearly 13,000 were homicides, 22,018 were suicides. In 2016, data from the Centers showed that gun deaths have increased for the second year in a row.

Stinchfield says his list of fake news was inspired by President Donald Trump announcing his own "FAKE NEWS AWARDS" that, like most of his announcements and promises, has yet to become a reality.

"So 2018 is shaping up to be a busy year for us here at NRATV, exposing and correcting fake news has, yes, become a full time job for us," Stinchfield said. "The devious and deceitful media are not letting up. So while President Trump released his top three fake news stories, I want to officially release mine. All related to fake gun news, of course."

For one, guns are the most fatal suicide method, resulting "in more deaths than every other method combined," according to the Trace. Further, while Harvard University T.H. Chan School of Public Health found that the overwhelming majority of people who attempted suicide and survived did not attempt to take their own lives again. There is, of course, little chance of survival for suicide by gun. At least for some people, the decision to attempt suicide can be an impulsive one that cannot be easily rectified or survived if a firearm is readily available, which is perhaps part of the reason why gun owners suffer from a notably higher mortality rate than non-gun owners.

Other studies suggest other ways in which gun ownership and suicide rates may be connected. In particular, states with high gun ownership rates also often support high suicide rates according to The American Journal of Public Health. For young people attempting suicide, having a gun in the house made an especially huge difference. In a study that surveyed 44 youth suicides, 36 used firearms found inside their homes, The Trace reported.

Research revealing similar findings is expansive, extensive and published widely. All of it suggests that gun control and an improved gun culture may not only prevent the murders and spree killings the media tends to focus on, but save lives elsewhere.

All this, it seems, is meaningless for Stinchfield, who suggests that the two thirds of gun deaths in American that are attributable to suicide don't even matter. It's an odd position for someone who works for what claims to be a gun-owner advocacy group. After all, those who kill themselves with their guns are gun owners, too.

If you are thinking about harming yourself or attempting suicide — or if you believe someone you know is — call the National Suicide Prevention Lifeline at 1-800-273-8255 or visit them for immediate help here.