Did the company do enough to protect its dancers from longtime director Peter Martins? 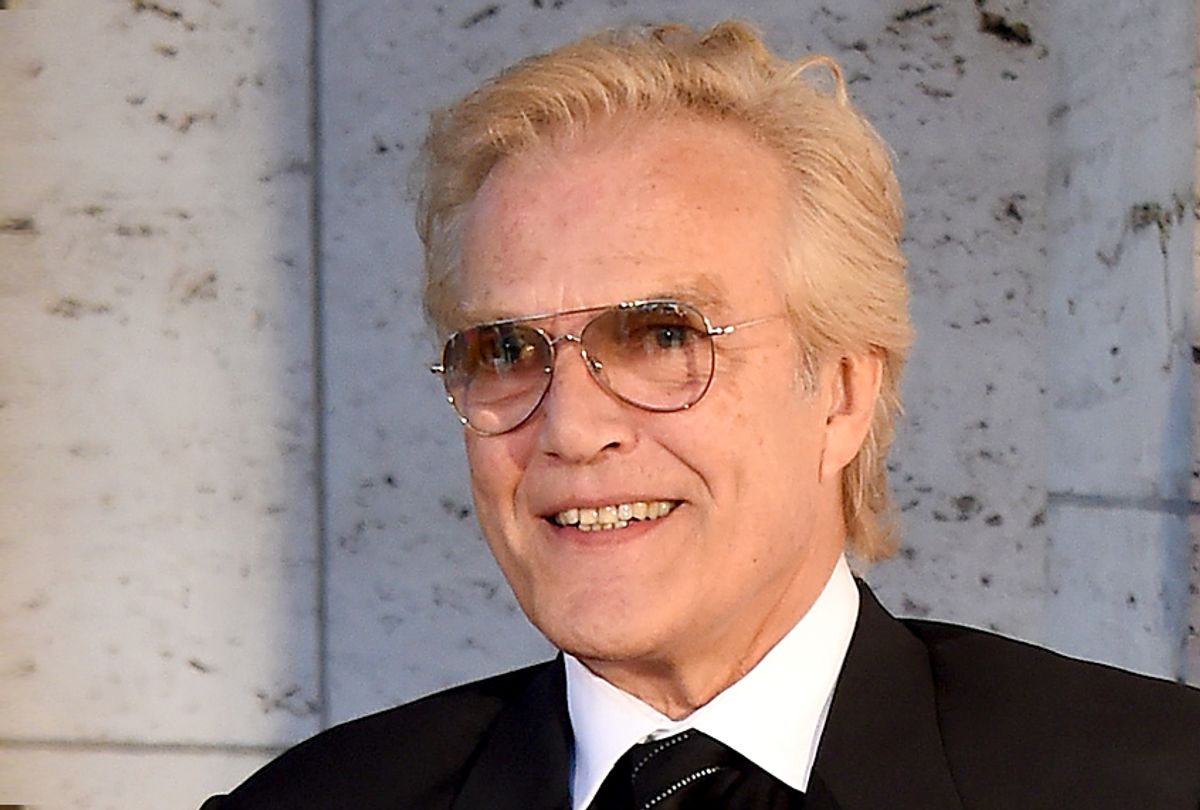 Currently under investigation in connection with multiple allegations of physical abuse and sexual misconduct, longtime director of the New York City Ballet and School of American Ballet Peter Martins retired last week before management could come to an internal verdict.

In his resignation letter, Martins wrote, "to bring an end to this disruption which has enveloped the Ballet and the School, I have decided that it is time for me to retire." He also wrote that he believes the investigation "would have vindicated" him. On December 29th, just two days before retiring, Martins was arrested for driving while intoxicated after a car accident. The NYCB investigation is still ongoing.

While this signals an end to Martins' long, illustrious career, it is only the beginning of mapping the trail of alleged victims he leaves behind him. In her first on-camera interview, one of them victims is providing new details of her interactions with Martins, including accounts of verbal and sexual abuse. (Full disclosure: I am engaged to her son, and had heard her story before. This interview with Salon marks the first time she was willing to speak on camera and on record, and offers more detail of her alleged experiences with Martins.)

Wilhelmina Frankfurt, a former NYCB ballerina and currently a dance educator, joined me on "Salon Talks" to discuss Martin’s legacy and reveal new claims against her former director. In the past, Frankfurt has been reluctant to make herself part of this story, preferring the focus to be dance culture reform in general. In the wake of the series of very public allegations against Martins and the rise of the #MeToo movement, however, that has changed. Already, Frankfurt has written an op-ed in Dance Magazine in which she said "Am I a victim of Martins abuse? Yes. Was it sexual? Yes. Was it consensual? No." Watch the video below to hear Frankfurt detail disturbing encounters with Martins.

"It was scary," Frankfurt told me of her time with Martins. "One incident that occurred happened while I was in the middle of a performance . . . He took me and pulled me into his dressing room and, exposed himself to me. And I had on a tutu. I mean, with an American flag on it, and I ran out because I had to do the finale. But you know, I just, I just ran out of the room." This is not the only negative experience Frankfurt claims she had with Martins, saying one incident in particular is "so big I don’t think I can talk about it." Shortly after accusations against Martins made headlines, Frankfurt was contacted by those conducting the NYCB investigation. But, as she told the Washington Post, organizers refused to let her bring a witness unless both signed non-disclosure agreements.

Another former dancer, Kelly Boal, told the Post that she felt the lawyer leading the investigation, Barbara Hoey, was trying to "interrogate" and discredit her. Salon contacted NYCB, but received no response pertaining to those details of the investigation. Salon also sent multiple requests to Martins' attorney for comment, but received no response. Frankfurt also says she left the NYCB in 1985 after suffering Martins' verbal abuse. (Watch the full "Salon Talks" interview for details.) "After that," she says, "he removed me from every single part I had. He just took me out. So I was there but not there and it was humiliating, completely humiliating." Indeed, as director, Martins was in a position to make or break careers, creating a power dynamic that left dancers in difficult positions. Frankfurt said she didn’t report the incidents at the time because there was "no HR department" and "no one to go to." "I just lived with it the way that everyone lived with it," she says. "It was too scary as a dancer because these people determine your life, you know. And all you want to do is dance."

In December, the New York Times detailed Martin's alleged history of physical abuse, body shaming and demeaning behavior, later reporting that at least 24 former dancers described a culture of intimidation. An anonymous letter was also sent to NYCB alleging sexual misconduct. Martins has denied all claims against him. Frankfurt claims to have witnessed other dancers become victims of Martins’ physical abuse herself.

In the video below, Frankfurt describes the recurring dreams she experienced following her experiences and how she has dealt with blame and shame.

Questions are now being raised as to whether the board of NYCB allowed Martins to act with impunity for years. "He ran everything. He ran the school, he ran the company, he was involved in the Balanchine trust, involved in every single aspect of the company and basically his word was law," Frankfurt said. "I think it’s a classic story of there’s no checks and balances". In 1992, Martins was charged with assault by his wife, Darci Kistler, but the charges were later dropped. He also has another DUI charge from 2011. None of those incidents seem to have threatened his position.

Martins took over the NYCB after founder George Balanchine’s death in 1983, at first in a co-directing role with Jerome Robbins, and then as sole director in 1989. Since the allegations first surfaced in the media, some dancers have come to Martins’ defense. Megan Johnson and Robert Fairchild both reached out to the Times on their own to speak about their positive professional interactions with him. "It depends on who you are," Frankfurt said in response to those women. "The people that didn’t have the experience have to acknowledge that others have the experience."

Moving forward, Frankfurt hopes this moment sparks long lasting change in ballet culture. "I’m hoping that if New York City Ballet can handle this correctly, that there will be rules and regulations in place that the dance world at large will be able, like all the other organizations that are beginning to discuss this, come forward and say, this is no longer." She adds, "This is how you have to operate. And those people will have to be answerable to someone."

Since December, when Martins was placed on leave due to the investigation, four people have been working in concert as interim directors for NYCB. While there is no decision yet on a permanent replacement, Frankfurt said she’d "love" for it to be a woman. Since its founding in 1948, City Ballet company has only been led by men.