Trump's biggest GOP critics have grown to love him

Lots of Republicans have criticized Trump but not any more 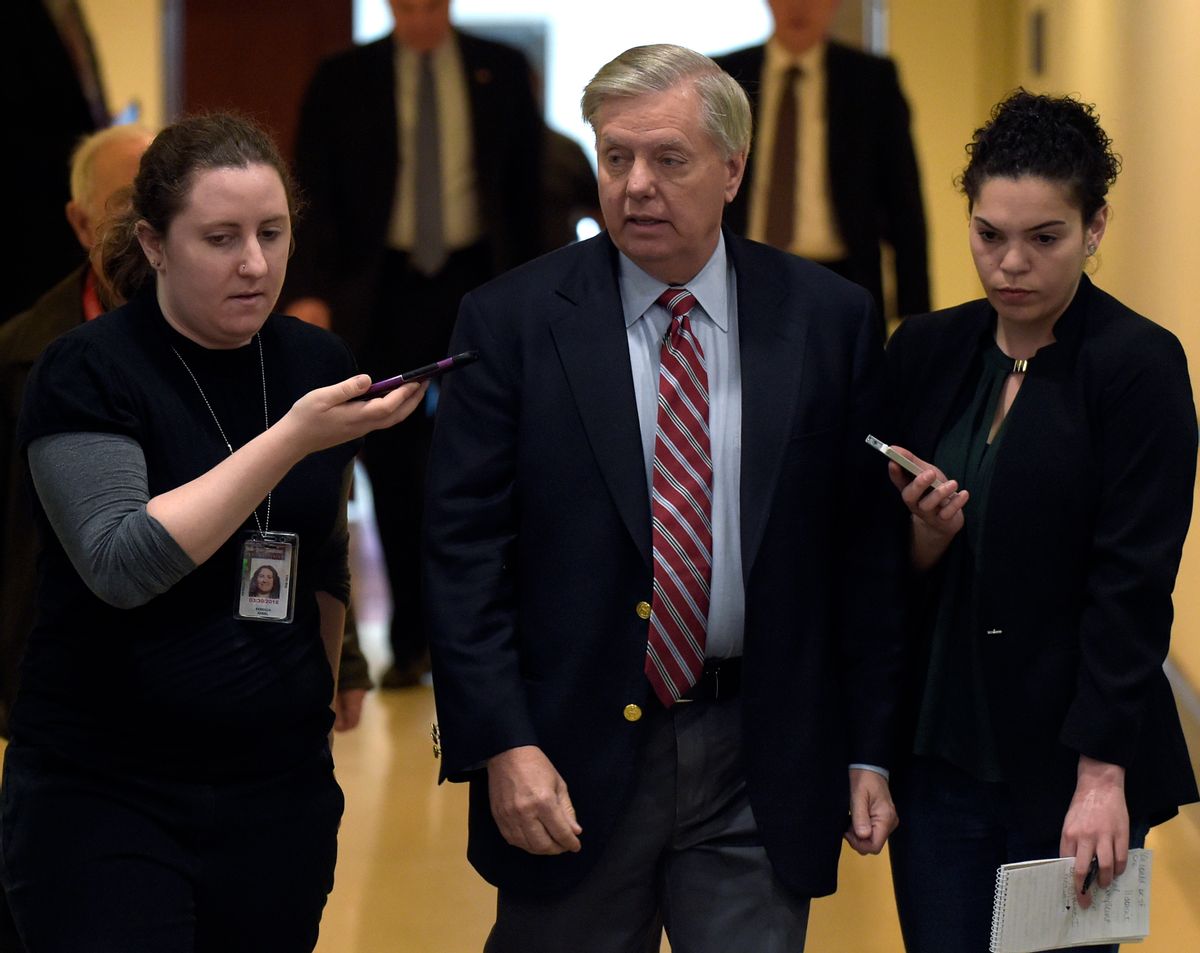 Up until it became essentially impossible for someone or anyone to become the Republican presidential nominee in 2016, GOP elected officials tried to stay as far away as possible from Donald Trump. Just 11 House members and three governors endorsed him during the primary campaign. Only one senator —  Jeff Sessions — backed him then.

Plenty of Republicans went much further than simply staying quiet, no more so than Sen. Lindsey Graham of South Carolina, who was one of 17 other GOP candidates who opposed Trump. An unflinching  advocate of a militaristic foreign policy, Graham criticized Trump during his own presidential campaign.

"You know how you make America great again? Tell Donald Trump to go to hell," Graham said during a December 2015 interview with CNN during which he also called the future president a "race-baiting, xenophobic, religious bigot" whose less intervention-oriented foreign policy statements ought to qualify him as "man of the year" of the terrorist group ISIS. Graham had also called Trump a "kook," "crazy," and "unfit for office."

Since Trump became the president, however, Graham — just like nearly all other elected Republicans — dramatically cut back on such statements. In turn, instead of pushing for more spending and the elimination of tax dodges favored by the extremely wealthy, Trump has essentially given the congressional GOP free rein to do what they want on domestic politics. In terms of foreign policy, they've also realized that, for all his talk of how "stupid" former president George W. Bush was to take the United States into Iraq, Trump has lined up squarely with his fellow Republicans.

“The first thing I want to tell you is he beat me like a drum,” Graham said, avoiding any real criticism of Trump. “He ran against 17 Republicans and crushed us all. He ran against the Clinton machine and won. So, all I can say is you can say anything you want to say about the guy. I said it was xenophobic, race-baiting religious bigot. I ran out of things to say. He won. Guess what? He’s our president.”

"You're calling him a xenophobic religious bigot?" a curious Joy Behar asked.

"I did that during the campaign," Graham replied, unintentionally revealing that the one thing Republicans can't seem to say is just how much Trump has allowed the GOP to shape his policy views.

"In my view, he is my president and is doing a really good job on multiple fronts," Graham continued. "No, I don't think he's a xenophobic, race-baiting, religious bigot as president."

Later on, the senator did at least say that he agrees with the policies Trump has been promoting.

"Why am I helping him? Because somebody better deal with North Korea before they get a missile to hit us. He's our president. He is taking the gloves off against ISIL and rebuilding our military. I want to thank him for that," he said.

Apparently the one thing he can't thank Trump for is going back on his campaign-trail promises.

Tennessee Sen. Bob Corker has also patched things up with Trump after having previously criticized him as someone who "debases our country" and who also has "great difficulty with the truth."

According to CNN, Corker flew with Trump on Air Force One as the two have been discussing making modifications to the United Nations agreement with Iran over the country's nuclear reactors.

As part of his better relationship with the president, Corker did not pipe up with criticism of Trump for taunting North Korean dictator Kim Jong Un. Previously, Corker had said he feared Trump's frequently erratic behavior might be setting America "on the path to World War III."