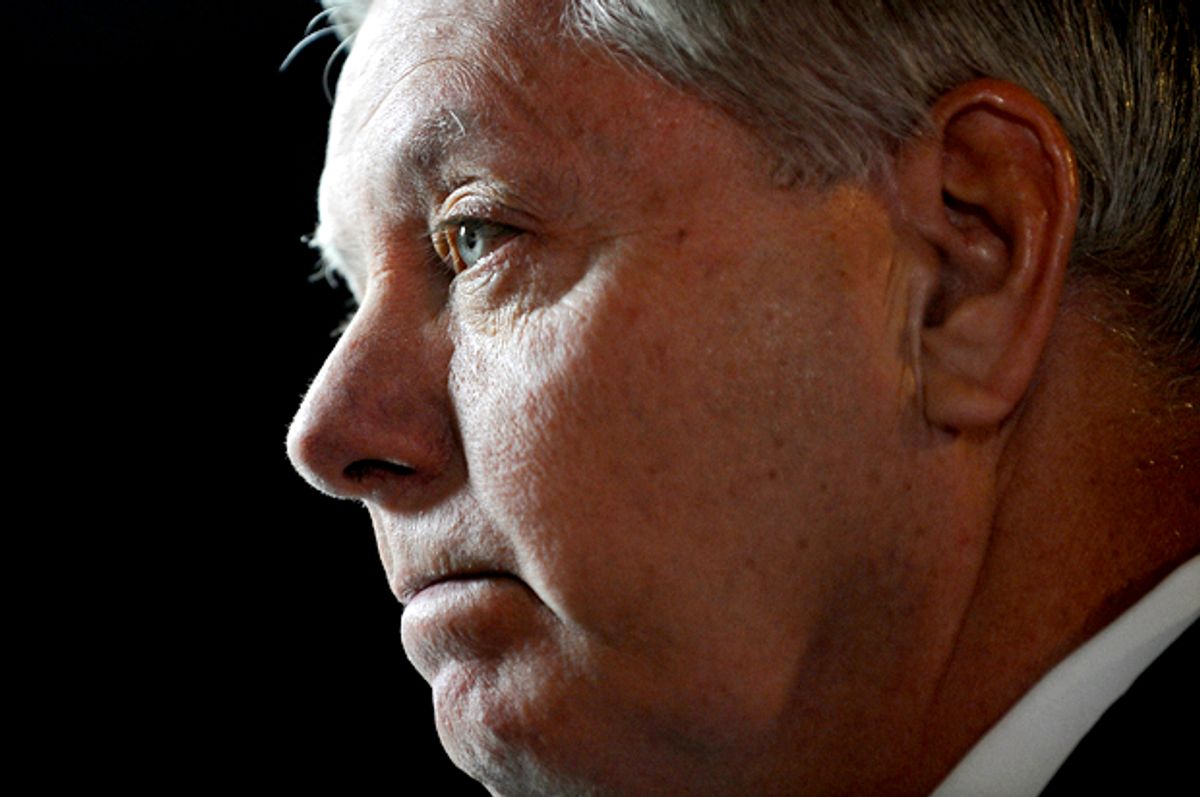 As Trump has recently increased his unhinged tweeting sprees and is now reported to be telling others that the infamous "Access Hollywood" tape is not actually him, concerns have grown about his mental health. Graham was angered by such questions on Thursday during an interview with CNN. The Republican senator from South Carolina said the media has engaged in an "endless, endless attempt to label" Trump as a "kook" or someone who is "not fit to be president."

But Graham should have done some self-reflection before pointing his finger at the media.

"I'm not going to try to get into the mind of Donald Trump because I don't think there's a whole lot of space there," Graham said in a February 2016 Fox News interview. "I think he's a kook. I think he's crazy. I think he's unfit for office."

Republicans' mind-blowing hypocrisy in their attempt to attack the media, everyone: pic.twitter.com/EKfXQGUeiu

In a December 2015 interview with CNN, Graham flatly said Trump should go to hell.

Lindsey Graham is on CNN right now knocking reporters for supposedly trying to paint Trump as a crazy person, & how it’s getting “old.” Graham's whole thing during the election was saying Trump was “xenophobic” & that his nomination meant the GOP had gone “batshit crazy.”

But times have changed and those harsh words now ring hollow, of course, because Trump was sworn into the Oval Office.

Now, the pair is off doing bigger and better things like failing to repeal Obamacare, and attempting to pass a profoundly unpopular tax plan.

Really enjoyed a round of golf with President @realDonaldTrump today.

President Trump shot a 73 in windy and wet conditions!