For months now, Trump has tried to deny an objective fact: That's his voice on tape 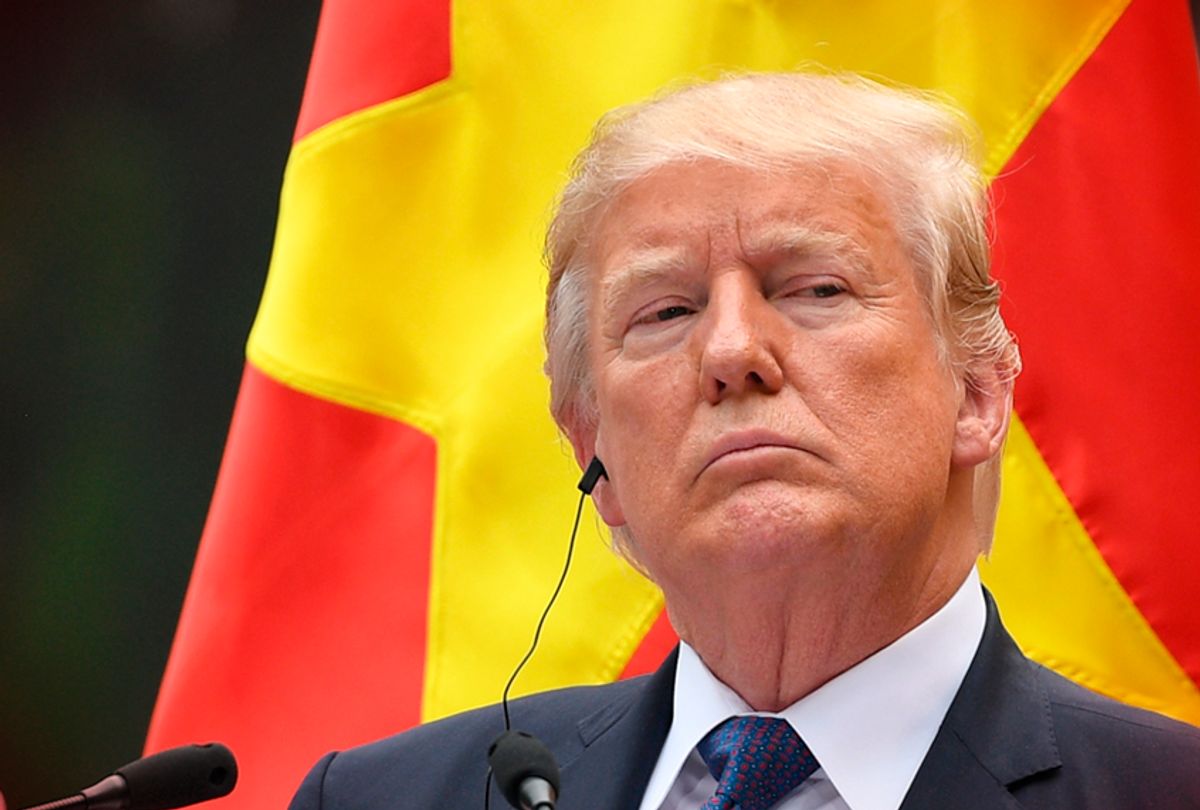 President Donald Trump is still denying one of the incontrovertible facts of the 2016 election — that it was his voice on the 2005 "Access Hollywood" tape bragging about committing sexual assault.

Although Trump began telling his campaign aides that the tape was fraudulent even before Election Day, it wasn't until January that he spoke with a Republican senator about wanting to investigate it, according to The New York Times. As one person familiar with the conversation told the Times, Trump insisted, "We don't think that was my voice."

The Times also reported that three people close to Trump have heard him repeat his claim about the tape being fraudulent on subsequent occasions. Those claims have become even more frequent in the wake of the post-Harvey Weinstein sexual harassment stories that have been consuming the news cycle.

As CNN host Chris Cuomo pointed out on Monday, there is no question that Trump's voice was the one bragging to then-host Billy Bush about being able to get away with sexually assaulting women because of his celebrity status.

"That is him on that tape! Okay? That's who it is. He said what he said. He even kind of owned it," Cuomo exclaimed.

According to the Times, Trump's penchant for conspiracy theorizing hasn't stopped with the tape that nearly derailed his presidential campaign. Trump advisers, as well as one senator, have confirmed that the president continues to insist that President Barack Obama wasn't born in the United States, even though that racist conspiracy theory has been discredited, and he has also repeated his bogus assertion that he would have won the popular vote if it hadn't been for undocumented immigrants.