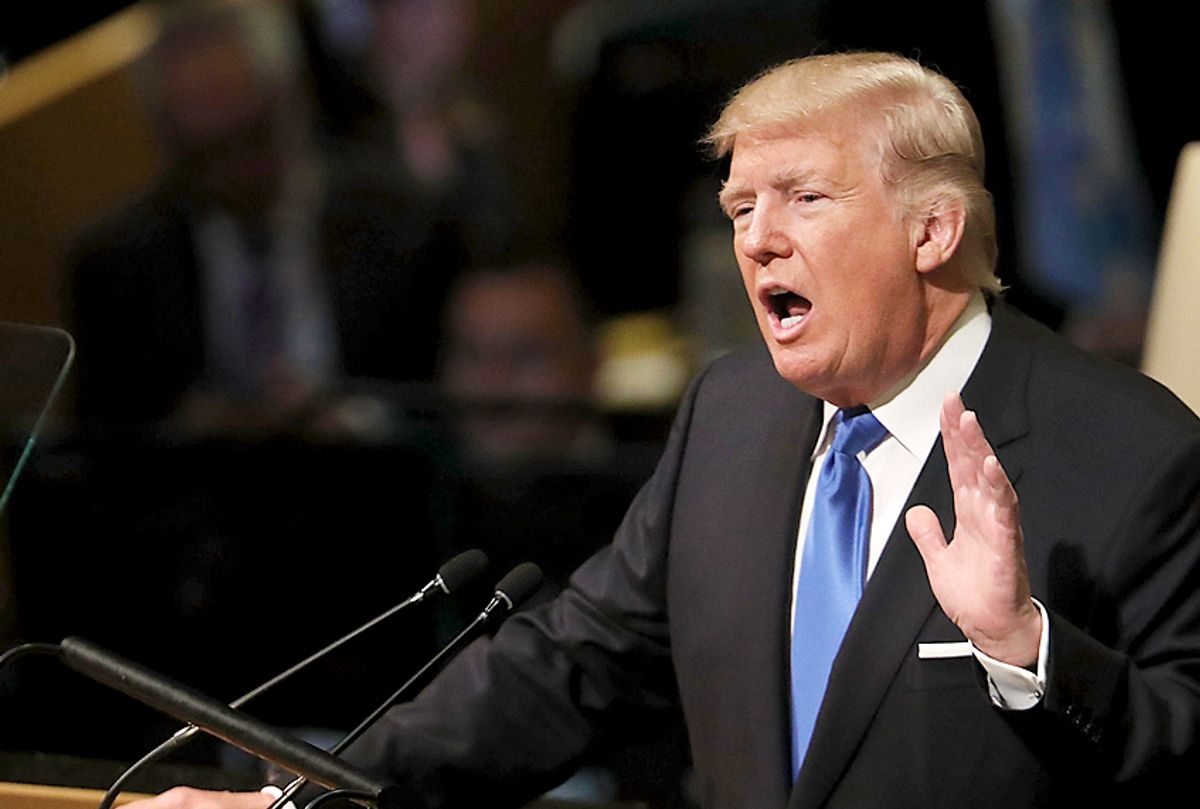 President Donald Trump's latest claim about last year's infamous "Access Hollywood" tape should raise eyebrows. But despite what has been reported, Trump said that it was his voice on that tape.

And CNN's Chris Cuomo won't let you forget it.

"He really might believe that it's not authentic. I think it is way more troubling than it is getting credit for. I don't think that this is an offhand comment by him. I think he believes this will work with people," Cuomo fumed on CNN on Monday.

He added, "That is him on that tape! Okay? That's who it is. He said what he said. He even kind of owned it."

Cuomo's comment was sparked by a recent report in The New York Times, one which described Trump thusly:

He suggested to a senator earlier this year that it was not authentic, and repeated that claim to an adviser more recently. (In the hours after it was revealed in October 2016, Mr. Trump acknowledged that the voice was his, and he apologized.)

When the tape was released in October 2016, Trump and his advisers knew that it could have a devastating effect on his presidential campaign — and yet even though he came up with an excuse to defend it, Trump never denied at the time that it was authentic.

"This was locker room banter, a private conversation that took place many years ago," Trump said in a statement at the time. "Bill Clinton has said far worse to me on the golf course — not even close. I apologize if anyone was offended."

As Cuomo pointed out, the fact that Trump was clearly caught bragging about sexual assault and basically admitted it himself makes it all the more troubling that he could lie now.

"If he will go to that level of saying, 'yeah, maybe that's fake,' what else will he say that about that's not as clear cut?" Cuomo rhetorically asked.