Trump took the field with ROTC members, and many believed he forgot the words of the national anthem 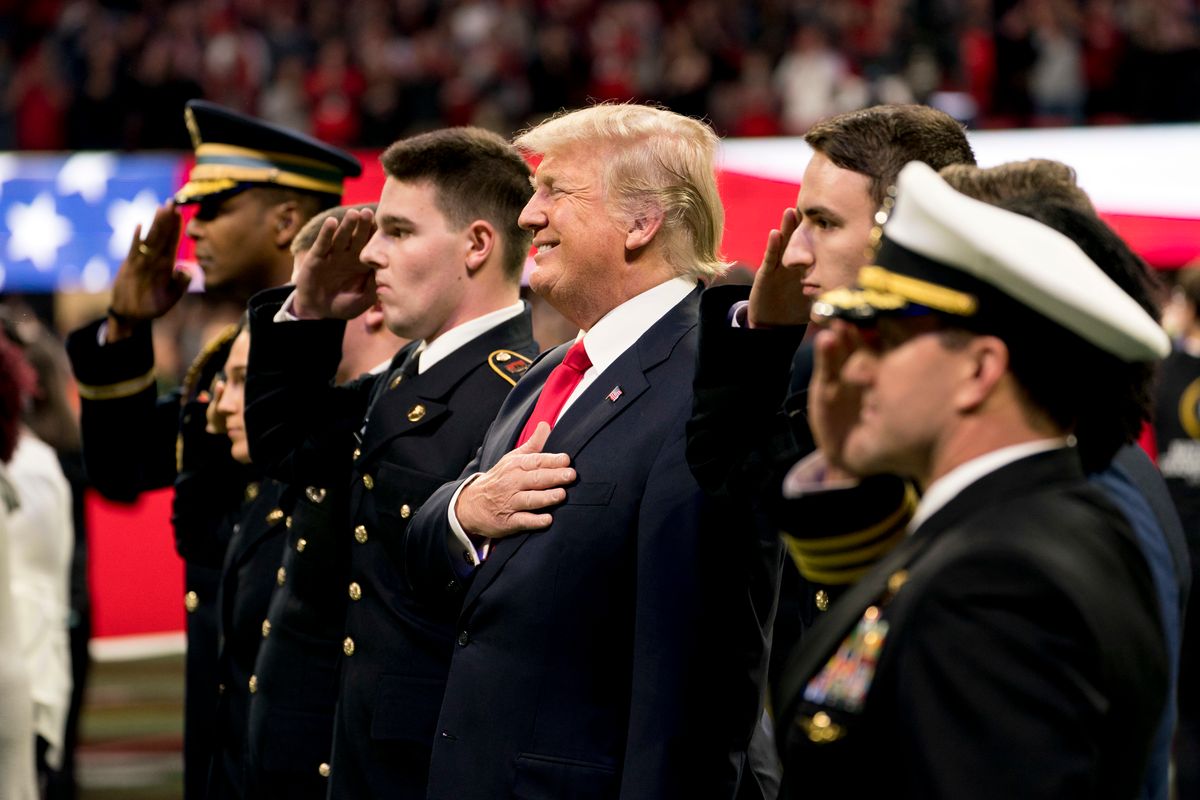 President Donald Trump attended the NCAA College Football Playoff championship game on Monday night in Atlanta, only to be welcomed with a mixture of boos and cheers and accused nationwide of either forgetting or not knowing the words to the national anthem.

Trump was accompanied on the field by ROTC members and stood with his hand across his chest. As he entered the field, the crowd greeted him with largely mixed reactions. As the song played, he bopped around, appearing to sing along with some parts of the song, but not others. In the aftermath of the anthem, many people wondered if he knew the words.

Before the game began, Alabama running back Bo Scarbrough was heard yelling in the tunnel, and it sounded as if he said, "F**k Trump."

Scarborough denied he directed his words toward the president and said they were instead directed at his team's opponent, the University of Georgia.

"F**k Georgia," he claimed to have said.

Trump's national anthem spectacle of fidgeting — whether or not he knows the words to the anthem — comes after his crusade against the NFL and athletes who have recently participated in protests during the song as a response to ongoing police brutality and racial injustices. The president has railed against the league and urged owners to fire "son-of-a-b**ch" players that engage in any protests during the song. His open criticism drew ire from athletes throughout the country.

"We want our flag respected . . . and we want our national anthem respected also," Trump said just prior to attending the game on Monday night. "And we're fighting for our country, and for our great American flag, we are fighting for that flag."

When legendary journalist Dan Rather sat down with Salon, he explained why he supported the players' protests and that they had the right to express themselves

The very thought that the president could have forgotten the national anthem, however, was not brought up in the slightest on Trump's well-known favorite morning news show, "Fox & Friends." Instead, the show continued to bash protesters and paint their vocal support for social injustice as unpatriotic, even as they staunchly expressed concern over protests in Iran.