The mudslides have reportedly killed 15 people as of Wednesday 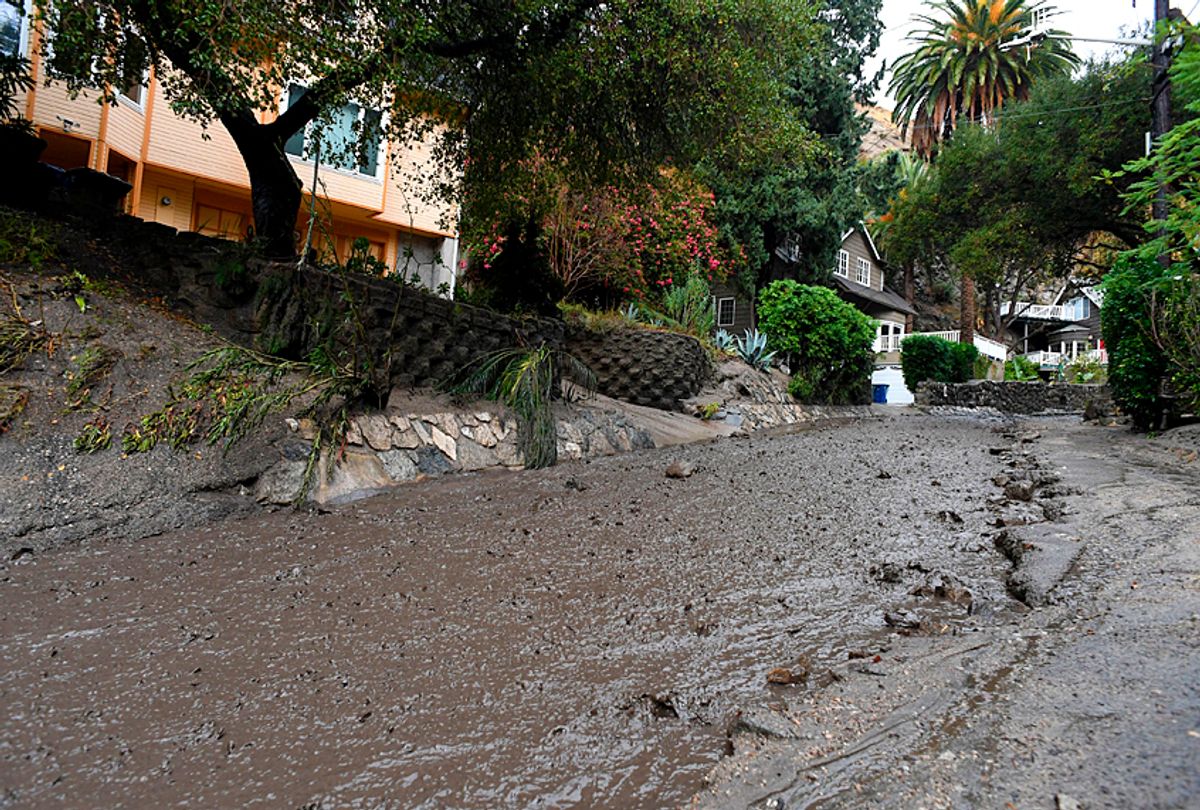 Rain and mud flow out of an neighborhood under mandatory evacuation in Burbank, California, January 9, 2018. (Getty/Robyn Beck)
--

California is having a string of bad luck when it comes to natural disasters. Following intense rainfall across the state, mudslides in Santa Barbara county have killed at least 15 people, and left an unknown number injured and/or missing. Three hundred people are also reportedly stuck in their homes, according to the New York Times.

In an interview with CBS on Wednesday morning, Santa Barbara County Sheriff Bill Brown said officials are continuing to work to identify and rescue those who are trapped in areas they haven’t been able to reach yet. He also spoke about the damage.

“I think most people are really shocked at the extent of the damage and how big the impact was to the area,” he said. “Although we knew that this was coming you couldn’t help but be amazed at the intensity of the storm.”

The most impacted area has been Montecito, the wealthiest community in Santa Barbara county. Many celebrities who live there have seen flooding in their homes and neighborhoods, including Ellen DeGeneres and Oprah Winfrey. DeGeneres took to Twitter to ask for support for her community.

Oprah shared footage from her home on Instagram, writing, “my property is fine. Some mud, and minor damage that pales in comparison to what my neighbors are going thru.”

One likely reason for the uptick in dramatic California weather is climate change. According to a study published in the journal Nature Communications, there is a strong link between the melting sea ice in the Arctic and the formation of California's ridges, which can push away storms and cause droughts.

Other scientists have suggested that extreme weather in general is an effect of climate change. The comprehensive National Climate Assessment report, produced by a panel of 300 experts, summarized the impact of climate change on the United States, stating that “heavy downpours are increasing nationally, especially over the last three to five decades." The report continued: