Florida gets an exemption for Trump's offshore drilling mandate, and it's pure partisanship 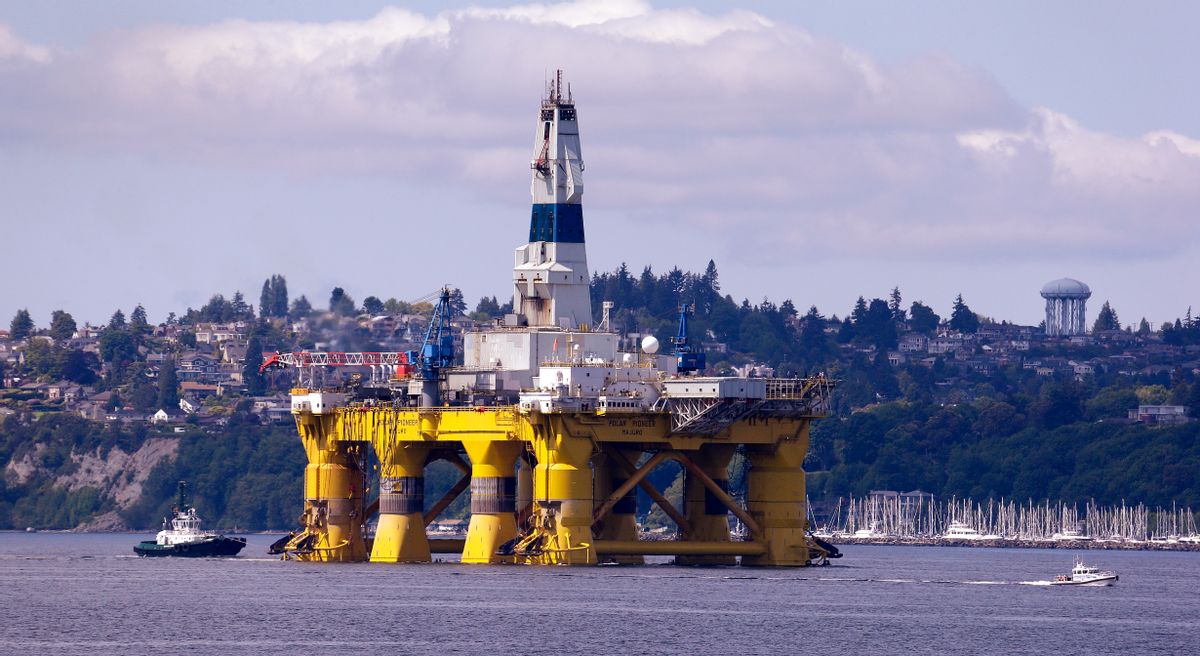 Only six days ago, the Trump administration announced that nearly all U.S. waters would be open to offshore oil and gas production, despite widespread bipartisan opposition. And after the ruling, Florida's Republican Gov. Rick Scott immediately expressed he did not want offshore oil and gas production to take place off his state's coasts, citing environmental and tourism concerns.

On Tuesday, Florida was named the only state granted an exemption from the decision — a gift for whatever Republican runs for the state's open governor seat in November.

"I am proud to announce that [Interior] Secretary [Ryan] Zinke has agreed to remove Florida’s coastline from consideration for future oil drilling. I would like to thank Secretary Zinke for coming to Tallahassee today following my request for a meeting last week to hear our concerns about oil drilling off Florida’s coast," Scott said in a statement on Tuesday. "By removing Florida from consideration, we can now focus on how we can further protect our environment, including our proposal for record funding for the Everglades, our springs, our beaches and our state parks. I will never stop fighting for Florida’s environment and our pristine coastline."

Zinke released a coinciding statement, saying the coast of Florida would be safe from offshore drilling and that the Trump administration cares about "local and state" voices.

"President Trump has directed me to rebuild our offshore oil and gas program in a manner that supports our national energy policy and also takes into consideration the local and state voice," Zinke said in a statement. "I support the governor’s position that Florida is unique and its coast is heavily reliant on tourism as an economic driver."

Though environmental concern poses as a good front, both the Trump administration and Scott have abysmal records when it comes to conservationism. Trump has made aggressive efforts to overhaul the Environmental Protection Agency with energy industry insiders, as well as roll back numerous Obama-era pro-environment policies, as the Salon video below noted. Scott served as the figurehead for Florida this past September after being battered by Hurricane Irma but has paid little attention, and even made attempts to silence, climate change science for years. It's crystal clear that the environment is not suddenly a priority here; several bipartisan lawmakers, including Republican governors in New Jersey and Maryland, have opposed the same decision.

But the politics here are shamelessly evident, and the move has little to do with party politics and more to do with Trump politics. Simply put, Florida's exemption could be seen as a personal contribution from Trump to the state's Republican Party — one in which all participants come out as winners.

Scott has been a devout Trump ally; the two have recently met privately and it's been reported that the president has made a serious push for Scott to run for U.S. Senate, according to the Associated Press. One Republican insider told Politico that when the Trump administration announced the decision for offshore drilling expansion last week, the administration already intended to scale back the plan to curry favor with Scott and boost his potential Senate bid against Democratic incumbent Sen. Bill Nielsen.

The president's well-known private Mar-a-Lago resort is also in Florida, a place that has been dubbed the "Winter White House," due to his frequent visits. Walter Shaub, the former head of government ethics, heavily criticized the Trump administration's decision and blasted Zinke on Twitter, letting him know that other states voiced opposition to the offshore drilling as well.