Today in Trump's destruction of American regulations and safeguards

Industry insiders are winning handily under the Trump administration, as he continues to slash federal oversight 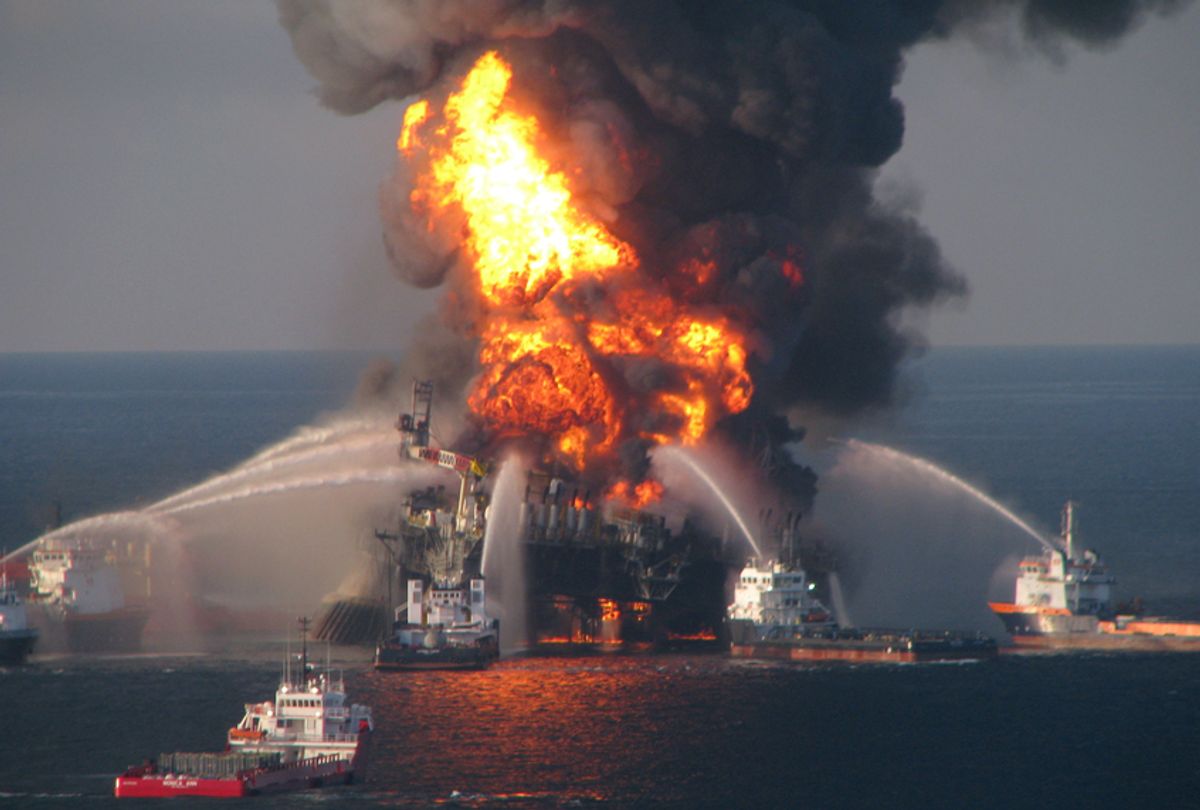 Whether he is pleasing big oil industry insiders or nursing home industry trade groups, President Donald Trump is barreling through several Obama-era regulations and rolling them back without question as part of his pro-business and deregulatory crusade.

The president may have campaigned against the "swamp" of lobbyists and insiders in Washington, D.C. looking to achieve their agenda, but that was a long time ago, a time when Trump exploited them as rivals for his own political gain. But he's since proven that Beltway insiders are actually some of his most prominent allies and that the exaggerated fear of government overreach is public enemy No. 1.

For one example, let's see what the Bureau of Safety and Environmental Enforcement is doing. The agency  has proposed rolling back regulations on offshore drilling and instead shifting the power back into the hands of private companies, according to the Wall Street Journal. The BSEE claimed it could save the federal government $900 million over the next decade while reversing "risk-reduction measures."

One proposed rule would "relax requirements to stream real-time data on oil-production operations to facilities onshore, where they currently are available for review by regulators," the WSJ reported. "It also would strike a provision requiring that third-party inspectors of critical equipment — like the blowout preventer that failed in the Deepwater Horizon case — be certified by BSEE."

It should serve as no surprised that the Trump administration has gotten in bed with the oil and gas industry, as they have already sought to fulfill the industry's "wishlists."

But Trump's coziness with industry insiders and those looking to reduce regulatory measures in the name of cost-saving extends far beyond just the oil and gas industry. Trump's sharp rollbacks could very well put the environment on a devastating and unknown path, but they will also directly have an impact on the lives of individuals, such as nursing home residents.

The Trump administration is rolling back regulations that are in place to detect and subsequently fine nursing homes for violations, The New York Times reported. The American Health Care Association, the lead trade group of the industry, has complained that Obama-era policies "focused excessively on catching wrongdoing rather than helping nursing homes improve."

"It is critical that we have relief," the group's president, Mark Parkinson, wrote in a Dec. 2016 letter to Trump, the Times reported.

But advocates for nursing-home residents have cried foul and have argued these regulations are necessary oversight measures that help protect vulnerable residents. "Since 2013, nearly 6,500 nursing homes — four of every 10 — have been cited at least once for a serious violation, federal records show," the Times reported.

"They’ve pretty much emasculated enforcement, which was already weak," Toby Edelman, a senior attorney at the Center for Medicare Advocacy, told the Times.

Both moves by Trump, to rollback offshore drilling oversight as well as fines for nursing homes that have committed violations, fit a broader theme of the Trump administration to slash costs and rescind federal involvement. It's a transfer of public oversight and places it in the hands of those who have a stake in not holding themselves accountable.