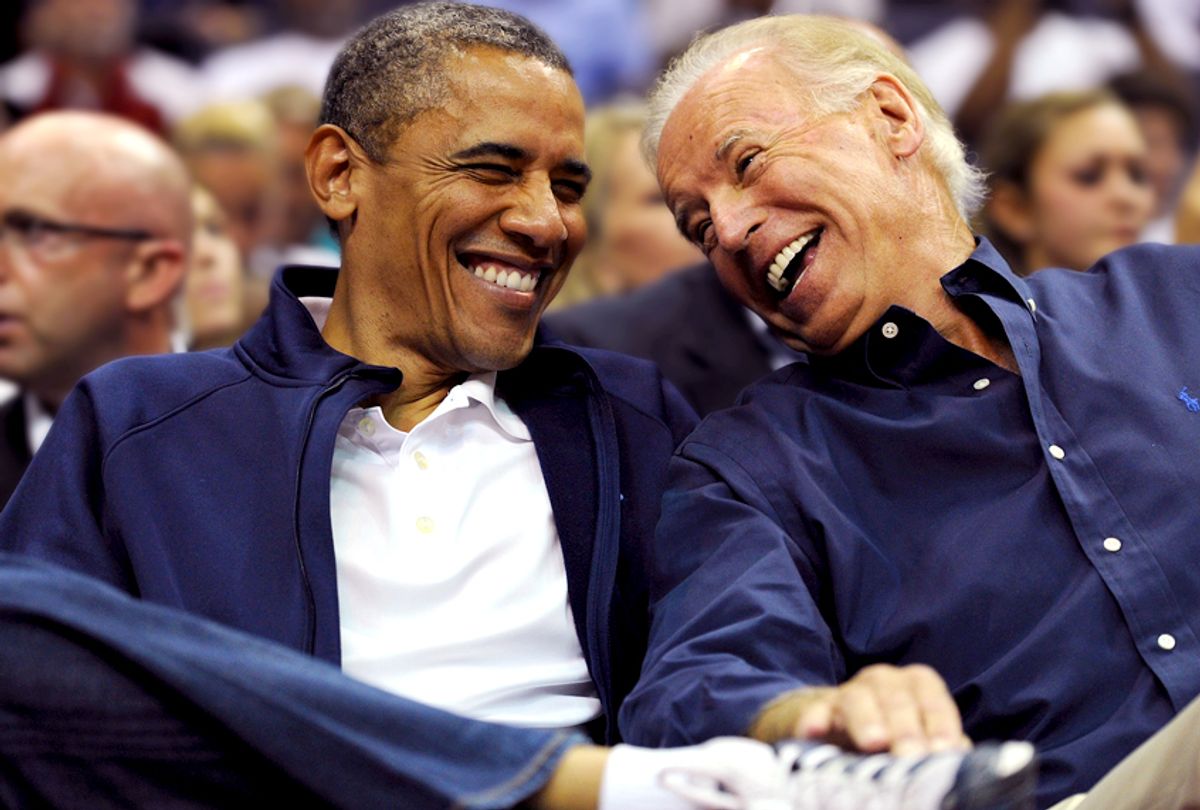 The bromance between former President Barack Obama and former Vice President Joe Biden is the stuff of American legend. They hugged, they did skits, they made each other cry happy tears. Whether one approved of either of their tenures, one must admit it was a more positive, outwardly emotional public version of the relationship between a president and his running mate than we have seen in modern history.

However, as Biden told it in a Tuesday speech at the Jewish Community Center of San Francisco, that partnership didn't get off to a flying start.

"I didn’t want to be vice president, I never aspired to the job." Indeed, few have. The very first vice president, John Adams, said, "The vice presidency is the most insignificant office that ever the invention of man contrived or his imagination conceived." John Nance Gardner, VP for President Franklin Delano Roosevelt, once called the position "not worth a bucket of warm piss," saying that signing up for it was "the worst damn fool mistake I ever made." Okay then.

Biden continued his remarks, saying that when first offered the role in 2008, he told Obama, "I’m flattered Barack, but I don’t want to be vice president," adding that the future president asked him, "How much time do you need?" to make a final decision. Biden added that, "I said, 'I don’t need any time.'"

"There’s no power in the vice presidency," Biden continued. "You’re stand-by equipment . . . I had a reputation as being a powerful senator, and I thought I could help Barack more by staying in the Senate." Obama suggested he mull over the decision for a couple of days.

Biden reports that he discussed the offer with his family. Ultimately, it was his late son, Beau Biden, an Iraq vet and former Delaware attorney general, who turned his mind around. Biden added, "Beau said I had an obligation to." Currently, Biden is promoting a book called "Promise Me, Dad," an account of the younger Biden's last year of life as he battled cancer.

"My son Beau was right, to take the job," Biden said. "It was the greatest honor of my life." As to that bromance, Biden said, "It became a deep personal friendship," adding that "Most of those memes are true."