By 2050, between 20 and 30 percent of the world’s land surface could face desertlike conditions 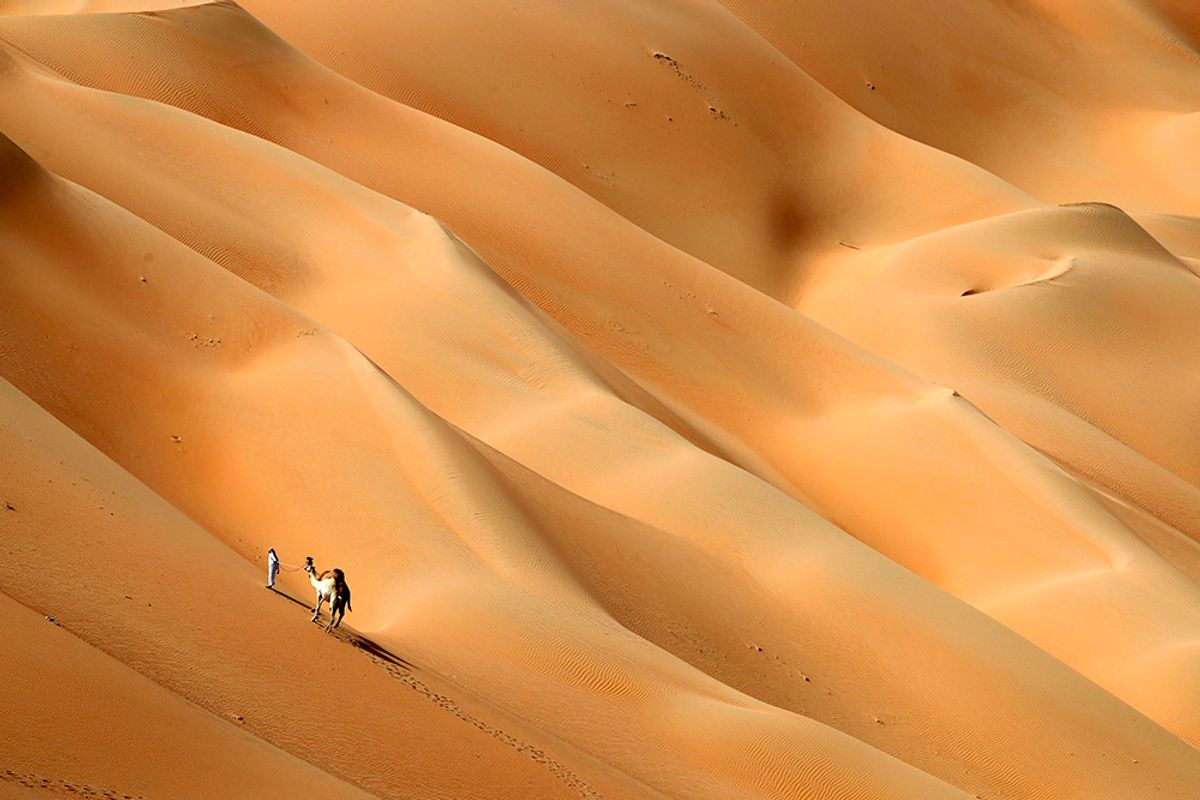 An Emirati man walks with his camels across the Hameem desert, some 170 kilometres west of the Gulf Emirate of Abu Dhabi, on February 24, 2017. / AFP / KARIM SAHIB (Photo credit should read KARIM SAHIB/AFP/Getty Images) (AFP/Getty Images)
--

A study published Monday in the journal Nature Climate Change contains a stark warning for humankind: If global temperatures rise 1.5 degrees C above preindustrial levels by 2050, between 20 and 30 percent of the world’s land surface could face desertlike conditions.

Swaths of Asia, Europe, Africa, Central America, and southern Australia would be hit particularly hard by drought and aridification, the long-term reduction of moisture in soil. More than 1.5 billion people currently live in these regions.

But there is a way to avoid this desertlike fate — for the most part. The study projects that two-thirds of affected areas could be salvaged if we limit warming to 1.5 degrees C.

The Paris Agreement calls on the international community to limit warming to under 2 degrees C, but that goal is getting harder and harder to meet. The planet has already warmed by 1 degree C, and several studies indicate we’ll hit the 2-degree mark by the end of the century even if we stop burning fossil fuels immediately.

Oh, and don’t forget that President Trump intends to withdraw the United States from the Paris climate deal at the first available opportunity, significantly weakening the global effort to mitigate the effects of climate change. Happy 2018?