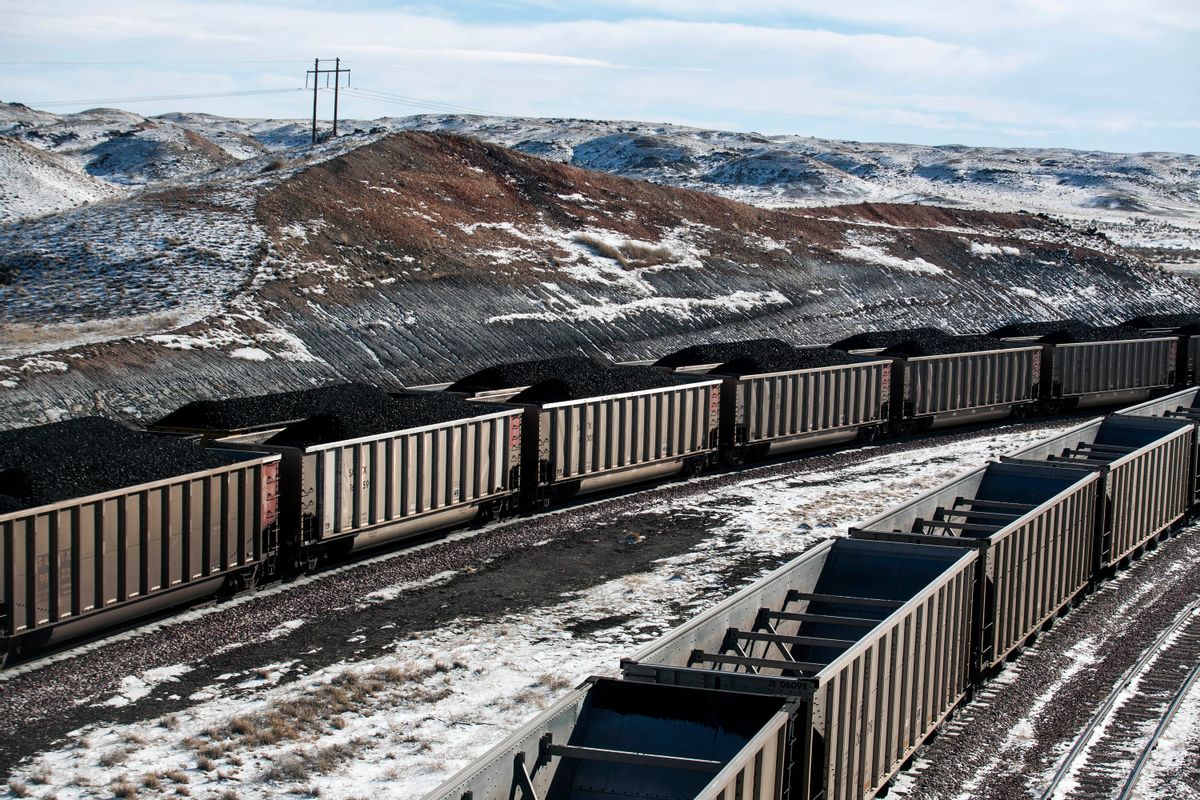 President Donald Trump has apparently been following the policy wish list of a coal executive who has been a big backer of the Republican Party.

Robert E. Murray, the head of Murray Energy and a staunch supporter of Trump, sent the president a wish list of 14 environmental deregulatory policies shortly after his inauguration, according to The New York Times. The policy requests included cutting the Environmental Protection Agency's staff "at least in half," reducing the power of the Department of Labor's Office of mine safety and ending regulations on greenhouse gas emissions and ozone and mine safety.

Since that time, Trump has either realized those policy goals or is currently en route to doing so.

"I give President Trump and his administration credit for being bold, being passionate and being correct in addressing a lot of these issues that were on my list here," Murray told the Times.

Murray is a well-known backer of Trump, with Murray Energy's PAC donating $100,000 to Trump's joint fundraising committee during the 2016 presidential election, according to Open Secrets. Both Murray Energy as a corporation and the aforementioned PAC donated $1.5 million overall to various political candidates, party committees and outside groups during the 2016 election, as well as $250,000 to a committee which helped fund the Republican National Convention and $200,000 to a pro-Trump super PAC. Murray himself donated $300,000 to Trump's inauguration, according to the Times.

And that may be a reason why Trump has not wanted to take action on global warming.

"The problem has been the fossil fuel industry is so well-funded that they, even these guys — I guess they're mostly men — who have kids and grandkids have lost sight of what the consequences of introducing the idea that scientific uncertainty, plus or minus a couple percent, is somehow the same as doubt about the whole thing, plus or minus 100 percent," scientist Bill Nye told Salon in October. "And that's wrong."

Despite Trump repeatedly saying that his policies to help the coal industry have been done to assist coal miners, Trump has weakened protections that try to stave off black lung disease among coal miners. Murray himself admitted in February that Trump should lower expectations about bringing back coal mining jobs, arguing that "I suggested that he temper his expectations. Those are my exact words. He can’t bring them back."

Trump himself had expressed contempt for coal miners in the past.

"The coal miner gets black-lung disease, his son gets it, then his son. If I had been the son of a coal miner, I would have left the damn mines. But most people don’t have the imagination — or whatever — to leave their mine. They don’t have 'it,'" Trump told Playboy in 1990.