Why Dan Harmon's sexual-misconduct confession is actually worth listening to 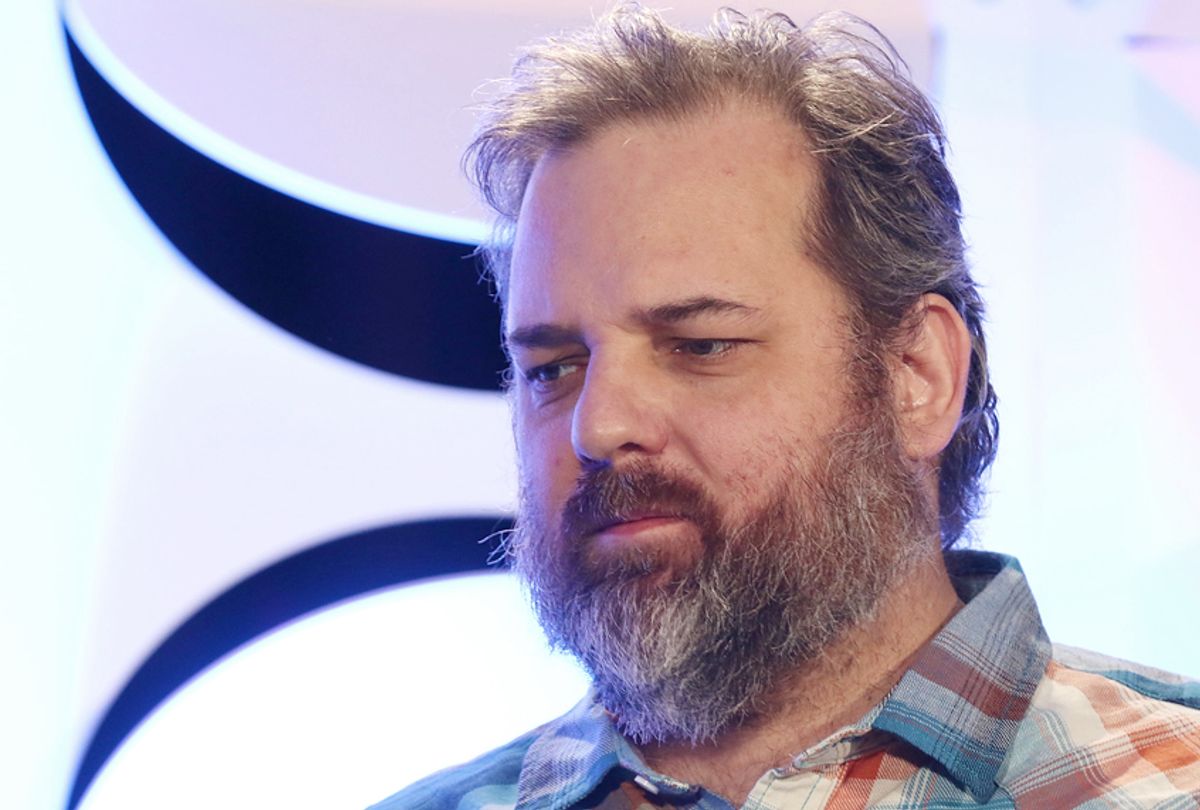 On his podcast "Harmontown," Dan Harmon, creator of the NBC sitcom "Community," admitted to sexually harassing a former writer of the show.

"I was attracted to an employee," Harmon said, after a disclaimer beginning at the 18:38 mark of the "Don't Let Him Wipe or Flush episode." "I really want to be really careful about that language," he added, "I think a huge part of the problem is a culture of feeling things that you think are unique and significant because they are happening to you and saying things like 'I had feelings for' and 'I fell for' and all these things. The most clinical way I can put it in 'fessing up to my crimes is that I was attracted to a writer that I had power over, because I was a show runner and, I knew enough to know that these feelings were bad news."

When Ganz first called Harmon out on Twitter last week, he tweeted Ganz that he was "deeply sorry." But went on to describe his memories as "foggy" and said, "I would feel a lot of relief if you told me there was a way to fix it."

"I wish my memories were foggier. I wish there was a way to fix it," Ganz replied. "You want relief? So do I."

This initial exchange reflected the more typical, generic and ultimately unhelpful apologies or responses we've seen coming from men who've abused their position of power. In them, it often seems that it's not really about taking accountability as much as it's about wanting to be let off the hook.

On his podcast, however,  Harmon moved towards culpability, without seeming to need protection or applause in return.

I knew that they ran the risk of undercutting people’s faith in my judgement, her faith in her talent, the other writers’ respect for me, the entire production, the audience. I knew that I wasn’t doing anybody any favors by feeling these things and so I did the cowardly, easiest, laziest thing you can do with feelings like that and I didn’t deal with them and in not dealing with them, I made everybody else deal with them, especially her. Flirty, creepy, everything other than overt enough to constitute betraying your live-in girlfriend to whom you’re going home to every night, who is actually smart enough and respectful enough to ask you 'do you have feelings for that young writer that you’re talking about, that you’re paying all this attention to?' and saying to her 'no,' because the trick is if you lie to yourself, you can lie to everybody. It’s really easy.

Harmon went on to describe his method of defense during the harassment, how he employed the "I'm a feminist" blanket of protection when anybody questioned his behavior. He said he was "telling myself and anybody that threatened to confront me with it that, if you thought what I was doing was creepy or sexist or unprofessional, it was because you were the sexist or jealous. I was supporting this person, I’m a mentor, I’m a feminist. It’s your problem, not mine. You’re the one who actually is seeing things through that lens."

Harmon admitted that, as this was going on, Ganz communicated how "what I was doing was divesting her of a recourse to integrity. I just didn’t hear it, because it didn’t profit me to hear it, and this was, after all, happening to me, right? After a season of playing it that way, I broke up with my girlfriend, who I had lied to the whole time, while lying to myself — lied to her about why I was breaking up with her, because I thought that would make having inappropriate feelings for a co-worker appropriate if I wasn’t involved."

"I broke up with my girlfriend and then I went right full-steam into creeping on my employee," he added. "Now it was even less appropriate, after all. Now I wasn’t in danger of being a bad person. After that season, I got overt about my feelings after it was wrapped, and said 'I love you,' and she said the same thing she had been saying the entire time, in one language or another, 'Please, don’t you understand that focusing on me like this, liking me like this, preferring me like this, liking me like this, I can’t say no to it and when you do it, it makes me unable to know whether I’m good at my job.'"

Harmon revealed that after her rational explanation of the harm he was causing her, he felt "humiliated," and he wanted to "teach her a lesson" for rejecting him. "I wanted to show her that if she didn’t like being liked in that way then, oh boy, she should get over herself. After all, if you’re just going to be a writer then this is how 'just writers' get treated. And that was probably the darkest of it all. I’m going to assume when she tweets about it and refers to 'trauma' that that’s probably it, because I drank. I took pills. I crushed on her and resented her for not reciprocating it, and the entire time I was the one writing her paychecks and in control of whether she stayed or went, and whether she felt good about herself or not, and said horrible things. Just treated her cruelly, pointedly, things that I would never, ever would have done if she had been male and if I had never had those feelings for her."

He added, "And I lied to myself the entire time about it. And I lost my job. I ruined my show. I betrayed the audience. I destroyed everything. And I damaged her internal compass. And I moved on."

"The last and most important thing I can say is just think about it," Harmon continued. "Because if you don’t think about it, you’re going to get away with not thinking about it and you can cause a lot of damage that is technically legal and hurts everybody. And I think we’re living in a good time right now because we’re not gonna to get away with it anymore. And if we can make it a normal part of our culture that we think about it and possibly talk about it, then maybe we can get to a better place where that stuff doesn’t happen." He added in conclusion, "Please don’t hurt her. Please don’t make this worse on anybody but me."

Ganz took to Twitter to respond in a series of tweets, urging people to listen to the podcast for what she described as a "masterclass in How to Apologize."

Ganz's thread was equally as powerful as Harmon's apology — perhaps more so — and pointed to the double burden victims of sexual misconduct so often bear: the trauma of the initial encounter, and then the weight and residual effects of those memories, which often are never even acknowledged in the first place.

For one of the first times during this moment of reckoning, we have an admission from a high-profile individual — Harmon is also the co-creator of "Rick and Morty" — that sounds authentic, not transactional and actually feels productive. Does this indicate the power of the #MeToo movement? Does this mean that it's working?

It shouldn't be novel, exceptional or praiseworthy that a harasser would admit his wrongdoing (even though it often seems to be). That shouldn't be the takeaway from this. What matters is that, as Ganz says, the victim in this case was truly positively affected by a powerful, full confession. That such ruthless self reflection in public view may help her heal is what is most important here.

In this, it's fair to guess and hope that maybe, just maybe, this episode could serve as a model for how men can take accountability moving forward, free of the self-serving language that usually accompanies such apologies. Perhaps if more perpetrators listened to this and followed its course, then more women might find some semblance of justice.