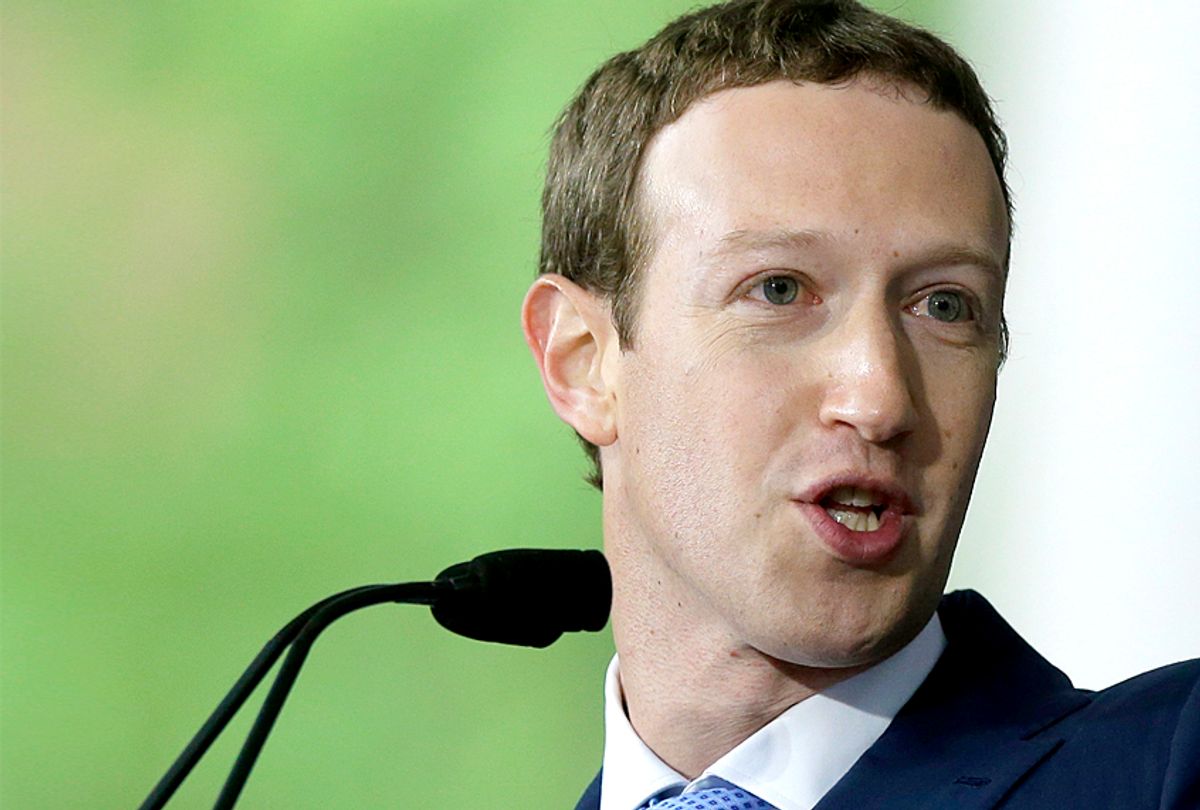 Mark Zuckerberg is pulling the rug from under the media industry.

On Thursday, the Facebook CEO announced in a long-winded Facebook post that the social media conglomerate will be making changes to the platform’s News Feed, the scrolling list of posts that users see immediately when they log in. According to Zuckerberg, the News Feed will prioritize content that will, according to them, foster “more meaningful social interactions.”

As we roll this out, you'll see less public content like posts from businesses, brands, and media. And the public content you see more will be held to the same standard -- it should encourage meaningful interactions between people.

For example, there are many tight-knit communities around TV shows and sports teams. We've seen people interact way more around live videos than regular ones. Some news helps start conversations on important issues. But too often today, watching video, reading news or getting a page update is just a passive experience.

He also mentions that he expects this update to decrease the time users spend on Facebook, which, from a public health perspective, may be positive, as heavy social media use and depression are correlated. Overall though, Zuckerberg's changes are likely to hurt publishers and the digital media landscape in the long-term.

Facebook was never meant to be a news distribution network, but its journey to becoming one started the day that the company introduced the News Feed, in 2006. Today, nearly 2 billion people visit Facebook a month—making Facebook one of the most valued platforms in the media industry. Facebook has never positioned itself as part of the media industry; rather it has pretended to be an ally — even as the company tightly controls who and what users see, with little transparency regarding how their algorithm actually decides that. It was only in October 2017 that Facebook released vague guidelines specifically for publishers to give them insight into how the News Feed algorithm ranks content.

“We are not in the business of picking which issues the world should read about, but we are in the business of connecting people with the stories they find most meaningful. Publishers should ideally focus on what they do best; making the important and meaningful stories interesting to their audience,” Facebook addressed in the 2017 guidelines.

While Facebook notes the latest trend will be a big change for users, Facebook doesn’t mention the impact it will have on the publishing industry — an industry already in decline — which has been at the mercy of Facebook in the last few years. From 2005 to 2015 the number of newspaper editors and reporters in the United States declined by 25,090 — a 38 percent drop — according to Bureau of Labor Statistics data. The number of digital-only journalists only increased by only 7,170 in the same span.

The silver lining in media is that in the last couple years, some news outlets have seen an uptick in digital subscriptions. According to a Pew Research report, the New York Times added more than 500,000 in 2016, and the Wall Street Journal added more than 150,000. However, this incline doesn’t equate to an increase in circulation. A Pew Research Center analysis of data from the Alliance for Audited Media revealed that weekday circulation for American daily newspapers (print and digital) decreased 8 percent in 2016—which marked the 28th consecutive year of downtrends. Many thought Facebook would help said papers find new eyeballs and readers.

These shifts in how people find and consume news are most concerning for the power Facebook holds when it comes to disseminating information — and how quick it is to change the traffic it diverts to publishers. But perhaps that's also a general problem with the tech industry, too. We have ceded immense power over information dispersal and distribution to tech giants who have their own agendas and their own opaque algorithms that automate the process of what we see, read, and ultimately think. As tech critic Franklin Foer ruefully told Salon, “algorithms are meant to erode free will."