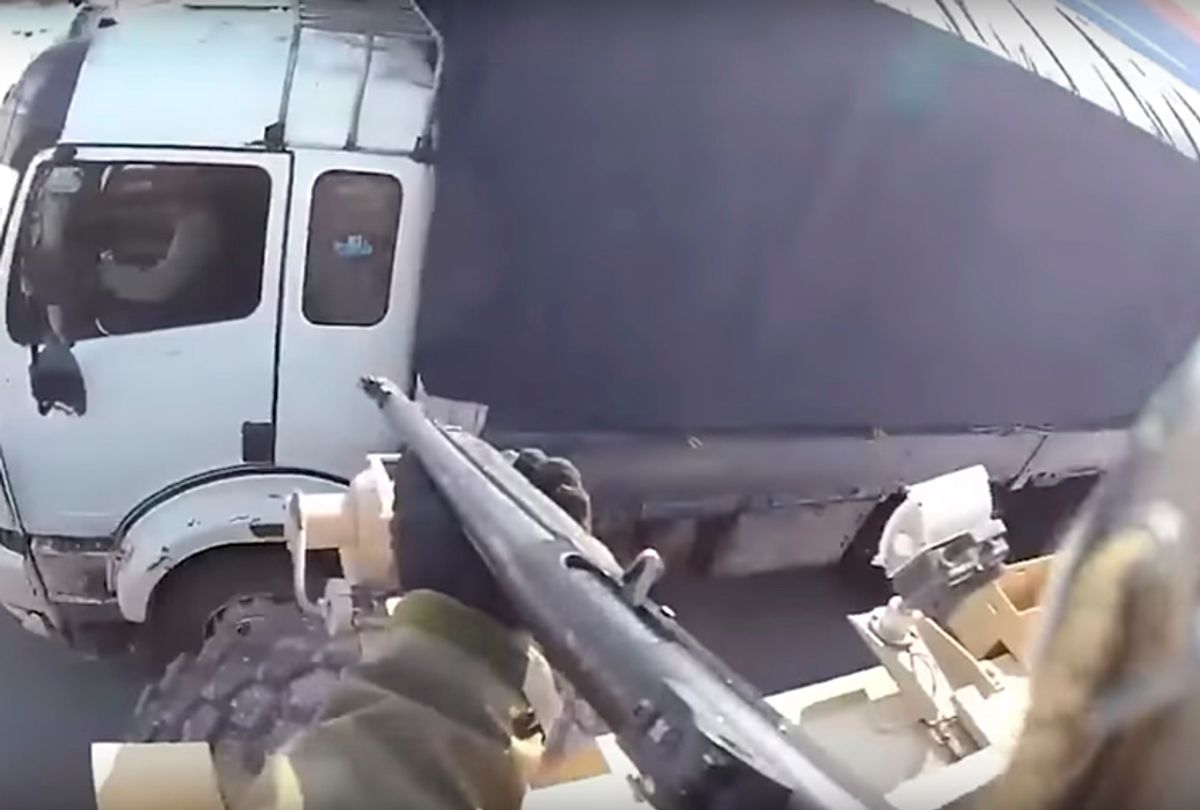 The Pentagon is launching an investigation into a video that seemed to show an American soldier firing his gun into an Afghanistan truck.

The 3-minute, 9-second video in question showed American troops wearing uniforms, which suggested they were part of U.S. special operations. Twenty seconds into the footage, a military armored vehicle could be seen approaching a truck. A soldier is seen firing a military-style shotgun into the driver-side window of the truck, shattering the glass in the process.

"The amateur video posted on a public website gives us serious concern. The video in question is not official, not authorized and does not represent the professionalism of the service members of U.S. Central Command," U.S. Central Command told Politico in a statement.

He added, "We are conducting an investigation into this video, and will take appropriate actions as a result of this investigation."

Other officials emphasized that the video should certainly be concerning.

"I have reviewed the video and I am disappointed and also concerned that the American people, our Coalition partners, the Afghan government, and the Afghan people will believe that American service members are callous and indifferent to the horrors of war or the suffering of innocent people trapped in conflict." Army Gen. Joseph Votel, the head of Central Command, explained in a statement on Wednesday. "I can assure you that this video does not represent the professionalism or humanity of the men and women of U.S. Central Command. We reject the unprofessional and callous message this video conveys."