Walmart shares the wealth, supposedly: More than a PR scam?

Retail giant got a big PR boost by announcing bonuses and higher wages. It's all part of a bigger game plan 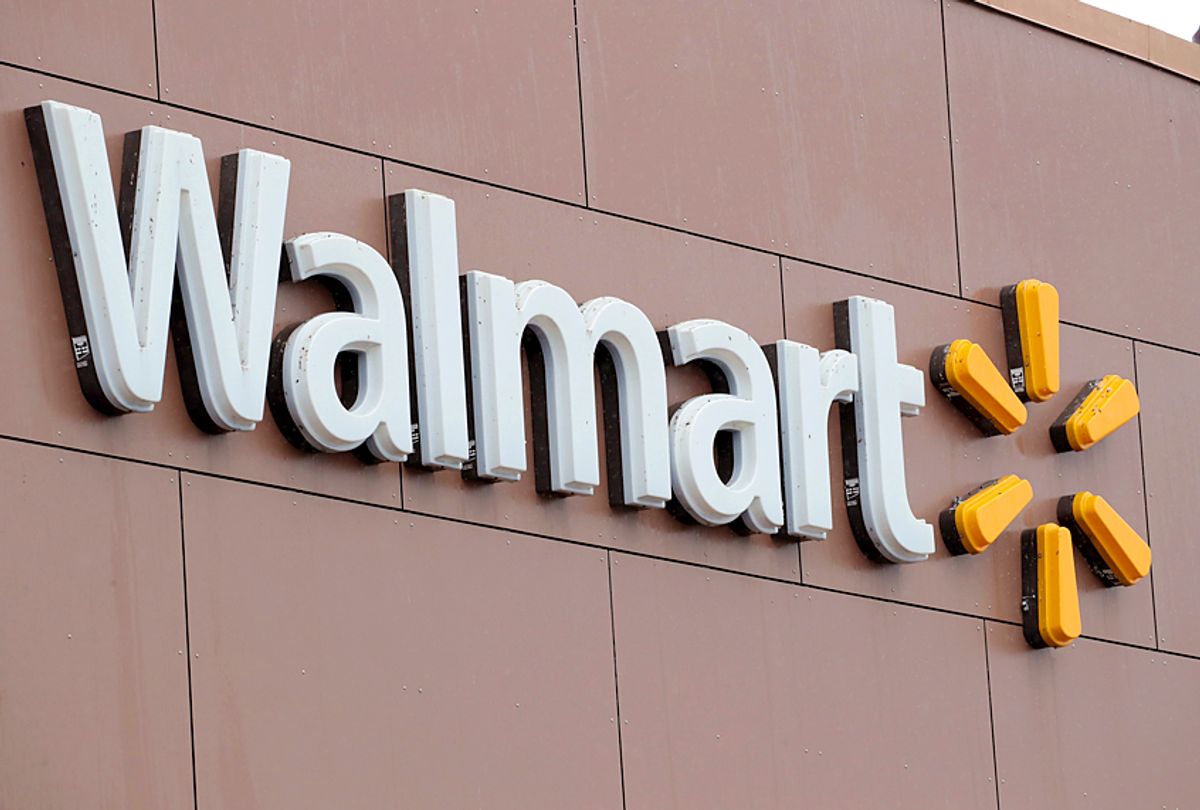 Walmart announced Thursday that it would raise the wages of employees, and would be giving some employees onetime bonuses of up to $1,000. The deal announced by Walmart is being credited to the tax bill the Republicans passed late last year — legislation that will give the Walton family, which controls the company, untold sums of money in tax breaks — and would total $400 million in payouts. Republicans, including White House press secretary Sarah Huckabee Sanders, lauded the deal Thursday afternoon.

Looking deeper, the PR ploy may not be as strong as Walmart hopes.

Literally hours after Walmart's initial announcement, the company announced its wholesale brand, Sam's Club, was closing a number of locations, and laying off between hundreds and thousands of workers.

Such is the state of the corporate economy in the age of Donald Trump. We see are big, splashy headlines proclaiming supposedly great economic news. But the bad news comes more quietly, days or even hours — later.

In a press release, Walmart CEO Doug McMillon praised the Republican tax plan, which he claimed gives his company "the opportunity to be more competitive globally and to accelerate plans for the U.S."

Walmart's promised big payout of $1,000 is somewhat illusory: To be eligible, an employee must have worked for the company for more than 20 years, a highly unusual tenure in the big-box retail industry.

Walmart also announced that it was raising its minimum wage to $11 per hour, a modest bump from its previous starting wage of $10, announced in early 2016. That increase puts Walmart on par with Target and slightly below Costco, which pays $13.50 per hour. As CNN noted in 2016, Walmart employees have been lobbying for a $15 hourly starting wage -- a level Target has promised to hit by 2020.

To be sure, Walmart's wage hike and bonuses are not merely gifts to employees but one aspect of a larger business strategy, one the company has been planning for a while.

After Walmart raised wages, it was able to recruit better workers, according to Axios. Or, to use the business language of Consumer Edge Research: "Over time, we see the consumer has clearly noticed improvements Walmart saw with in-store operations following wage investments Walmart had made in 2015."

Furthermore Walmart's bonuses are basically paid for, Axios reported, thanks to a strong fourth quarter of 2017. That was the 13th straight quarter of job growth, so even without the Republicans' Tax Cuts and Jobs Act, Walmart would have already been sitting on a large pile of money.

There was at least one legitimate win for workers in Walmart's announcement of a maternity and family leave policy for full-time and salaried employees, thanks in part to organizing efforts led in part by a coalition of workers' groups. A Walmart spokesperson told Salon that the company, which also includes Sam's Club, its distribution centers and e-commerce divisions, is a "majority full-time hourly workforce," meaning that its employees are working 34 hours per week or more. The spokesperson also said that a majority of Walmart stores were staffed by full-time employees, but could not give specific figures.

Walmart's announcement has to be seen in a larger context: It was merely the latest in a string of glorified public relations stunts used to deflect negative publicity away from corporations who will reap long-term benefits from the tax bill in upcoming years, when the memory of bonuses slips away and the cost of living makes the $11 wage less appealing. Over the long run, technology is going to endanger retail jobs. As author Scott Galloway told Salon in a recent interview, "We have a future where these middle-class jobs are being literally sucked out of the economy." Galloway (seen in the video below) was talking about Amazon, but the online giant's largest retail competitor is surely Walmart, which has also moved aggressively into internet sales.

Whenever we hear a company touting how well it treats its workers, it's advisable to wait for the other shoe to drop. AT&T recently announced bonuses for many employees, earning praise from President Trump. Days later, the company said that it would cut 4,600 jobs.

Or look at Carrier. After Donald Trump visited a Carrier plant after his election victory, but before his inauguration, the Indiana-based manufacturer announced it would keep close to 1,000 jobs in the state. However, the PR win for Trump quickly fell apart. We learned shortly thereafter that Carrier would still eliminate many jobs through automation. Late last year, Carrier announced it would cut about 200 more jobs, leaving the plant that employed 1,600 workers two years ago with a workforce of about 1,100.

How does the union representing Carrier workers feel about Trump's job-saving strategies? "Donald Trump is a liar and an idiot," said Chuck Jones, who was the president of United Steelworkers Union 1999, and one of the first figures to stand up in the wake of the Trump election. "He’s a con man, pure and simple, who sold us a bag of s**t."

Just hours after Walmart announced its bonuses and layoffs, Treasury Secretary Steve Mnuchin said that the tax deal was designed to "put more money in more companies so they could compete competitively with international companies." So much for Republican claims that the Trump tax cuts would help working people or the middle class. It was all a pretty thin short-term con, which is a fair description of the business world today.