Mark Wahlberg will donate $1.5 million in Michelle Williams’ name to Time's Up 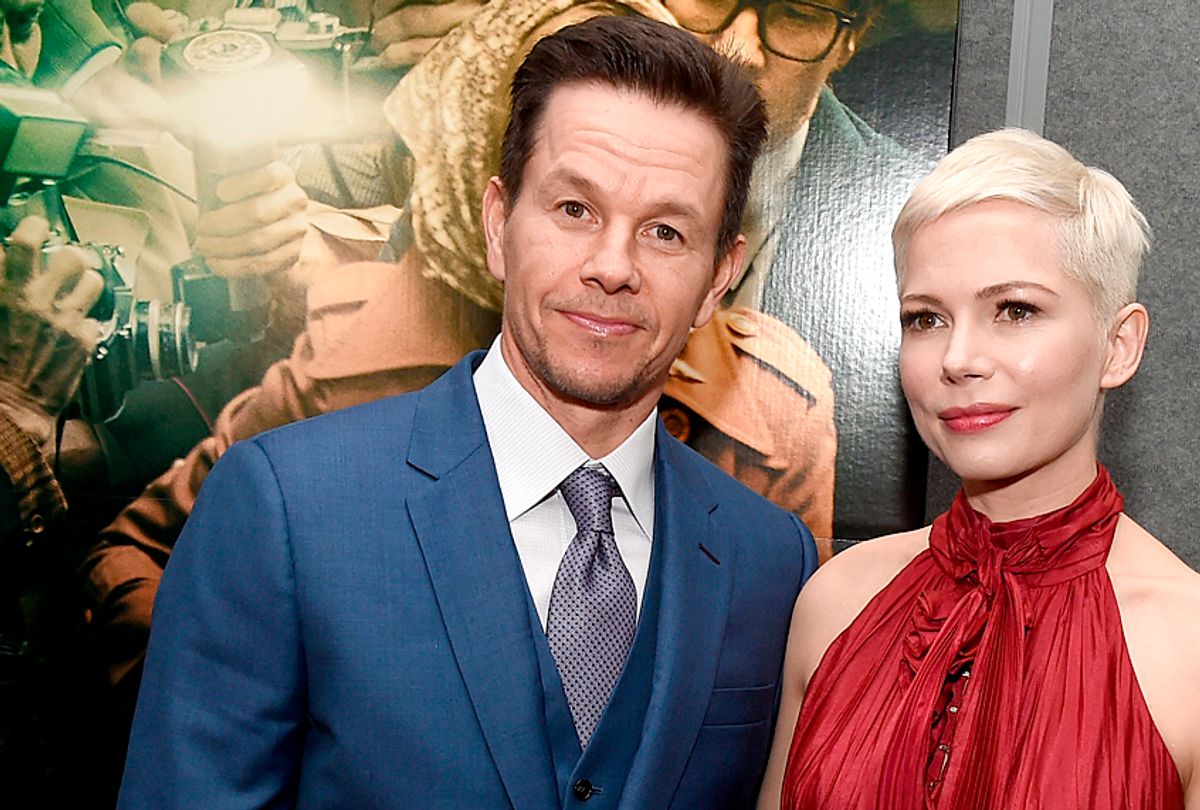 USA Today published a report last week exemplifying an ongoing problem in Hollywood: the gender pay gap. This time it was between Michelle Williams and Mark Wahlberg regarding reshoots for“All the Money in the World."

The publication spoke to "three people familiar with the situation but not authorized to speak publicly," who said that the reshoot cost $10 million total. Recall, “All the Money in the World” recast Kevin Spacey with Christopher Plummer six weeks before its release. The report revealed that Mark Wahlberg was paid $1.5 million for those reshoots, while co-star Michelle Williams was paid less than $1,000— which would account for 1 percent of Wahlberg's compensation.

On Saturday, Wahlberg made an announcement on Facebook that he will be donating his reshoot fee to the Time’s Up legal defense fund in Michelle Williams’ name.

“Over the last few days my reshoot fee for ‘All the Money in the World’ has become an important topic of conversation. I 100% support the fight for fair pay and I’m donating the $1.5 million to the Time’s Up Legal Defense Fund in Michelle Williams’ name,” Wahlberg said.

According to Deadline, William Morris Endeavor—the agency which represents both Williams and Wahlberg—will also be making a $500,000 donation to Time's Up.

“The current conversation is a reminder that those of us in a position of influence have a responsibility to challenge inequities, including the gender wage gap. In recognition of the pay discrepancy on All The Money In The World reshoots, WME is donating an additional $500,000 to the Time’s Up Legal Defense Fund in Michelle Williams’ name, following our $1 million pledge to the organization earlier this month. It’s crucial that this conversation continues within our community and we are committed to being part of the solution," WME said in a statement to Deadline.

USA Today reported that Williams wasn’t told about Wahlberg’s fee, and that his team "negotiated a hefty fee."

As Salon writer Rachel Leah explained though, despite Wahlberg’s knowing, or lack thereof the pay gap, “he has almost instantly become the new poster boy for a larger problem.” “Whenever someone wants to note pay disparity in Hollywood from now on, all they will have to say is ‘Mark Wahlberg.’” Leah writes.

As the highest paid actor in Hollywood, Wahlberg has set an applaudable precedent; hopefully, one that will bring more attention to the issue, and one that his peers will follow.

All The Money In The World Mark Wahlberg Michelle Williams