As Sony replaces him on "All the Money in the World," there's almost nothing left tying Spacey to the industry 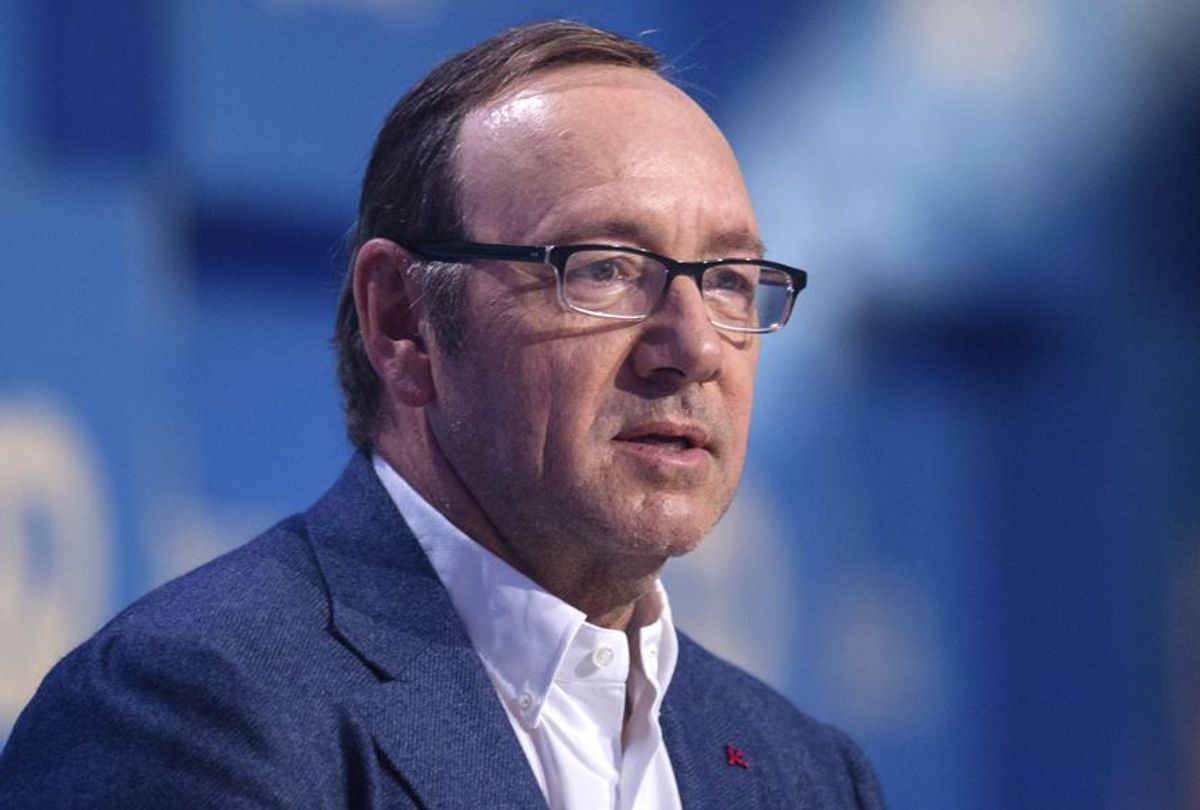 As Kevin Spacey disappears into treatment and new, disturbing allegations against him surface, Hollywood is already hard at work erasing any future his career had.

News came down Wednesday evening that Sony Pictures will remove Spacey entirely from the upcoming picture "All the Money in the World," reshooting his appearance as J. Paul Getty with veteran actor Christopher Plummer stepping into the role.

As Deadline reported, "In a unified front, the cast and crew of the film, and Sony Pictures, unanimously agreed to re-shoot all of Spacey’s scenes, with Mark Wahlberg and Michelle Williams’ cooperation part of the mix."

It's a startling, remarkable move, given that "All the Money in the World" maintains a release date of Dec. 22, just over five weeks away. While it's been reported that Spacey spends a minimal amount of time onscreen — his total shooting schedule on the film amounted to eight to 10 days — his role is nonetheless pivotal in this take on the 1973 kidnapping of J. Paul Getty III.

All reports indicate that, before actor Anthony Rapp accused Spacey of sexually assaulting him when Rapp was just 14 in a Buzzfeed article released Oct. 29, Director Ridley Scott had already reached a final cut on "All the Money in the World." Indeed, it was set to premiere at the AFI Film Festival on Nov. 16, just a week from today.

While it is far from unusual for films and filmmakers to reshoot scenes or edit around the loss of an actor, that typically happens when a performer dies mid-shooting. Productions featuring Natalie Wood, Philip Seymour Hoffman, Oliver Reed, Heath Ledger, Paul Walker and many others have had to scramble to make up the difference one way or another after those stars passed away during filming.

As well, there have been cases where firings of living, breathing actors have forced productions to do considerable reshoots, most notably in case of "Back to the Future." There, the crew had to replace all footage of Eric Stoltz after Michael J. Fox replaced him in the lead role. That was, ultimately, a creative decision on the part of the filmmakers.

The case of "All the Money in the World" is different, perhaps unprecedented. It is hard to recall any production replacing the work of a marquee actor in the wake of off-set allegations.

Less notable performers in less notable roles have received similar treatment due to crimes, accusations or revelations about private behavior during shooting. It appears, however, that there is no precedent for a star so central to the marketing and notoriety of a production being painted out after filmmakers reached a final cut.

More than anything else, it's a sign of just how determined the industry is to separate itself from Spacey in the public eye. Already he's been fired from the show he produced and starred in, "House of Cards," seen multiple honors rescinded and been removed from forthcoming events and broadcasts.

There are some precedents for this sort of treatment in the upper echelons on entertainment. O.J. Simpson, Fatty Arbuckle, Mel Gibson and many others have found Hollywood's back turned to them at various times for various reasons.

Yet, with the exception of Simpson, most of those performers were again in front or behind the camera soon after the incidents that saw them pushed to Hollywood's fringes. Arbuckle made an unsteady return to cinema just a year after facing trial for rape and murder, and Gibson's career is undergoing a tentative renaissance (he spent Thursday basking in applause on "Good Morning America").

Those and other stories suggest that it is, yes, possible for Spacey to return to the Hollywood fold. Yet, the lengths to which Sony is going to replace him, the money and effort it is very publicly spending to distance itself from him, suggest that it is somewhat less than probable. The public's memory may be short. The industry's is not.

Spacey still has two movies in post production at this stage, the low-budget "Billionaire Boy's Club" and the Gore Vidal biopic "Gore."

Already,"Billionaire Boy's Club" has spent a considerable amount of time on the shelf — it's been over a year since production completed final reshoots on that project. It's becoming more and more likely it will stay there.

As well, rights-owner Netflix has already announced it will not release "Gore," which was reportedly undergoing edits up until allegations against Spacey surfaced.

Overall, nothing remaining on Spacey's slate seems cued for release at any time, meaning his last onscreen performance could very well be his turn in this summer's "Baby Driver." His last production credit would be this year's TV series "Manhunt: Unabomber."

While Spacey, like Gibson, has a considerable fortune with which to pursue his own projects, he lacks the successful directorial record to get completely self-steered projects off the ground. It seems, at this stage, he would also lack the production and financial partners to pursue other forms of behind-the-scenes work. Gibson, for all his faults and all the criticism against him, always maintained those.

Given this, that any his upcoming projects are already scuttled or floating in limbo and that "House of Cards" may resume without him, the industry is well positioned to make a full clean break with Spacey — something it did not enjoy with the subjects of other scandals.

Right now, it's looking like Hollywood may very well avail itself of this opportunity, leaving Spacey in the wilderness.