So, is Kevin Spacey done?

With accusations mounting, investigations pending and the industry running away from him at light speed, he may be 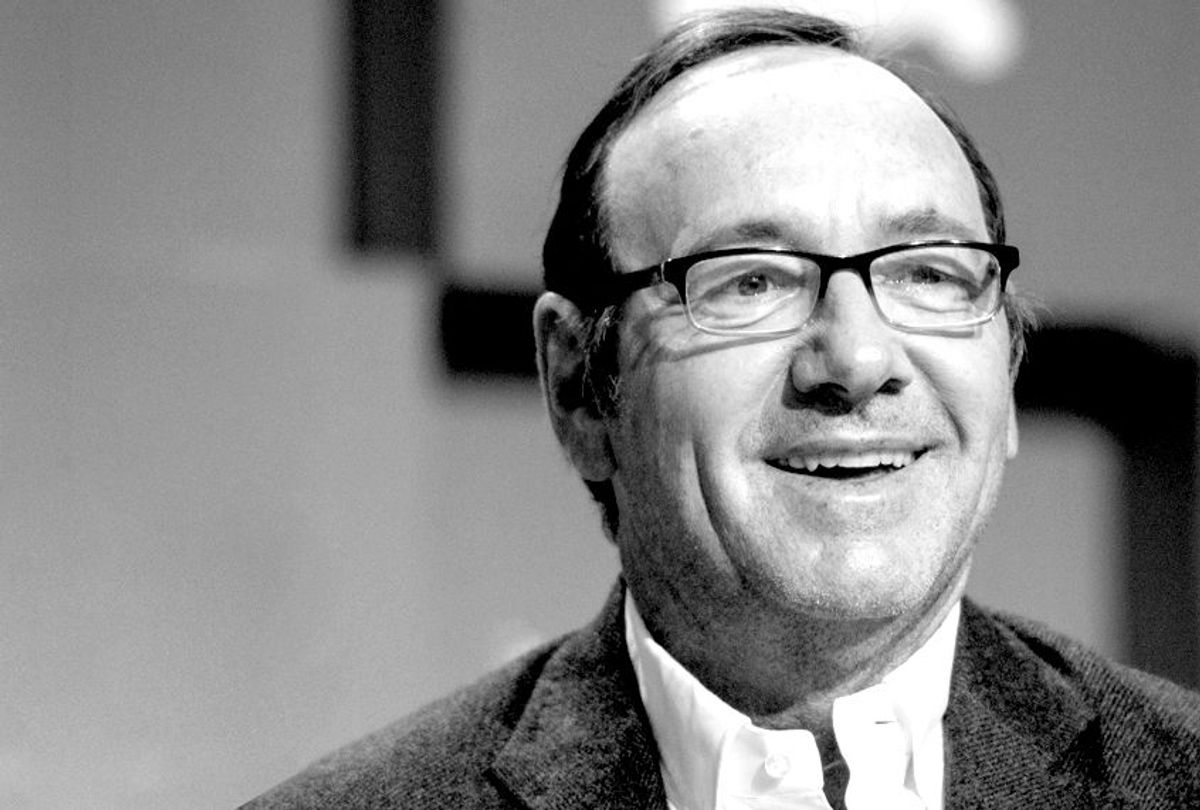 As recently as last Sunday afternoon, Kevin Spacey was an esteemed actor and producer.

Yes, anyone who wanted to know or paid attention understood he was a closeted gay man, but that was honestly of little true consequence.

Yes, a broad circle of people attentive or connected to the entertainment industry knew that he had a preference for significantly younger men of legal age, that he was flirty, that he was perhaps a little aggressive. But that was something to sigh and roll your eyes about, not much more.

Yes, an even tighter circle of those in the trade and those in the gay community that knew there was something nefarious and predatory about his behavior, that he crossed lines, that among his many young targets, there were some who may have been under the age of consent. That, however, was not a part of his larger public image.

Within a span of just six days, all of that has been upended.

Following Anthony Rapp's claims that Spacey assaulted him when Rapp was just 14, a floodgate of accusations and sharp developments has opened and, at least for now, it seems that the Oscar-winning actor has been burned to a crisp by his own alleged actions.

After Netflix cancelled and then halted production of his show, "House of Cards," and various men added their accusations to the pile, it came to light that several people attached to the production of that series were also alleging he had abused him.

As well, the world learned that Spacey's publicist quit, the powerful Creative Artists Agency (CAA) fired him as a client and London's Scotland Yard opened criminal investigations against him.

Finally, an unnamed artist claimed that he and Spacey had a "complicated" sexual relationship when the younger man was only 14, a relationship that ended in an attempted rape.

At least from Friday's view, it does indeed appear that Spacey is fully done as an active entertainer and certainly as someone who could be seen as esteemed.

At this point, it seems unlikely Spacey will ever return to the "House of Cards" set. Indeed, new episodes of that show may never surface again.

With no less than eight men attached to the production — people who were functionally his employees — alleging everything from harassment to assault and one of them claiming that he alerted Netflix and its "House of Cards" partner Media Rights Capital, it would be a massive ethical, moral, legal and public relations mistake for either company to invite Spacey back.

Indeed, Netflix and MRC have now set up a crisis hotline for employees associated with the production and representatives for the streaming giant have released a statement saying in part that it will "evaluate our path forward." It's noncommittal, but ominous in context.

As well, the second charge of sexual involvement with a minor appears even more damning than the first. Though it comes from an anonymous source, it paints a striking picture and creates a stain that rarely washes off any celebrity.

Spacey's failed apology for his alleged attempt to seduce a minor, and the way he came out while offering it, has burned any rickety bridges he might have had with the gay community. Spacey's presence there had always been tenuous due to the fact that he remained closeted. With very few exceptions, individuals within it hold him anathema now for, in their eyes, helping to compound the longstanding false perception that gayness is necessarily connected to sex with minors.

Elsewhere — and deeply relevant for his career going forward — CAA's dropping of Spacey sends a powerful message to the entertainment industry at large. While some in the community have survived being dropped from a talent agency of that level of power, they are few and far between. That move says to all that Spacey is no longer someone the industry should do business with. It's easy to imagine that unions such as SAG-AFTRA, the Producers Guild of America and others will follow that emphatic lead.

With investigations pending at Scotland Yard as well as in the halls of Netflix and The Old Vic Theatre — where Spacey was a creative director and reputedly a predator for years — it's also easy to guess that his honorary Knight of the British Empire tag will soon disappear as well as his involvement in any charity or organization he once worked with.

All of this might — that's might — be surmountable, save for one simple fact, one that differentiates Spacey's fall from that of Harvey Weinstein.

A portion of the broader public knew who Weinstein was before the charges. Those who had any interest in him understood him to be disagreeable, imperious and very far from conventionally attractive. Most who already knew of him were  likely to accept the worst news about him. For those who didn't — that is, a large portion of the public at large — he arrived along with the first exposés about him a fully formed villain.

Everyone knew Spacey. Many found him to be snide, smarmy and self aggrandizing, but for the most part, he was well regarded in the public sphere. We paid to see him on the big screen. We invited him into our homes. We knew his voice, his face. We saw him on commercials and in a handful of family films.

While it is, for many reasons, more likely that Weinstein will face criminal charges, lose his fortune and never, ever work again, the familiar Spacey actually had further to fall in the public eye.While Weinstein still grabs more headlines based on the extent and style of the allegations against him, Spacey was the true celebrity here.

More crucially, though, a new, hopefully better life for those he targeted is only just beginning as they start to heal openly and publicly. They, too, will be present whenever Spacey again tries to come into our homes. If he should return in front of the camera or on the stage — and it's easy to believe he will somehow in some way at some time — they and the stain of these charges will be there along with him, blazed across his forehead.

In terms of his public perception, Spacey is no longer who he was on Sunday afternoon. That man is dead, no matter what happens next.