The allegations mount as the actor's career seems in free fall 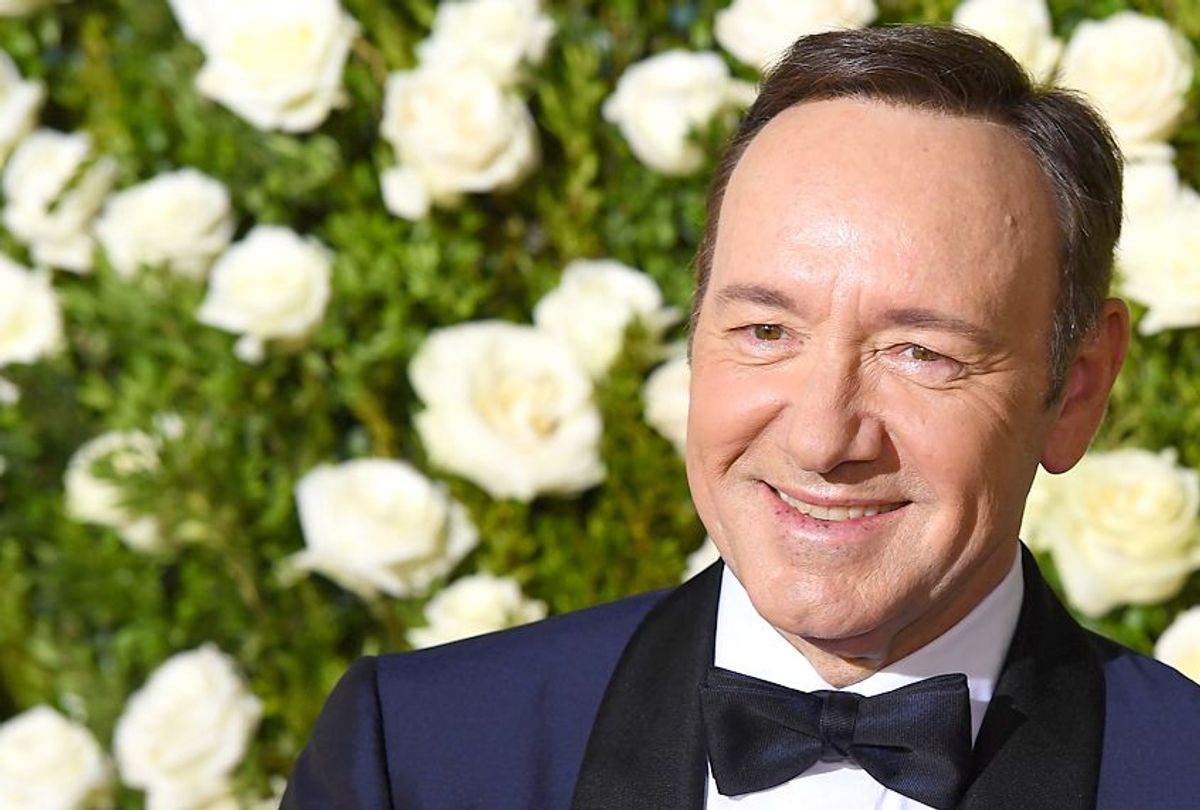 More individuals have stepped forward to accuse Kevin Spacey of sexual harassment and assault, only days after an initial report by Buzzfeed forwarded similar accusations by actor Anthony Rapp. This news comes as Spacey's brother, Randall Fowler, claimed to the press that they were both abused by their father as children.

On Sunday, Rapp claimed to Buzzfeed that Spacey had cornered him during a party in the 1980s, took him to the bedroom of Spacey's New York apartment and laid down on top of him in a sexual manner. Rapp would have been 14 at the time. Spacey responded to this allegation with a sideways apology and by coming out as a gay man, a move that angered many inside and outside of the LGBT community who felt he was using that revelation as a way of deflecting the charges.

By Monday, Netflix had already announced that "House of Cards," which Spacey stars in and producers, would be ending after its currently in-production sixth season. On Tuesday, the streaming giant halted production on the show altogether, and the International Emmys rescinded an honor Spacey was to receive this year.

Tuesday night, actor and filmmaker Roberto Cavazos came forward, claiming that Spacey had approached and harassed him while both were working at London's Old Vic Theater. While Cavazos was not clear about exactly when his negative experiences with Spacey happened, both were at the Old Vic during the older performer's tenure as its artistic director, which lasted from 2003 to 2015.

In a translated Spanish-language social-media post, Cavazos spoke less about himself and more about the atmosphere at the Old Vic. "There are many of us with a 'Kevin Spacey story'" he said. "It appears that all that was needed was a male under the age of 30 for Mr. Spacey to feel free to touch us. It was so common that it turned into a local joke (in very bad taste)."

He added that young male actors would often find themselves invited to have a chat about their futures with Spacey, only to find, in a pattern familiar with anyone who's been covering the ever-growing list of allegations against powerful men such as Harvey Weinstein and others, something very different waiting for them. Cavazos claims that Spacey would greet these actors with a "picnic with champagne on the stage, all beautifully lit up." He also noted that Spacey had a habit of "squeez[ing] whoever caught his attention."

In response, the Old Vic has released a statement saying, "Inappropriate behavior by anyone working at The Old Vic is completely unacceptable. We aim to foster a safe and supportive environment without prejudice, harassment or bullying of any sort, at any level." Reportedly, the organization is conducting an investigation of Spacey's behavior during his tenure there. Representatives for Spacey have denied any wrongdoing.

From a less reputable publication comes an equally worrying story. Filmmaker Tony Montana told Radar Online that while visiting a bar in 2003, "I went up to order a drink and Kevin came up to me and put his arm around me." He alleges that Spacey was "telling me to come with him, to leave the bar. He put his hand on my crotch forcefully and grabbed my whole package." He claims that the actor said, "This designates ownership," as he clutched Montana's privates.

Montana says Spacey then followed him into the restroom, adding, "I backed him out the door and I pushed him . .  . One of his friends was in line and I said, 'It’s time to take your boy home.' They all ended up leaving.'" Montana says the incident gave him PTSD, telling Radar, "This wasn’t something people were talking about openly."

He continues: "It still feels awkward. I still feel what I felt then. I put it into the back of my mind until I saw him come forward. When you’re trying to accomplish something in the industry, you have things that inspire you, that can help move you forward. You have set backs and haunted experiences. No matter what happens you have to keep going."

Spacey has not responded to this claim.

Again, from another sensational outlet comes the story of London bartender Daniel Beal, who told The Sun that Spacey exposed himself to him in public, then offered him a payout to keep quiet about it. Beal says that when he was 19, the actor sat next to him at a bar and showed him his penis, remarking on its size and grabbing Beal's hand in an attempt to get him to touch it.

He also claims that, after being refused, Spacey took off his watch and offered it to Beal. Beal says he accepted and sold it for approximately £3,200 (over $4,200) the next day. "I thought he was joking but he took off his watch and gave it to me," Beal told the Sun. "Looking back I realize it was to keep me quiet." He alleges that Spacey's representatives called him later, repeatedly, asking for the watch back.

He adds that this was only one interaction with Spacey, claiming that the actor had ordered drinks from him before, often touching Beal's hand in a suggestive manner when accepting them, following him outside for smoke breaks, offering him marijuana and inviting him up to his room. "Looking back," says Beal "he was trying to manipulate me from the moment he walked into the bar. In hindsight, that must have been grooming. He was just like his character in 'House Of Cards' — seedy and a bit weird." Spacey has provided no response to this allegation as well.