With his apology for the alleged assault of a 14-year-old, the "House of Cards" actor dug himself a deeper hole 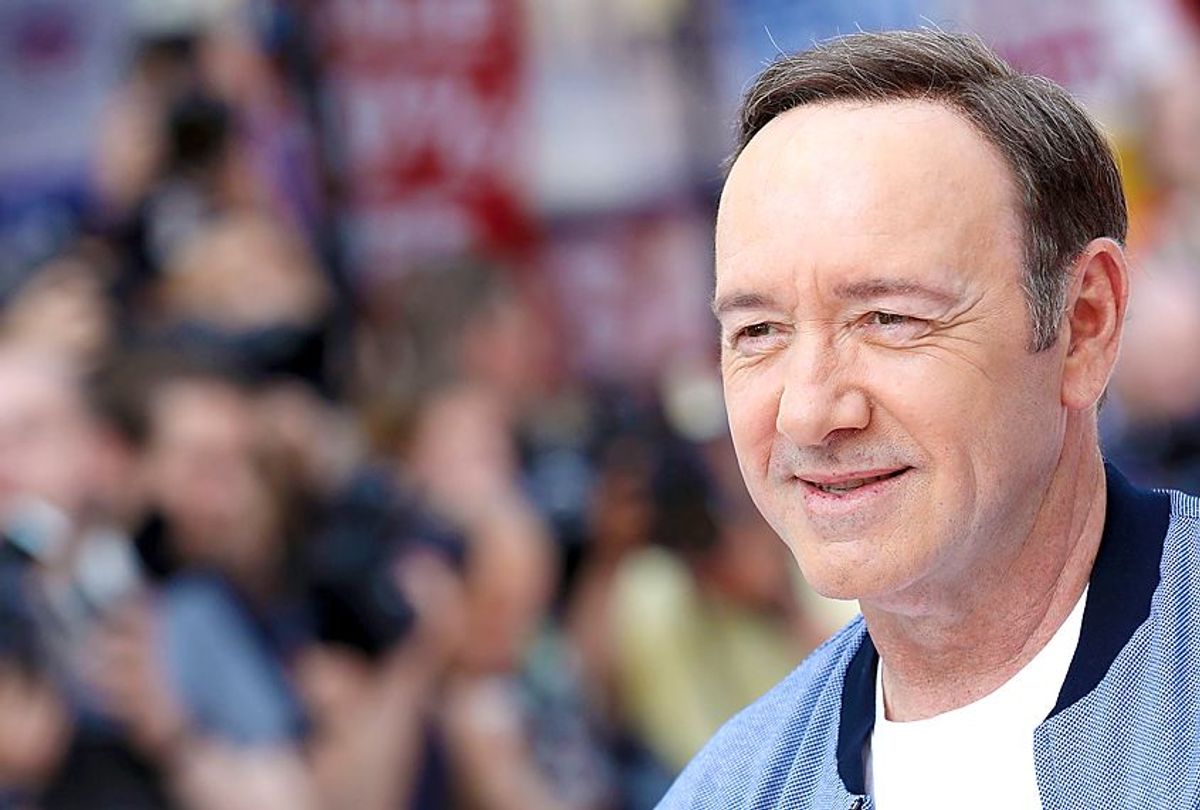 Many a Hollywood notable has mishandled allegations of sexual misconduct, but Kevin Spacey might have just surpassed everyone. When Broadway star and "Star Trek: Discovery" star Anthony Rapp came forward with the claim that the Oscar-winning actor tried to sexually assault him when he was 14, Spacey apologized by saying he did not remember the incident, but if it happened, he was drunk and that — oh, by the way — he's finally ready to come out as a gay man.

Appropriately, the LGBTQ community and its allies called out the "House of Cards" lead for using his disclosure to deflect from the very traumatic accusations Rapp described to Buzzfeed.

I've been very very gay and very very drunk many many many times but never hit on a child so Kevin Spacey needs a better apology.

Kevin Spacey has just invented something that has never existed before: a bad time to come out. — billy eichner (@billyeichner) October 30, 2017

The classiest way to come out of the closet is as a PR smokescreen to distract people from the fact that you tried to molest a child. — Guy Branum (@guybranum) October 30, 2017

I couldn't give two stuffs that Kevin Spacey is gay. Allegations he sexually harassed a child is what we SHOULD be talking about. — Sarah Harris 🌮 (@SarahHarris) October 30, 2017

It took 58 years for Kevin Spacey to cash in his gay out of jail free card. — Michael Knowles (@michaeljknowles) October 30, 2017

No no no no no! You do not get to “choose” to hide under the rainbow! Kick rocks! http://t.co/xJDGAxDjxz

Being gay is not an excuse for trying to molest children. pic.twitter.com/5mA4o0r7xm — Travon Free (@Travon) October 30, 2017

Particularly, people were deeply offended by what felt like a conflation between coming out and sexual misconduct. For many, this joint apology and coming out statement implicated the gay community as a whole.

Coming out as a gay man is not the same thing as coming out as someone who preyed on a 14-year-old. Conflating those things is disgusting — Richard Lawson (@rilaws) October 30, 2017

For a famous person to deflect these accusations with a long-in-the-making coming out is so cruel to his supposed new community it stings — Richard Lawson (@rilaws) October 30, 2017

Nope to Kevin Spacey's statement. Nope. There's no amount of drunk or closeted that excuses or explains away assaulting a 14-year-old child. — Dan Savage (@fakedansavage) October 30, 2017

Kevin Spacey sexually assaulting a minor has nothing to do with homosexuality. Also, someone should explain this to #KevinSpacey. — Aimee Carrero Rock (@aimeecarrero) October 30, 2017

I keep rereading this statement and getting angrier. Coming out is a beautiful part of being gay. Attaching it to this vileness is so wrong. — realMarkHarris (@MarkHarrisNYC) October 30, 2017

Kevin Spacey really tried to throw the entire LGBT community under a bus and call it solidarity in an effort to mask his personal failings.

Double shame on Kevin Spacey for calling on the old, tired, erroneous, and harmful idea that there’s some link between gayness and sexual predation as a distraction from his wrongs. — wikipedia brown (@eveewing) October 30, 2017

F*** Kevin Spacey for further endangering my Lgbtq community by intentionally linking his homosexuality and coming out to his pedophilia.

It should be noted that more than a few media sites fell for Spacey's apparent gambit, making his coming out the headline in articles that touched on the allegations in following paragraphs.