He’s been an influential president, but for all the wrong reasons 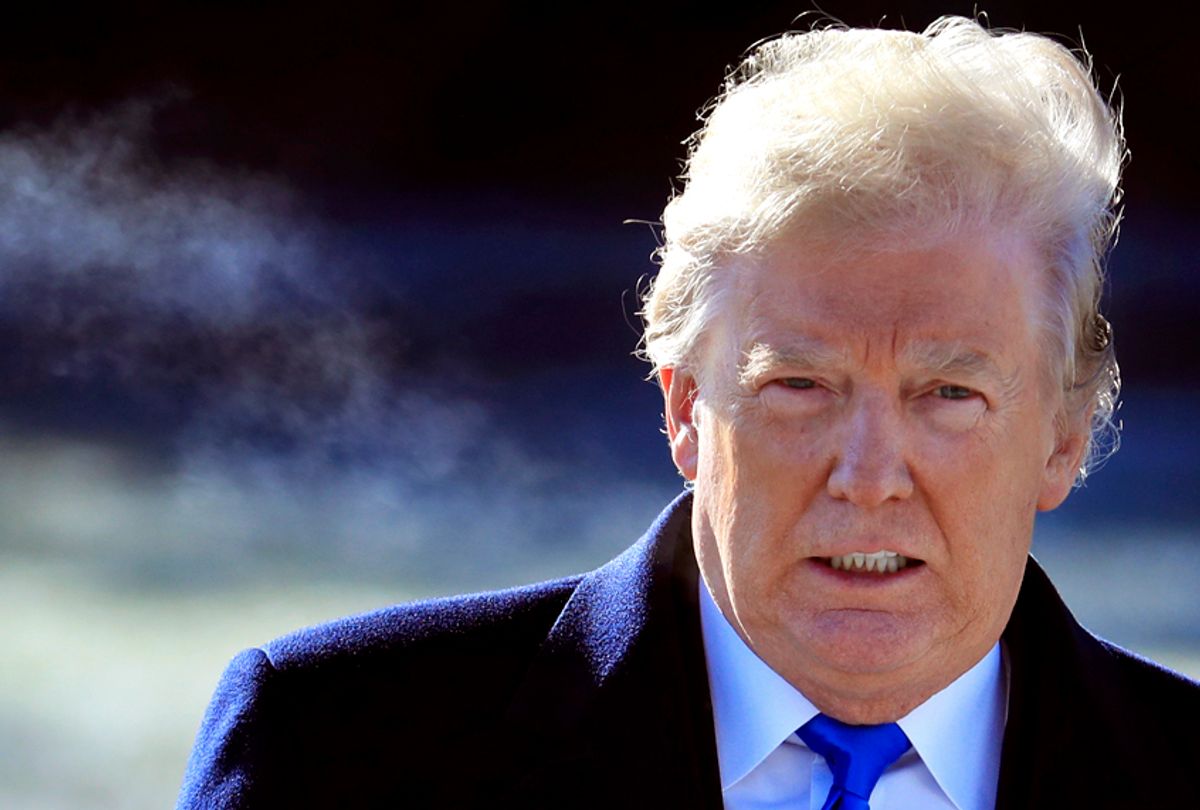 It’s become fashionable to use the New Year break for columnists and journalists to look back, look ahead and try to sum up the impact of the year’s newsmakers, primarily Trump in his first 12 months as president. Most seem to grudgingly acknowledge that the first Trump year was not as bad as some had feared, but has made the country more isolated, less internationally influential and more raw in our own divisiveness.

Want to play the game? Fashionably, here we go:

Right-leaning institutions find what they want to find to highlight: an epochal tax bill that, while billed as a middle-class cut, has radically benefitted corporations; a giant contribution in making Neil Gorsuch and a lot of other conservatives into lifetime judges; a reawakening of a so-called America First populism that disdains political correctness and demands straight talk, as long as you look past the unpleasantness of outright lies.

Left-leaning institutions beyond official Democrats see a return of the Dark Ages led by an ego-maniac would-be autocrat who wants to strip the old and sick of health coverage, to allow corporations to run wild over environmental issues, to make government serve the needs of big business.

In either view, Trump is a force who has made things happen. Not bad for a minority-elected president with the thinnest of electoral victories. Nevertheless, he acts as if he were a landslide choice as president.

You probably could make the same kind of distinctions among urban and rural views, gendered views or economic class views.

While I would put myself firmly in that leftist camp, I can’t but think that while many “accomplishments” attributed to Trump are either more happenstance events that have occurred on his watch, or the consequence of a Republican Congress occasionally being able to put together a minimal 51 vote majority or the result of actual citizen protest as in the changing attitudes toward sexual harassment, a movement that has arisen almost over the obstinacy of the government.

That Trump is an oddball among presidents, as virtually all sides agree, pushing away from predictability and precedent to pursue his own ends as a politician, businessman and individual, is indisputable. So too is the president’s non-orthodox use of social media for distribution of tons of messages and slogans that pass as public policy statements, but upon second reading just leave one confused. So too is the president’s constant need for ego massage and compliments, his insistence on turning to personal insult rather than informed views, and to dismiss “Science” and all other forms of logical thinking.

When Trump is active, it is almost always bad for my views of what makes life worth living. He is pro-America but anti-American; he is for some narrow idea of patriotism that somehow allows him to allow for Nazis and white supremacists; he is so focused on dismissing an Obama legacy that he would allow people to go broke trying to pay for health and rent, all while looking the other way while businesses spill poisons into water and air. When Trump is inactive, he makes it possible for agenda-led business people to dictate how to turn any opportunity into a new, regulation-free, privately owned toll road.

We have not yet seen the worst. His remaking of the federal budget will eliminate support for the arts and artists, will bite into Medicare and Medicaid, will attack Social Security and will make daily life worse for most. His freeing of restraint on language and poor behavior will continue to allow hate crimes to rise, will widen crude and raw partisan divides and will invite more international scorn.

Indeed, Trump has been a consequential president, just not for most things in which I believe.

I am not safer today than a year ago: Threats from North Korea, Iran, Russia, China and others loom larger than even 12 months ago. I am not better off today than a year ago: As a senior, I face a riskier landscape than a year ago, and my children and grandchildren face much worse economic choices than they did. I am not receiving better, cheaper healthcare: Indeed, I face rising drug costs without the possibility of tax deductions, fewer choices among private physicians who increasingly are deciding not to treat Medicare patients and a collapsing hospital and institutional front. I am losing support for the music I seek; for the plays, public television and radio I follow; for the nonprofit world where I work. The immigrants to whom I teach English are frightened or discouraged.

Worse, Trump has brought Orwellian language to bear on all of it. As he has worked to undercut healthcare access, he talks about a beautiful new health delivery system that never materializes. As he helps the wealthy become richer, he talks up the alleged middle-class benefits from his tax bill. As he blunders elephant-like, tromping on European alliances, Middle East balancing acts and Chinese cooperation, he talks of creating a safer, more prosperous world. He seems itching to put us at war in Korea and Iran, even as he has failed to show any effective leadership in planning for what follows the inevitable decimation of the attempted caliphate in Iraq.

He has collected a motley set of Cabinet members who are united only in their desire to destroy the goals of the agencies they head and conducts himself as a king who needn’t heed any ethical code at all. He has blistered reason and the art of actual politics.

So, please don’t say that Trump has not accomplished anything.

He has, and almost all of it has been pretty rough stuff. Forecast: It’s going to be rockier yet until the inevitable unveiling of a special counsel’s investigation of all the president’s men. Even then, there is no guarantee that this president will actually listen to the voices of America.

It is a condition that should spur us to do better.