Don't like Oprah? Fine, but we've had plenty of "inexperienced" presidents, including some of the most successful 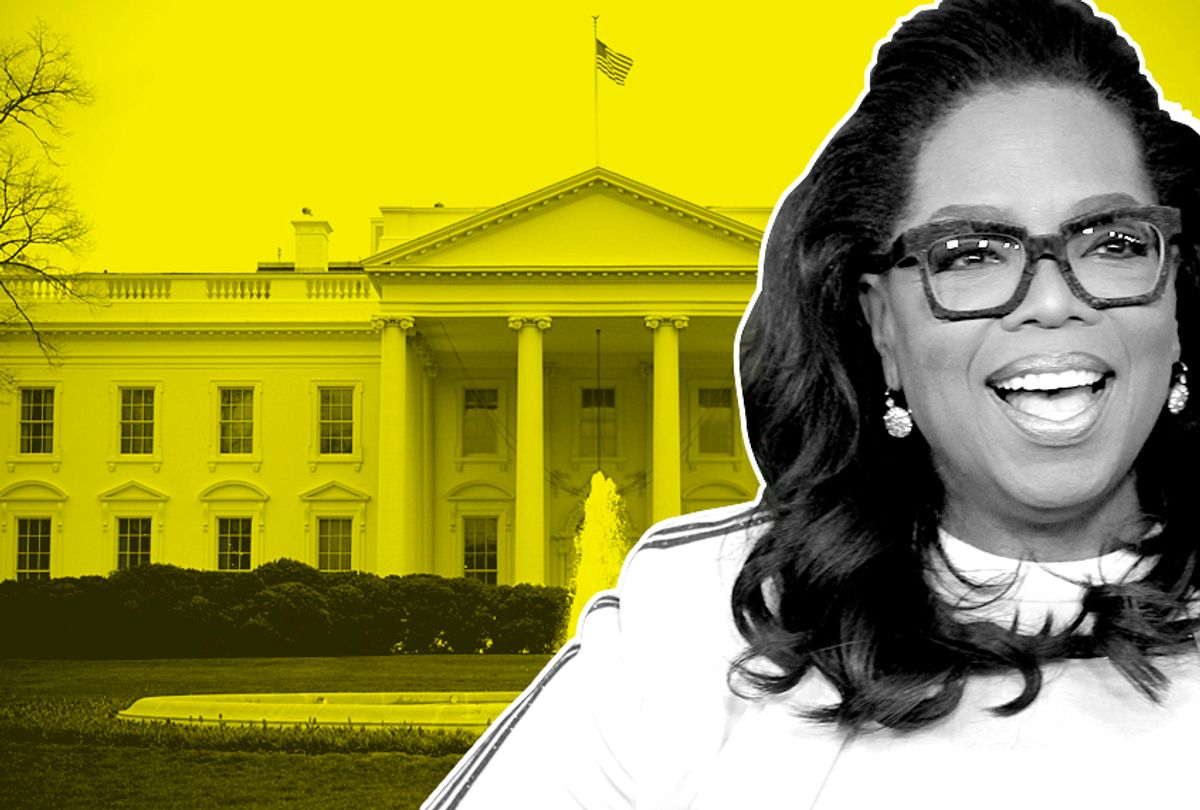 Like everyone else who doesn't own a crystal ball, I can't say for certain whether Oprah Winfrey would make a good president or not. Recent polls suggest that Americans would vote for her over Trump -- but would also prefer it if she didn't run at all. Winfrey's lack of experience, unsurprisingly, is one of the main factors cited.

Indeed, that same issue comes up whenever a prominent figure from the realm of entertainment or business or some other unrelated field hints at running for president. Recently we have heard such rumbles regarding Facebook founder Mark Zuckerberg, actor and former professional wrestler Dwayne "The Rock" Johnson and any number of other men and women who have looked at Donald Trump — the first president ever elected without any political or military experience — and thought to themselves, "If he can do it, why not me?"

Before we can answer that question, we need to stop pretending that experience, or lack thereof, has any clear relationship to whether potential presidents are actually up to the job.

Set aside ideology for a moment and simply look at some of the presidents who got the most done. You have Abraham Lincoln, who led America through the Civil War and passed a number of milestone domestic and economic laws, yet had only served four terms in the Illinois legislature and one in the U.S. House of Representatives prior to his administration. Woodrow Wilson had served only half of a single term as governor of New Jersey before emerging as one of the most influential presidents of all time in both domestic and foreign policy.

Barack Obama was frequently derided during the 2008 election for his lack of experience — like Lincoln before him, Obama had less than a decade in the Illinois legislature followed by a brief tenure on Capitol Hill as a first-term senator — but he managed to save the economy from the Great Recession and pass the Affordable Care Act during his first two years in the White House.

By contrast, some of America's most politically experienced presidents wound up being dismal failures. When James Buchanan became president in 1857, he had one of the most sterling résumés any elected official had brought to the job — service in both the House of Representatives and Senate, ambassadorships in Britain and Russia and a stint as secretary of state. Although Herbert Hoover's main political experience upon being elected in 1928 came from eight years as secretary of commerce, he had been nicknamed "Undersecretary of Everything Else" because he used his power in that department to transform the federal government on issues ranging from aviation policy to the bureau of fisheries. In addition, Hoover was widely beloved as a hero who had prevented mass starvation in Europe during World War I.

Yet what are Buchanan and Hoover remembered for today? Failing to stave off the Civil War and doing little or nothing to staunch the Great Depression, respectively.

I am not arguing that experience is utterly irrelevant, to be clear. Two of the 20th century's most successful presidents in terms of passing legislation, Franklin D. Roosevelt and Lyndon Johnson, were longstanding insiders skilled at manipulating the levers of power. Similarly, the lackluster records of recent presidents with little political experience -- most notably Jimmy Carter and Donald Trump -- can almost certainly be tied to the fact that they knew very little about how Washington operated, and displayed little desire to change that.

The real point here, however, is that the character of the president matters far more than the résumé he or she brings to the table.

Incidentally, the notion that America should avoid electing celebrities as presidents -- or that that's an exclusively modern phenomenon -- has little to do with history. Americans have always loved celebrity candidates, even if our definition of "celebrity" has evolved over the years. Andrew Jackson and William Henry Harrison were both early celebrities; their military records were less impressive than the massive cult followings they developed, which permeated the popular culture of the eras.

Other presidents have taken advantage of new technologies in ways that enhanced their "celebrity" and that proved to be important innovations, even if many contemporaries viewed their actions as undignified. Theodore Roosevelt toured the country during his 1904 presidential campaign, a gambit previously associated with two-time failed "populist" candidate William Jennings Bryan. Franklin D. Roosevelt delivered "fireside chats" on the radio. Richard Nixon spoke directly to television viewers in his "Checkers speech" of 1952 (when he was running for vice president as Dwight Eisenhower's running mate).

Personally, if Oprah Winfrey can find a way to unite the Hillary Clinton and Bernie Sanders wings of the Democratic Party, I think she has all the qualities necessary to be a great president. If I turn out to be wrong about that, it won't be because Winfrey lacked lacked political and military experience, but because she possesses other inhibiting flaws that may not be visible now. The same could also be said about a hypothetical President Mark Zuckerberg or a hypothetical President Dwayne Johnson.